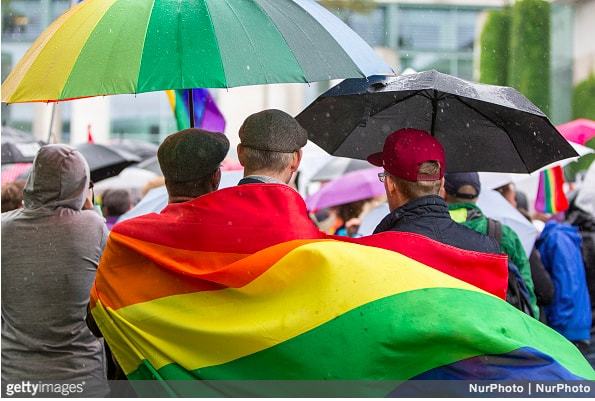 After Chancellor Angela Merkel dropped her opposition to a vote on the subject earlier this week, Germany’s Bundestrat passed a bill giving same-sex couples the same rights as heterosexual couples, including marriage and adoption.

The bill passed 393 votes to 296, with four abstentions. The vote comes at the end of Pride Month, which commemorates 1969’s Stonewall Rebellion and the related gay rights movements of that era.

Chancellor Merkel voted against the measure, saying, “For me and the basic law, it’s about the marriage of a woman and a man. That’s why I voted against it.” However, Merkel has also stated she supported adoption for same-sex couples, and that, “the values lived out in a same-sex partnership equal to those in a heterosexual marriage.”

Germany’s constitution did not explicitly forbid gay marriage, stating, “Marriage and the family shall enjoy the protection of the state.” Nonetheless, Merkel has always stood firm in her position that same-sex marriage is forbidden by the constitution.

Social Democratic Party Leader Martin Schultz tweeted in response to the decision, “Progress is possible. As the 23rd country on earth, we now have marriage equality in Germany. I’m happy for all the married couples to-be.”

Green Party Leader Cem Özdemir stated that the bill doesn’t take away anything, gives everything.”

Germany’s Senate is expected to approve the bill next week, though legal challenges are still possible.

Friday was the last day for the Bundestrat to vote on the bill before the summer recess. It was also the last day in office for openly gay Green politician Volker Beck, ending a twenty-three-year career. Beck told the German Press, “Today a bastion has fallen”.

The Netherlands was the first country to approve same-sex marriage, in 2001. It was followed by Belgium in 2003, Spain and Canada in 2005, and South Africa in 2006. Over twenty countries have since ruled in favor of marriage equality.

More recently, same-sex marriage became legal in Finland this past March. Taiwan’s constitutional court also ruled this year that same-sex couples had the right to marry, and gave the legislature a timeline to amend the law.

Chancellor Merkel’s move has been widely seen as a political move, as she is seeking her fourth term in office in September’s election. Merkel is the longest-serving leader of any country in the European Union, having held the office of Chancellor since 2005.

While Germany has had civil partnerships for same-sex couples since 2001, Merkel’s party, the Christian Democratic Union, has widely opposed marriage equality.