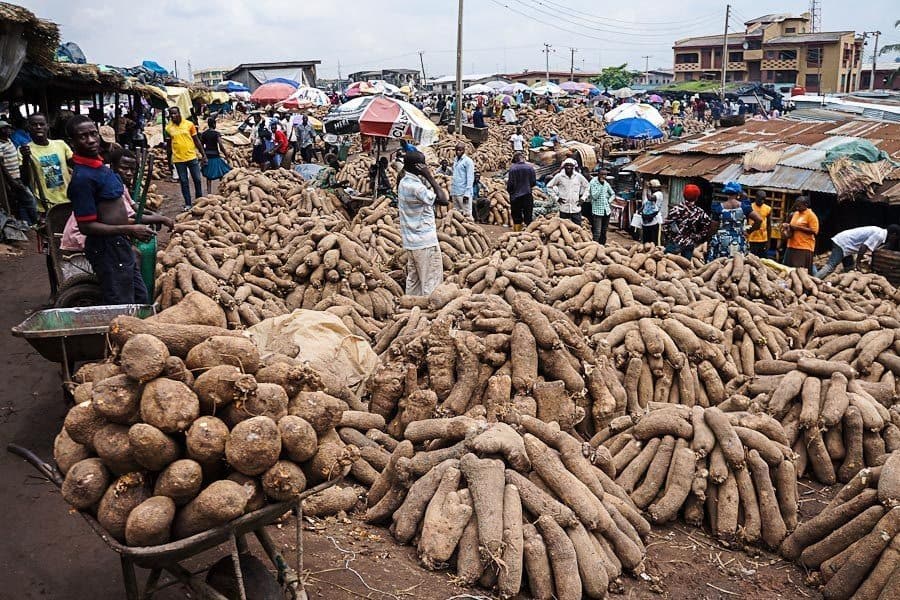 The ware Hussein ‘pushes’ around is yam, a crop majorly grown in Nigeria’s North Central states. As Nigeria grapples with food insufficiency and a depleting oil reserve, the Country is seeking ways of generating revenue while the masses are starving in the process.

Last week, Nigeria officially kick-started the exports of yam to different parts of the world in fulfillment of Buhari campaign promise to diversify the economy.

The Nigeria Yam Export was launched at Lillypond Container Terminal, Ijora, Lagos on Thursday, June 29, by the Minister of Agriculture, Chief Audu Ogbeh.

Speaking at the event, Ogbeh said: “The yams we export will in no way diminish the quantity we have at home. Indeed, most of the yams we produce rot away. Oil and gas cannot employ millions of people just like agriculture so we must work hard to move from oil to earning foreign exchange from agriculture.”

According to the UN Food and Agricultural Organization (FAO), Nigeria accounts for 61 per cent of the world’s total yam output. Ogbeh said not all of it was consumed, causing waste.

But with food shortages in conflict-hit parts of the country’s northeast and food inflation nudging 20 percent, why is the government going after political capital when the masses are dying of hunger and malnutrition? There are fears the policy could hit the masses in the pocket most that are already feeling the heat of the depleted economic degradation. 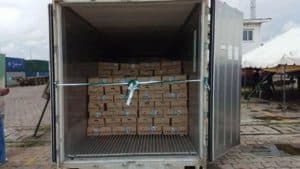 “The policy will also make our agricultural produce competitive in the international market,” he added.

According to the Director-General of the Lagos Chamber of Commerce and Industry (LCCI), Muda Yusuf, yam is hardly affordable to the local consumer so the Federal Ministry of Agriculture should have been preoccupied with improving the production of yam so that it could be available locally before thinking of exporting it.

“There is a need to get our priorities right. The major preoccupation of the agriculture ministry at this time should be how to improve productivity in agriculture. The sector is still dominated by smallholder farmers who do not have the capacity to support the realization of the vision of food security for the country.

“The sector is grappling with serious issues of high cost of farm inputs, including agrochemicals, high cost of agricultural machineries and equipment, access to land for mechanized farming, sustainable off-takers of agricultural products, access to finance (especially working capital by investors in the sector), security challenges faced by farmers because of the activities of herdsmen, and many more. These are the issues we expect the agriculture ministry to be addressing now.

“It is good to generate foreign exchange, but we have a moral responsibility to respond urgently to the problem of hunger occasioned by high cost of food,” said Muda Yusuf.

The Nigerian government should be more concern with the food shortage, suffering, and anguish of its people than trying to score a cheap political point.