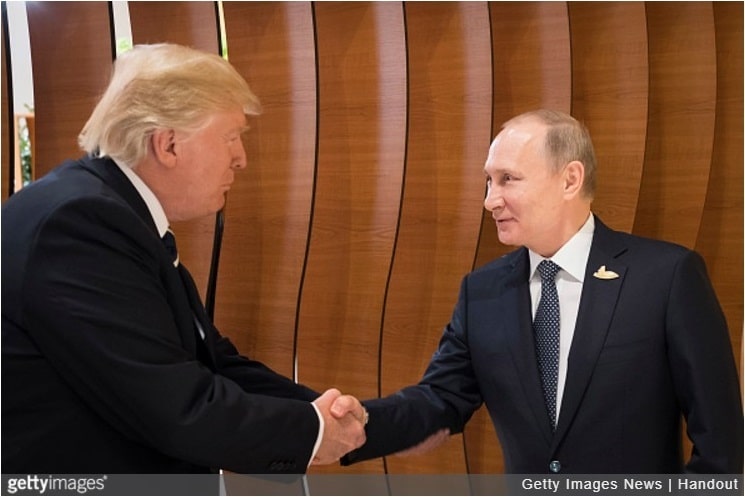 For over two hours this afternoon, President Trump and Russian President Vladimir Putin met privately at the G20 summit. The leaders discussed a myriad of topics facing the two nations, but Syria and the interference in the 2016 election took center stage.

According to an off-camera briefing from Secretary of State Rex Tillerson, President Trump opened the meeting by “raising the concerns of the American people regarding Russian interference in the 2016 election.” This came just one day after the President admitted that Russia could be behind the tampering with the election, but also said “nobody really knows for sure”, suggesting that another country could have been involved. “I think it very well could be Russia but it could very well have been other countries,” President Trump stated. This is closest to a confirmation of Russian meddling that the President has made. However, numerous intelligence officials including former FBI Director James Comey stated that there is no doubt Russia was involved.

Tillerson said that “The President pressed President Putin on more than one occasion on Russian involvement.”

After the private meeting between Trump and Putin, Russian Foreign Minister Sergey Lavrov contradicted Tillerson’s statement that Trump had accepted Putin’s assurances that Russia was not involved in the 2016 United States election. Lavrov stated (translated into English): “President Trump said he’s heard Putin’s very clear statements that this is not true and that the Russian government didn’t interfere in the elections and that he accepts these statements.” Both Tillerson and Lavrov were present during the meeting.

Up until the beginning of the meeting, US officials did not expect Trump to address the election interference with Putin.

After discussing the election, the two leaders turned to the future of potential cooperation in Syria between the nations. The meeting apparently ended with an agreement between the leaders to curb violence in Syria. Unlike before, the reports later of the Syria discussion were somewhat consistent.

Tillerson stated: “This is our first indication of the US and Russia being able to work together in Syria.” Putin was quoted as saying after the meeting, “I had a very lengthy conversation with the President of the United States, there were a lot of issues such as Ukraine, Syria, other problems, some bilateral issues.”

At the start of the conference, Trump and Putin expressed their delight at meeting with one another. Trump stated: “We look forward to a lot of very positive things happening for Russia, and for the United States and for everybody concerned.”

Putin was quoted as saying, “If we want to resolve bilateral and acute international issues, we definitely need personal meetings. I’m delighted to be able to meet you in person Mr. President, and I hope – as you have said – that our meeting with yield positive results.”