Buhari’s time has expired, Nigerians call for disclosure of the president’s health 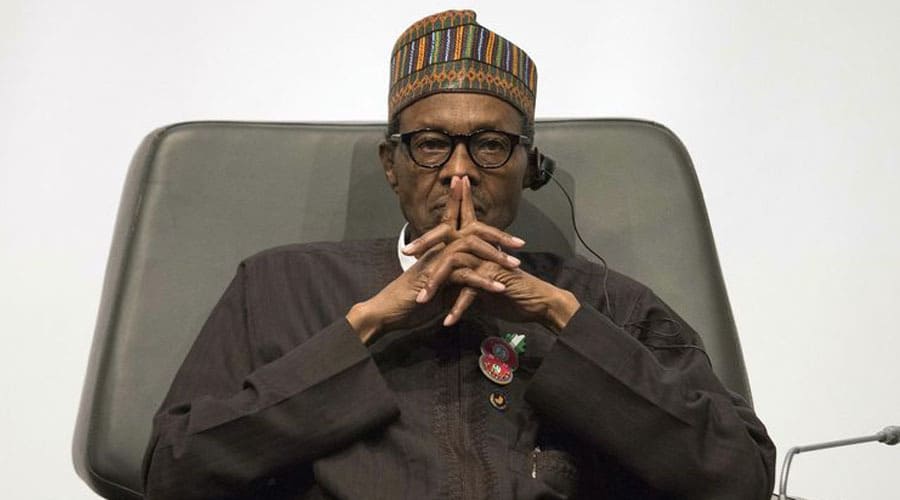 In compliance with Nigerian legal and policy frameworks, civil societies in Nigeria have started to call on the appropriate statutory entities of the Nigerian-state to initiate the processes for the determination of the health status of President Muhammadu Buhari.

Nigerians have been left in the dark with regards to the president’s health, which has been a subject of questioning for some time.

Meanwhile, as a public officer, President Buhari has now spent cumulatively about Ninety-seven (97) days Medical Leave in 2017 contrary to the provisions of Public Service Rules (PSR). The applicable PSR 070316 stipulates that the “maximum aggregate sick leave which can be allowed an officer, who is not hospitalized, during any period of twelve months shall be forty-two (42) calendar days”. Accordingly, this rule now demands the appropriate statutory entities to activate the provisions contained in Section 144 of the 1999 Constitution, as amended.

According to Dr. Ayokunle Fagbemi of the Centre for Peace, Security and Educational Research Development (CEPSERD), President Buhari’s absence from duties January 19 – March 10 and May 7 – until  June 26, 2017 can no longer be justified under the laws of Nigeria. This is because of the need to apply the 1999 Constitution imposed obligations, which President Buhari and all those occupying statutory offices swore to uphold and protect.

According to Dr. Fagbemi; “the time was up for the PMB Presidential Personality Cult (PMB-PPC), a.k.a. Cabal, to give-up and realize that the game was over in the light of relevant legal and policy frameworks.”

He pleaded with the (Cabal), renowned for coordinating the conspiracies bedeviling the presidency relations with all stakeholders in the Nigerian project. He cautioned them and their international interlocutors to deactivate all arrangements aimed at undermining the integrity of the Nigerian-state.

According to Ayokunle Fagbemi, “It is time to bring to an end the adopted sociopolitical management of cabal politics and the media spins.”

He urged the ruling All Progressives Council (APC) led Presidency to live up to the dictates of what the party purports to believe. That is, the APC as a progressive party believes “that Nigeria is greater than any individual or the sum of her Federating Units, therefore the country can only succeed when all of us have equal rights, where no one is above the law, where the culture of impunity is abolished and where there is level playing field”.

He berated the presidential media aides for adopting negative communication strategies that are opaque and laden with political intrigues in the information management of matters concerning the health status of President Buhari. He implored them to note that 2015 elected and sworn-in President of the Federal Republic of Nigeria exists by and is subject to the legal and policy frameworks of the country. He further enjoined them to desist forthwith from interjectory media releases, social media posts and media interviews that run contrary to the provisions of the constitution. This is because they have had the unintended consequences of triggering unwarranted sociopolitical controversies even as they seek to rebuild or sustain political authority around the convalescing President Buhari.

In drawing attention to the relevant legal and policy frameworks, he referred to and aligned the provisions of the 1999 Constitution, as amended, with the 2008 Public Service Rules and Regulations (including the Administrative Procedures) of Nigeria.

In order to underscore the relevance of the referenced legal and policy frameworks, Dr. Fagbemi affirmed that President Umaru Yaradua in 2008 signed-off for enforcement, implementation, and application of the Public Service Rules, terse, the Administrative Rules of Procedures that is currently in force. President Yaradua in the Foreword, he urged “all Public Servants to acquaint themselves with these Rules and Regulations as well as other extant laws for effective Public Service administration and to ensure their application in a manner that would enhance the smooth functioning of the Public Service”. For the avoidance of doubts, it is published as Federal Republic of Nigeria Official Gazette No. 57, Abuja – 25th August 2009 Vol. 96. That is, Government Notice No. 278.

Section 01010 1 emphasizes the applicability of the document to the President as a Public Officer. In part, it reads thus: ‘These Public Service Rules apply to all officers except where they conflict with specific terms approved by the Federal Government and written into the contract of employment or letters of appointment. In so far as the holders of the offices of: The President; The Vice President; Chief Justice of Nigeria; Justices of the Supreme Court….. And any other similar organs that derive their appointments from the Constitution of the Federal Republic of Nigeria are concerned, these Rules apply only to the extent that they are not inconsistent with the provisions of the Constitution of the Federal Republic of Nigeria in so far as their conditions of service and any other law applicable to these officers are concerned.’

To all intents and purposes, the Public Service Rules, contrary to pundits and the socio-politically naïve or legal novices, are glaringly applicable to the President of the Federal Republic of Nigeria. It does not in any way conflict with the Constitution. It only further reinforces, as procedures precedent, for compliance in activating the provisions of Section 144 of the Constitution.

Of major concern to Nigerians now is the need for the urgent application of PSR 070316, which expressly stipulates that:

‘The maximum aggregate sick leave which can be allowed an officer, who is not hospitalized, during any period of twelve months shall be forty-two (42) calendar days. Where such an officer has been absent from duty on the ground of ill-health for an aggregate period in excess of forty-two (42) calendar days within twelve calendar months, the officer should be made to appear before a Medical Board with a view to ascertain whether he/she should be invalidated from service. Any period of absence on the ground of ill-health in excess of the prescribed aggregate will be without pay and will not be reckoned for purpose of increment for pension.

Further; ‘An officer who is incapacitated as a result of an injury sustained in the course of his official duties shall be entitled to draw full emolument until he/she is discharged from sick leave or permanently invalidated.’

President Buhari has now been away from work for longer that forty-two calendar days at this stretch again. This would be the second time this year for a cumulative period of about ninety-seven (97) days. From a simple logical reading of this rule, as a public officer, President Muhammadu Buhari is now due for Medical Review by a properly constituted Medical Board as provided for in Section 144 (1) (b) and (4) of the 1999 Constitution as amended.