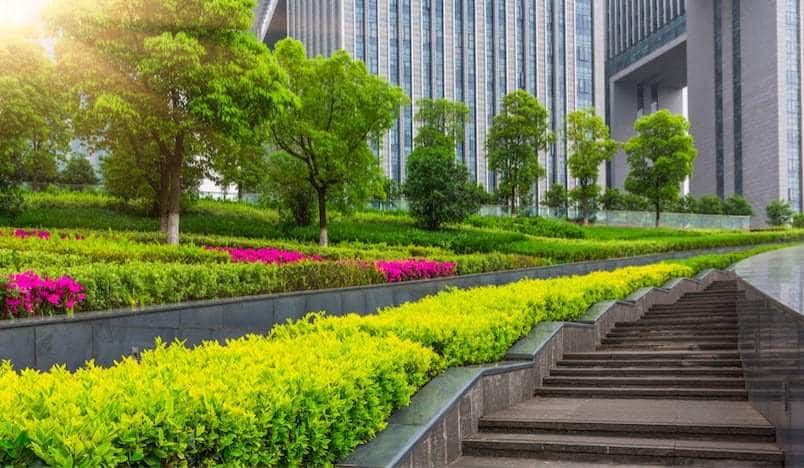 Over a month from President Trump’s pledge to remove the United States from the Paris Climate Agreement, China plans to release a fully functional “forest city.” The project uses plants from over 100 different species, and a staggering total of roughly 40,000 trees the forest city would absorb nearly 10,000 tons of CO2 annually.

Despite having a reputation for heavy pollution, China has made quite a bit of headway in recent years, in terms of curbing emissions and reducing their pollution. According to a report by The Independent, the Chinese government recently announced that it had completed construction of the world’s largest floating solar farm. China is now turning its attention towards a city, which, when completed would house some 10,000 more trees than people.

The city is designed by Stefano Boeri, who also made headlines before by designing two vertical “forest skyscrapers” for the Chinese city of Nanjing. The forest city is currently under construction in Liuzhou, Guangxi Province. Upon completion, the city would connect to the existing city of Liuzhou via fast rail services and electric cars, further illustrating China’s goal of reducing emissions.

Post construction, the city would house about 30,000 people, and not only will it absorb roughly 10,000 tons of carbon dioxide, but would also absorb some 57 tons of pollutants per year. Not to mention, the 40,000 trees would also produce around 900 tons of oxygen per year.

The plan is also aimed to create more energy-self-sufficiency China, using solar and geothermal power. According to The Independent, Mr. Boeri’s website states:

“The diffusion of plants, not only in the parks and gardens or along the streets, but also over building facades, will allow the energy self-sufficient city to contribute to improve the air quality (absorbing both CO2 and fine dust of 57 tons per year), to decrease the average air temperature, to create noise barriers and to improve the biodiversity of living species, generating the habitat for birds, insects and small animals that inhabit the Liuzhou territory.”

The question of climate change has been gaining more attention in recent years, of course, but the past few months have been crucial. A one trillion ton iceberg has broken away from Antarctica.

Meanwhile, President Trump has promised to remove the United States from the Paris Climate Agreement. President Trump is now looking towards his forthcoming meeting with French President Emmanuel Macron, who has been highly vocal in speaking out against President Trump’s climate plans. With all that is happening in regards to the climate, this new forest city looms large, and hopefully when it opens in 2020, won’t be too late.