UN Mobilizes Support for Women and Girls in Nigeria 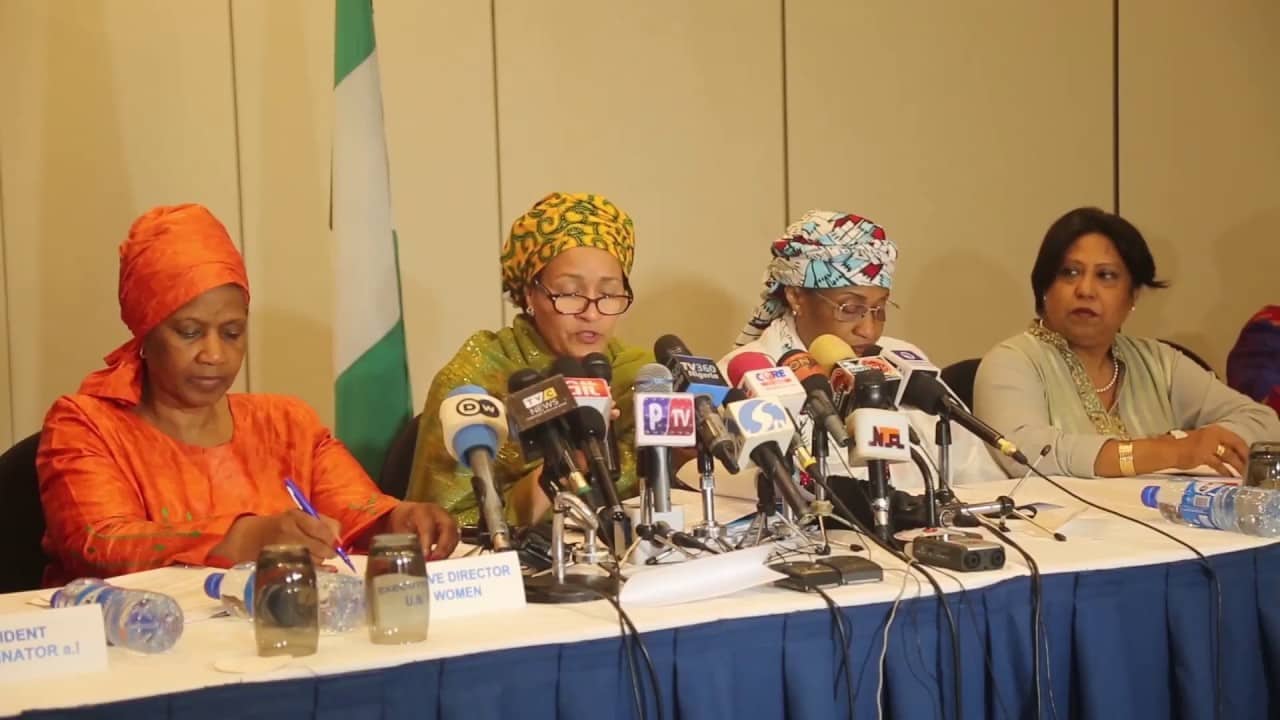 After Aisha Jummai Alhassan, politician and Minister of Women Affairs in Nigeria, made her plea last week to the People’s Democratic National Caretaker Committee in Abuja to allow the women of Nigeria more opportunities to participate in the nation’s governance and politics, the UN has urged more international support for women and girl’s of the African country.

Following in Alhassan’s footsteps, Amina Mohammed, Deputy Secretary-General of the United Nations, made the announcement on Thursday in Abuja at a conference that shed light on the organization’s findings of the issues that have been affecting the female population in Nigeria. She urged international governments and agencies to focus their energy on supporting more inclusion of women in governmental and decision-making roles, thereby making them a target for the UN’s Sustainable Development Goals (SDG’s).

Mohammed urged for induction in operations that would not only bring greater empowerment for women, but also ensuring higher quality education for young girls. She claims that there would be a reduction in the number of cases of violence against women and girls when they are in positions of power and authority. While she applauds Nigeria’s current efforts at addressing issues of violence and lack of equal rights of women, she has called upon the country to do more.

“The level of sexual violence we are seeing in the camps and communities is so alarming. “That is why we are seeking support from the international community to help integrate the women back to the society so that they can continue their normal life”, she proclaims, while emphasizing that the UN will indeed increase assistance for women and girls by investing more into the SDG’s relative to the community.

She asserts that there is a clear connection between poverty and violence against women and girls in Nigeria and urges the nation to have a zero tolerance policy against such issues and to take development more seriously.

Phumzile Mlambo-Ngcuka, Under-Secretary-General of the United Nations and the Executive Director of UN Women, echoes Mohammed’s statements by saying that the country should call for stiffer punishment for abuse offenders of women and girls.

She added that the UN has introduced a spacing method as a measure of safety in camps and communities to help victims of violence recover and find their way back into their society. In addition, she stated that the UN is considering an increase in female security officers who would be in charge of women and their safety in the camps.

Finally, she asserted that the UN genuinely believes that women should be in charge of food and welfare, bringing about more roles of power and authority.