Ethnic Based Massacres Erupt in DRC 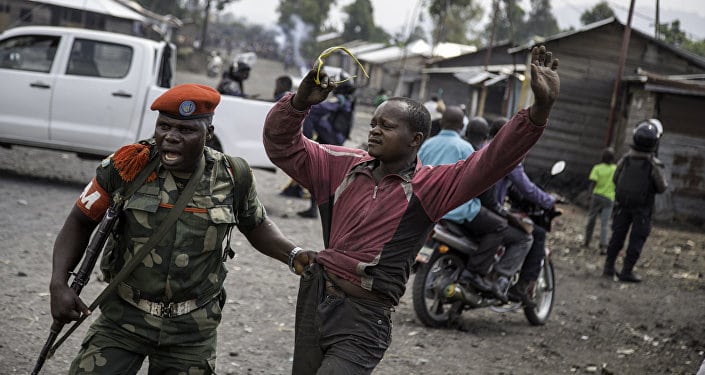 According to the UN more than 250 people, including 62 children have been killed in the Democratic Republic of Congo. The attacks apparently have been “taking on an increasing and disturbing ethnic dimension”. The UN report, which was based on interviews with roughly 100 victims, said it believed that the government may be complicit in the massacres.

About 80 mass graves has crop up in the south-western Kasai province according to the UN reports. According to The Independent, Investigators also believe that the flare-up of violence could amount to crimes under international law. “Survivors have spoken of hearing the screams of people being burned alive, of seeing loved ones chased and cut down, of themselves fleeing in terror.

“Such bloodletting is all the more horrifying because we found indications that people are increasingly being targeted because of their ethnic group,” said UN High Commissioner for Human Rights Zeid Ra’ad Al Hussein.

According to the same Independent report, Fighting began in the country in August of 2016, between the Kamuina Nsapu militia and the Kinshasa-based government. However, as recently as March of this year a new militia was formed, called the Bana Mura, which apparently has the backing of the government. “In many of the incidents reported to the team, FARDC (Government) soldiers were seen leading groups of Bana Mura militia during attacks on villages.”

“Their accounts should serve as a grave warning to the government of the DRC to act now to prevent such violence from tipping into wider ethnic cleansing.” Should the violence spread to further ethnic based cleansing there is little doubt of the international law implications, especially given the UN Human Rights Office’s belief in the DRC government involvement in the violence.

According to The Independent, among the attacks the UN detailed is a particularly harrowing one that saw the slaughter of some 90 people seeking refuge at a health center in the village of Cinq. Among the dead were patients who were trapped in a surgical ward before the building was set on fire.

Of the 251 ethnically targeted attacks, the UN attributes 150 to the Bana Mura, 79 to the Kamwina Nsapu, and another 22 to the government forces. It’s worth noting that the UN estimates of the death toll, are likely to be serious underestimations. The Catholic Church, which holds considerable power in the country, apparently more than the UN, has marked the number of casualties as high as 3,400. According to the Independent, the Church, in June, accused both the militias, and security forces of destroying as many as 20 villages in the Kasai province.

The violence has been raging since last year, after a regional leader, who was critical of President Joseph Kabila, was assassinated in a military action. President Kabila is also the subject of several protests, as the DRC is dealing with great political unrest. Rights groups claim 100 people were arrested for protesting President Kabila, who has refused to step down or hold new elections since his term ended in December.