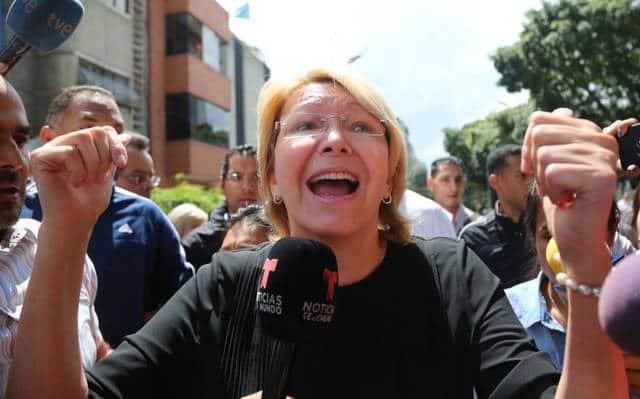 The new Venezuelan constitutional assembly has removed chief prosecutor Luisa Ortega. This deepens the political crisis in the embattled nation, as President Nicolas Maduro’s government appears to be moving quickly to consolidate power. 545 pro-government delegates voted unanimously to remove Ortega from her post amid cries of “traitor” and “justice.” The post of nation’s top law official will be filled by a staunch government supporter. Ms. Ortega had been a main challenger and protester of the government since protests began in April.

Three US marines are missing after their aircraft crashed off the east coast of Australia. In what is being called a “mishap” 26 people were involved with 23 being found in Shoalwater Bay. The III Marine Expeditionary Force  said in a statement: “The aircraft involved in the mishap had launched from the USS Bonhomme Richard (LHD 6) and was conducting regularly scheduled operations when the aircraft entered the water.” Ships and aircraft responded “immediately, the statement said, but the three Marines have yet to be found, and the search has since been called off.

The UN Security Council has decided to impose new sanctions on North Korea after missile tests. The sanctions have an eye toward countering the threat of increased ICBM tests from Pyongyang. July saw multiple tests of ICBMs in North Korea, including on on the Fourth of July.  While discussing the North Korean threat towards America, US ambassador to the UN Nikki Haley stated: “The US is taking and will continue to take prudent defensive measures to protect ourselves and our allies.” The new sanctions come on the heels of tough rhetoric from President Trump, and the sanctions will ban North Korean exports of coal, iron, iron ore, lead, lead ore and seafood.

Paul Kagame has won the Rwanda Presidential Election with 99 percent of the vote. In a vote, which according to The Independent, he called a formality. The victory gives him another seven year term presiding over the nation, after he has already served 17 years. President Kagame has led the country since his rebels aided to end the genocide of more than 800,000 Tutsis and moderate Hutus, in 1994.