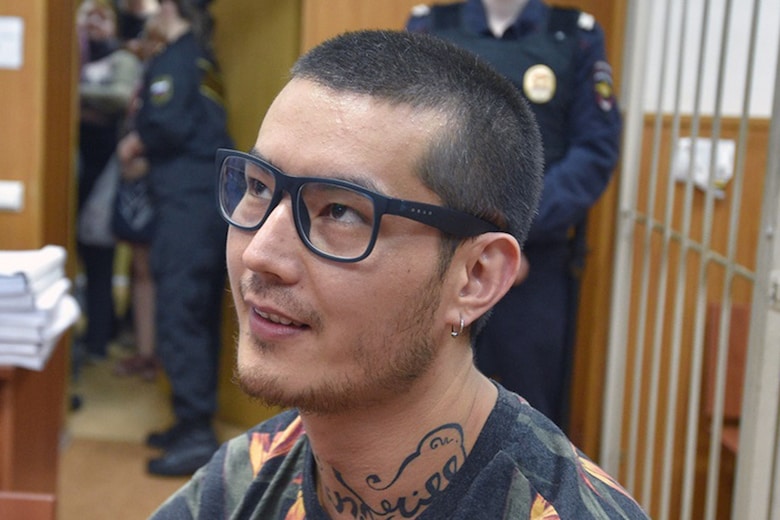 Openly gay journalist, Khudoberdi Nurmatov, who works at an investigative newspaper in Russia under the pen name Ali Feruz, faced possible deportation by Moscow to the Central Asian country of Uzbekistan.

According to ABC News, a Russian court ruled last week that Nurmatov violated immigration laws and must be removed from the European nation. He is currently being held in a Moscow migrant-detention center awaiting expulsion. Activists feared that Nurmatov may face torture and imprisonment. However, Moscow City Court has decided to suspend his deportation to Uzbekistan.

Uzbekistan, according to non-governmental human rights watchdogs such as Human Rights Watch and Amnesty International, categorize Uzbekistan as an authoritarian state with limited to no civil rights. In addition to the outlaw of homosexuality, there is essentially no freedom of the press as the government continues to imprison any journalist that speaks out against the country’s repressive regime. There is also a modern form of slavery taking place within its borders.

As stated on the Human Rights Watch’s page on Uzbekistan, the nation’s “long-serving authoritarian ruler Islam Karimov died in fall 2016 following almost 27 years of rule. But his death and the installation of former Prime Minister Shavkat Mirziyoyev as president failed to usher in any meaningful improvements in Uzbekistan’s abysmal human rights record. Thousands of people are imprisoned on politically motivated charges. Torture is endemic in the criminal justice system. Authorities continue to crackdown on civil society activists, opposition members, and journalists. Muslims and Christians who practice their religion outside strict state controls are persecuted, and freedom of expression is severely limited. The government forces more than a million adults and some children to harvest cotton under abusive conditions. Authorities still deny justice for the 2005 Andijan massacre, in which government forces shot and killed hundreds of protesters. Lesbians, gays, bisexuals, and transgender people face deep-rooted homophobia and discrimination.”

As the case continued to draw international attention, activists such as Nils Muižnieks, the European Union’s human rights commissioner, called upon Russia to release Nurmatov to spare him any possible pain and suffering. “It should be recalled that international law prohibits sending a person to a country where there are substantial grounds for believing that the person may be subjected to torture or ill-treatment,” he published in a facebook post.

Despite the fact that Nurmatov is indeed Russian-born and his mother is a Russian citizen, Uzbekistan is where he fled several years ago after being tortured by the country’s security services. According to his lawyer, he was pressured into becoming a government informant. Uzbekistan currently holds thousands of political prisoners while accounts of torture are well-documented. Furthermore, the nation’s LGBT community also faces significant persecution as sex between two men is a criminal offense that is punishable by up to three years in prison.

In 2011, after fleeing Uzbekistan, Nurmatov made his way to Moscow where he began working for the crusading Novaya Gazeta, a newspaper where he covered refugees and abuses against migrant workers in Russia.

In 2015, he requested asylum after he lost his passport and went undocumented. However, he was rejected and subsequently arrested by police while on his way to work.

There is currently a change.org petition, calling for Russian authorities to reverse the decision and release Nurmatov altogether. As of this writing, it has gathered over 60,000 signatures.

Although not as abysmal as Uzbekistan, Russia has been under scrutiny for its treatment of LGBT citizens. Reports that were released earlier this year disclosed that local authorities were alleged to have kidnapped and tortured dozens of men accused of being homosexual in the southern Russian republic of Chechnya.

Despite the Kremlin pledging to investigate the matter,  it has since been accused of trying to cover up the persecutions and protecting the authorities of Chechnya.

Ramzan Kadyrov, president of Chechnya, has repeatedly and forcefully denied the accusations of any persecution taking place, claiming that there is no gay men in his country and “If there are any, take them to Canada.”

A Moscow court heard his appeal of the deportation order on Wednesday. Tatiana Glushkova, another one of Nurmatov’s attorneys, says she hoped the Russian judge will accept the order by the European Court of Human Rights to stop the deportation.

In response to the court’s decision to refrain from sending Nurmatov to Uzbekistan, Denis Krivosheev, Amnesty International’s Deputy Director for Europe and Central Asia, released a statement saying “The suspension of Ali Feruz’s deportation to Uzbekistan – where he faces a real risk of persecution and torture, and where homosexuality is a crime – is a positive step. However, his continued detention despite his claims he has been beaten is disgraceful. He has committed absolutely no crime and it could take months or even years before a final decision by the European Court of Human Rights.”