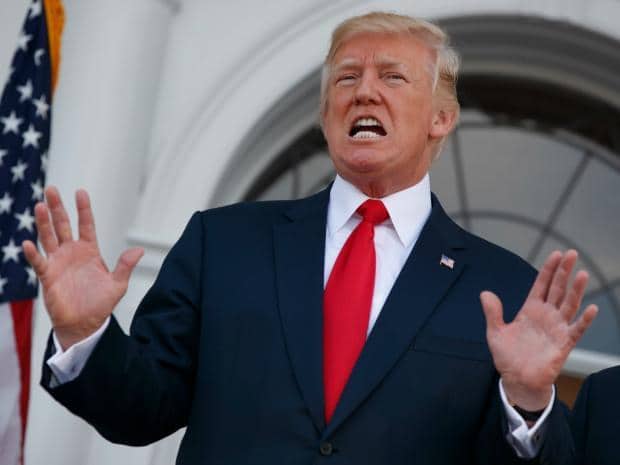 Donald Trump warned North Korea that a military option is “locked and loaded” in an escalating war of words between US and North Korea.

Trump warning came after North Korea said it has finished a plan to fire missiles toward the western Pacific island of Guam, a U.S. territory.

Since he last made headlines, warning Pyongyang about their recent arm’s developments, President Trump has not toned down his rhetoric. In light of the advancements of the North Korean missile and nuclear programs, President Trump was tough in his remarks, promising ‘fire and fury’ as a response to the continued Pyongyang aggression. The president has only sharpened his rhetoric in recent days, as the situation has escalated.

Since his initial remarks, the president has suggested that perhaps his words had not been “tough enough.” He further warned that North Korea risks being “in trouble like few nations have ever been.” His increasingly tough words towards Pyongyang have rattled allies and adversaries alike, leading to the letter from congress.

According to The Independent, other nations in the region have since been made to feel uneasy as the tensions and rhetoric have risen. As President Trump intensified the situation with his remarks, China warned that “such a hostile approach will do little but make things worse.”

According to The Independent, the latest remarks came on the heels of a threat through North Korean state-run media. The threat claimed that Pyongyang was formulating plans to attack the US territory of Guam, with what it called “historic enveloping power. The Democratic People’s Republic of Korea (DPRK) also taunted the president, calling him “bereft of reason,” and claiming that “only absolute force can work” on someone like him.

In the President’s response, he specifically talked about North Korean leader Kim Jong-un, stating: “He has disrespected our country greatly. He has said things that are horrific. And with me, he’s not getting away with it. He got away with it for a long time between him and his family. … This is a whole new ball game.”

According to The Independent, this does not mark the first instance of North Korea threatening Guam, though it is the first of the Trump Presidency. However, the state-run media claims that it has plans to attack Guam with four missiles, completed by mid-august. President Trump dispensed with a question about a preemptive strike saying: “We don’t talk about that. I never do.” However, he also stated his intentions of investing billions into missile defense to protect the US.

As he further tried to massage the worries of US citizens, President Trump had this to say: “The people of this country should be very comfortable, and I will tell you this: If North Korea does anything in terms of even thinking about attack of anybody that we love or we represent or our allies or us, they can be very, very nervous. I’ll tell you why. And they should be very nervous. Because things will happen to them like they never thought possible, OK? He’s been pushing the world around for a long time.” Sentence structure aside, the President backed up his remarks stating it was “not a dare,” but rather “a statement of fact.”