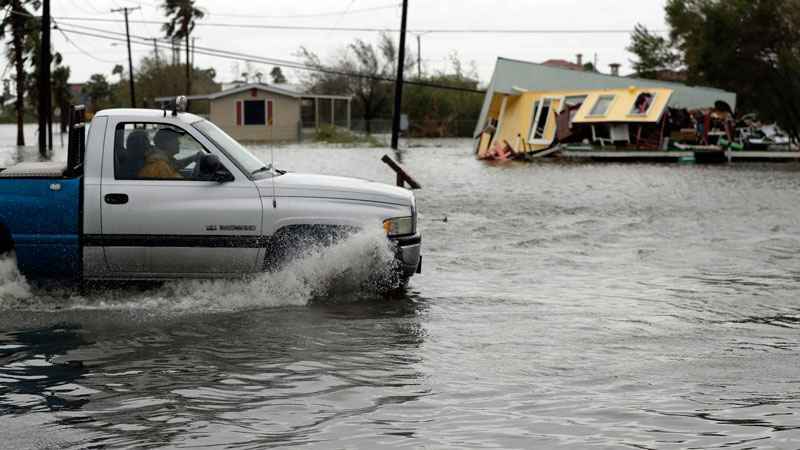 It has been confirmed that one person has been killed in a house fire caused by the destruction of Hurricane Harvey in Texas.

Charles J. Wax, mayor of Rockport, Texas, confirmed on Saturday in a news conference that the victim was found after the storm has passed through the inland. As a city on the coast of Texas, Rockport suffered major damage during the storm. The mayor did not provide any additional details about the victim.

At its peak, the storm reached category 4. It has since been downgraded to category 1 as of this morning. However, rain and strong winds continued to exert damage to the coast as the storm passed over the area.

Charles Bujan, mayor of Port Aransas, was told from local police that the Pioneer Trailer Park experienced a “100-percent loss.” There has also been extensive mobile and phone signal outages in the area.

Search and rescue efforts are underway, but continue to be blocked by large amounts of debris and ongoing wind and rain.

“We had to send heavy maintenance equipment in before the police to clear the highway. No one should consider returning or visiting Port Aransas until further notice,” Mayor Bujan told a local news station.

According to the United Nations, President Donald Trump has failed to “unequivocally and unconditionally reject and condemn racist hate speech and crimes in Charlottesville and throughout the US,” and the intergovernmental organization has condemned Trump because of it.

“There should be no place in the world for racist white supremacist ideas or any similar ideologies that reject the core human rights principles of human dignity and equality,” said the UN Committee on the Elimination of Racial Discrimination.

Despite the fact that the committee did not criticize the president by name, it emphasized that it is calling on the United States government, in addition to high-level politicians and public officials, “to address the root causes of the proliferation of such racist manifestations.” 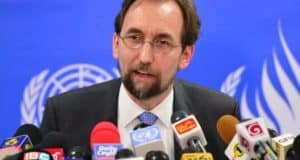 Trump was able to gather supporters in Phoenix, Arizona on Tuesday, as he defended his response to the white-supremacist organized rally in Charlottesville, Virginia.

He proceeded to accuse the “fake media” of misreading and misrepresenting his response to the protests and counter-protests, where he said there was blame for the violence “on all sides”

According to Anastasia Crickley, chairperson to the UN committee of 18 independent experts, “We are alarmed by the  racist demonstrations, with overtly racist slogans, chants and salutes by white nationalists, neo-Nazis, and the Ku Klux Klan, promoting white supremacy and inciting racial discrimination and hatred. We call on the US Government to investigate thoroughly the phenomenon of racial discrimination targeting, in particular, people of African descent, ethnic or ethno-religious minorities, and migrants.”

The committee also made it clear that it wants the United States to uphold the rights to freedom of speech, expression, association, and peaceful assembly, but are “not exercised with the aim of destroying or denying the rights and freedoms of others.”

According to the South Korean military, North Korea has fired “several unidentified” projectile into the sea off its east coast.

The South Korean Office of the Joint Chiefs of Staff confirmed that the projectiles were short range missiles and landed to the east of North Korea’s Kangwon province in the Sea of Japan.

South Korea, along with the United States, are currently in the process of determining what the projectiles were, while officials have declined to say whether the launch included ballistic missiles, the type of missiles that are said to cause major damage.

“The military is keeping a tight surveillance over the North to cope with further provocations,” said South Korean officials.

Saturday’s launch comes in between escalating tensions between the two countries and as the US and South Korea begin a large scale military exercise in which the mission is to prepare for the consequences of an attack by North Korea.

The launch is the first by the North since it test-fired an intercontinental missile on July 28. It was believed the attack could have reached parts of the US mainland.

It was that missile test that prompted President Donald Trump to proclaim that if North Korea continued to pose a threat to the US, then the country would be met with “fire and fury the like of which the world has never seen”.

This declaration was met with a warning from Pyongyang that it could fire four ballistic missiles at the US island territory of Guam, surrounding it with a “ring of fire”. The Pacific island is home to US military bases.