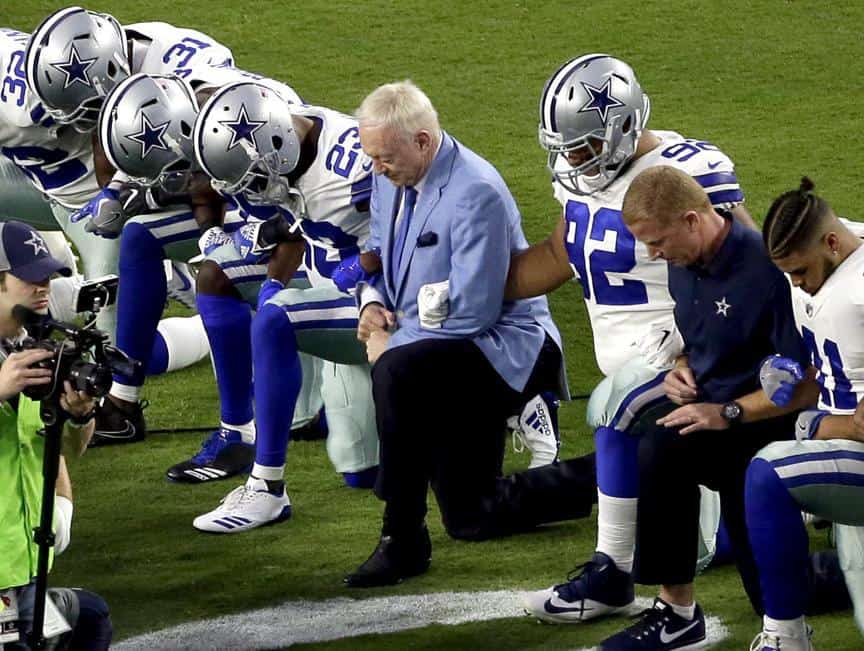 Dallas Cowboys before the anthem

Share
Posted: September 26, 2017 at 7:56 pm   /   by Conor Baker   /   comments (0)
tags:
Over the past five days, President Donald Trump has become embroiled in a controversy few saw coming. As he attacked NFL players for kneeling during the national anthem at football games, President Trump tweeted some 20 times, espousing his displeasure. However, during this time he spent little time talking or tweeting about Puerto Rico. As Puerto Rico has been decimated by Hurricane Maria and is now in the throes of a humanitarian crisis, President Trump tweeted just four times about the US territory’s wellbeing.

“I wasn’t preoccupied with the NFL.” Said President Trump when asked if the NFL is why he overlooked Puerto Rico so heavily. “I was ashamed of what was taking place.” President Trump was more ashamed apparently, that professional athletes were exercising their right to protest than he was at how Puerto Rico was harmed by natural disaster.

At a rally in Alabama on Friday, President Trump announced his displeasure with NFL players who protest the National Anthem by kneeling. Beginning last season with then-San Francisco 49ers QB Colin Kaepernick, many other players had begun protesting the anthem to shine the spotlight on police brutality and killings of black people.

The president, in response to the protests, said: “Wouldn’t you love to see one of these NFL owners, when somebody disrespects our flag, to say, “Get that son of a bitch off the field right now. Out. He’s fired. He’s fired!” Many athletes and sports personalities were vocal in their disagreement and anger at the president’s incendiary remarks. Among these people was NFL Commissioner Roger Goodell who said: “Divisive comments like these demonstrate an unfortunate lack of respect for the NFL, our great game and all of our players.” Kaepernick mother was also quick to react with a tweet when she replied to Jamil Smith on tweeter

Guess that makes me a proud bitch!

The league responded in a truly emboldening display, across the league, players and owners, stars and role-players, black and white, joined arms and stood up to the president. After his profanity-infused speech against some of the NFL’s players, the league answered strongly. First, in the Ravens-Jaguars game in London, all of the players locked arms and took a knee during the anthem. Across the Atlantic, the Pittsburgh Steelers refused to even leave their locker room during the anthem. And across the country owners stood tall with their players in a show of solidarity, and indeed support for them and their rights. In perhaps the most striking display, the game’s most recognizable and public owner, Jerry Jones of the Dallas Cowboys locked arms with his players and took a knee with them. 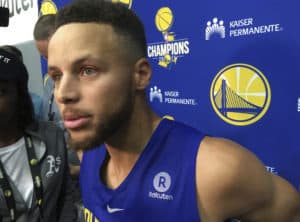 President Trump made further waves after rescinding the Golden State Warriors invitation to the White House, amid reports that Stephen Curry was trying to convince other players not to attend. Curry said later that he didn’t want to go anyway, and LeBron James was quick to defend his three-time finals opponent calling President Trump a “bum,” and saying that being invited to the White House was only an honor before he became a tenant.

Going to the White House is considered a great honor for a championship team.Stephen Curry is hesitating,therefore invitation is withdrawn!

U bum @StephenCurry30 already said he ain’t going! So therefore ain’t no invite. Going to White House was a great honor until you showed up!