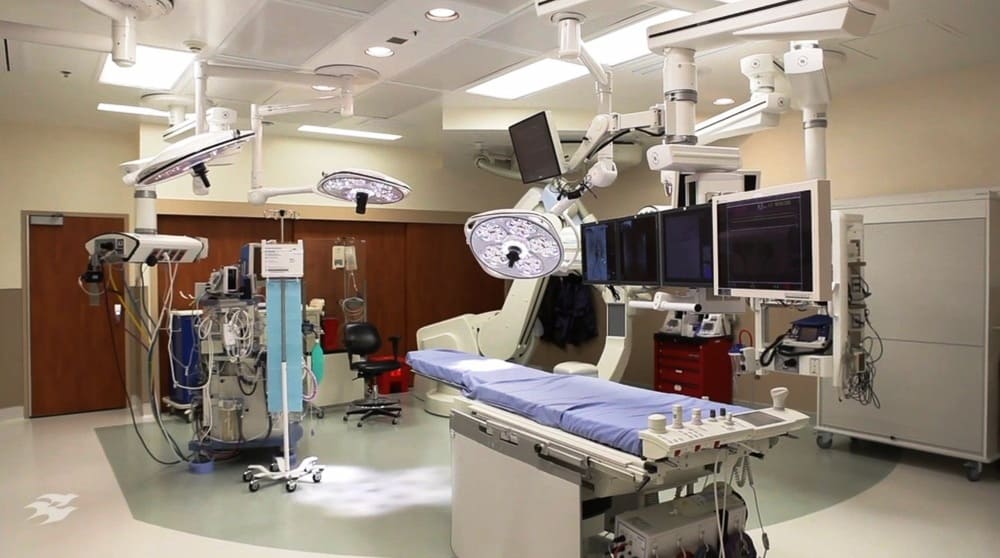 Patients in hospitals across Nigeria are currently stranded due to an on-going strike action by Joint Health Sector Union in the country.

The union comprises of nurses, laboratory scientists, physiotherapists, and others, who are about 96 percent of health workers and care providers.

The industrial action which was initially believed would come to an end last week is currently biting harder with thousands of hospital patients stranded without medical attention.

Checks by Caracal Reports at some of the hospitals managed by the Federal government in the country revealed that patients are currently left unattended while others who are due for discharge cannot leave the hospitals because they are not being attended to by the medical practitioners.

It was also observed that some of the emergency patients brought to the hospital were returned by relations as there was no medical attention given to them due to the industrial action.

A relative of a patient at the hospital, Lateef Folorunsho, told Caracal Report that “Despite that, we have paid the necessary bills that were given to us in this hospital, my brother is yet to be attended to or given any treatment since the commencement of the strike action. He has been in serious pain on the bed over there. Though one or two doctors do come once in a while to check on him, this is not what will heal him”.

The case was a little different at the Lagos University Teaching Hospital, Idiaraba, Lagos. At LUTH, Our reporter saw patients being attended to and operations were seemingly smooth, but some hospital wards were also packed with patients who were not getting any medical attention.

Some of the patients, who spoke with Caracal Reports, explained that the medical officers at the hospital decided to leave them to fate since the government was not ready to listen to their plight.

“We have been here without attention. We hope today will be different. We implore the government to attend to them so that we will not die here”, a patient who simply identified herself as mama Chinyere said.

Other checks by our correspondent at sections like the mortuary, dental and others wards saw only a few staffs of the medical institution at work.

“How do you expect workers to continue working when we are not being attended to by the federal government for over years? Our demands are not yet met and we are expected to continue working. It is better we paralyze the sector so that government will know how important we are in this country”, a worker spoke with Caracal Reports anonymously said.

Meanwhile, at Federal Medical Center, Owo, Ondo state, the situation was not different.

Our reporter gathered that relatives of the patients who could not risk the lives of their lives have started vacating them to private hospitals.

Oluseun Osunrayi who was in the hospital to seek medical help for his sick younger sister, said “I pray that my sister will not die here. She has not been attended to by the staff again due to the strike and I am not buoyant enough to take her to a private hospital”.

Oluseun called on the federal government to consider the needs of JOHESU in order to save lives of Nigerians who are dying in the hospitals across the nation.

Caracal Reports, at Federal Medical Centre Idi-Aba Abeokuta, gathered that the staffs of the hospital have been on strike for about a week.

The development was said to have led to the death of some of the abandoned patients in some wards at the hospitals.

A peep by our correspondent into some of the departments in the hospital like; Pharmacy, Cardiology, Labor Ward, General Out-Patient Department and others, revealed scanty workers at work.

One of the workers at GOPD of the hospital, who simply mentioned her name as Folake, said, “We are not supposed to be here based on directives from JOHESU, but we decided to come in order to save some lives”.

It was also gathered that in Lokoja, Kogi state, patients were being moved out of Federal Medical Center because of the strike action. A staff of the medical center, Eleojo Blessing, told Caracal Reports that most of the workers in the hospitals have yielded to the directives of JOHESU, thereby, leaving the patients to their fate.

“Most of us have decided to join the strike on directives of JOHESU so that government can listen to us. This is the only language Nigeria government understands and we are ready to express ourselves with it”.

Meanwhile, an executive of the human right group in Nigeria, Civil Liberty Organization, Mr. Dandy Eze, has said the failure of the government to listen to the plight of health workers in the country may lead to legal action.

“It is unfortunate that our government does not take lives of citizens serious in this country. If not, health workers are not expected to be seen going on strike. Look at the millions of naira they waste on senators, are they as important as health workers in this country? If they fail to do the needful on time, we have to go to court”.

JOHESU shut down operations in public hospitals in Nigeria due to the prolonged delay by the Federal Government in meeting their demands dating back to 2012.

The demand of the union include; revamp of infrastructure in the tertiary health institutions; report of the inter-ministerial sub-committee on critical matters in the health sector and professional autonomy; non-payment of backlog of arrears, residency training; appointments of consultants and payment of specialist allowance; and implementation of the National Health Act, among others.