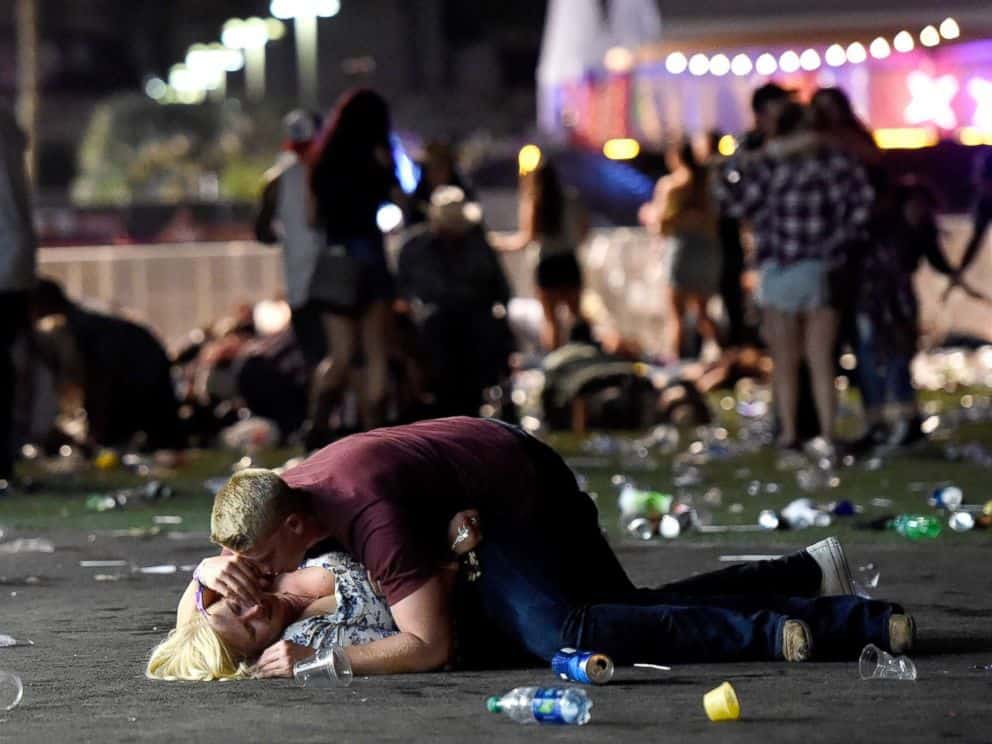 Shots were fired on the Las Vegas Strip late last night, turning a concert into a bloodbath. A man opened fire from a hotel window at a Jason Aldean concert taking place below. 59 people were killed and more than 500 others were injured amid the chaos. The shooting began at roughly 10:08 p.m. pacific time, as the shooter, fired from the 32nd floor of a hotel, down at the concertgoers.

This marks the deadliest mass shooting in the history of the United States. Police have identified the gunman as 64-year-old Stephen Paddock. Paddock unleashed a hailstorm of bullets from the 32nd floor of the Mandalay Hotel across the street from the concert venue. However, police have been unable, at this point, to figure out a cause for the massacre. Mayor Carolyn Goodman described the gunman as “a crazed lunatic full of hate.”

Concertgoers originally thought that the sounds of gunfire were firecrackers. However, the scene quickly turned horrific as people began falling to the ground, and others ducked for cover. Thousands ran for their lives, running in any direction they could. Many were injured in the ensuing stampede, and several more were hospitalized with injuries sustained while climbing fences.

Police have stated that Paddock was not on their radar, and were not sure how this could have been prevented. Paddock has since been identified to be a former accountant, who enjoyed gambling and wasn’t politically inclined. He had bought multiple firearms, however, police believe they were purchased legally, and Paddock showed no previous signs of violence. However, he had 10 rifles with him in the hotel room and hundreds of rounds of ammunition. One of the rifles, the police believe was modified to function as an automatic weapon.

Authorities have further indicated that Paddock killed himself before they arrived. In addition, in a search of his house, authorities found 18 more guns, explosives and thousands of rounds of ammunition. It is believed that Paddock acted alone in the massacre, using a hammer to break the hotel window. The shooting is not currently believed to be linked to either domestic or international terrorism.

Hundreds of people remain in the hospital as their wounds continue to be treated. Their injuries include from gunshot wounds, shrapnel wounds, and cuts and injuries sustained from climbing fences and trampling from fleeing concertgoers. With so many in the hospital, hundreds have come out to donate blood to the victims. Lines have been forming all day to try and help, and there are indications that some have been waiting eight hours to donate blood to those in need.

President Trump has scheduled a moment of silence on the South Lawn of the White House. Many figures from Senator Bernie Sanders to Jason Aldean himself have been quick to give their thoughts and prayers to those injured or affected by this heinous act. People who are still looking for missing friends and family after the attack can call 866-535-5654. Facebook has set up a crisis response page to help people determine whether their loved ones are safe.

Las Vegas massacre ( some may find this video disturbing )