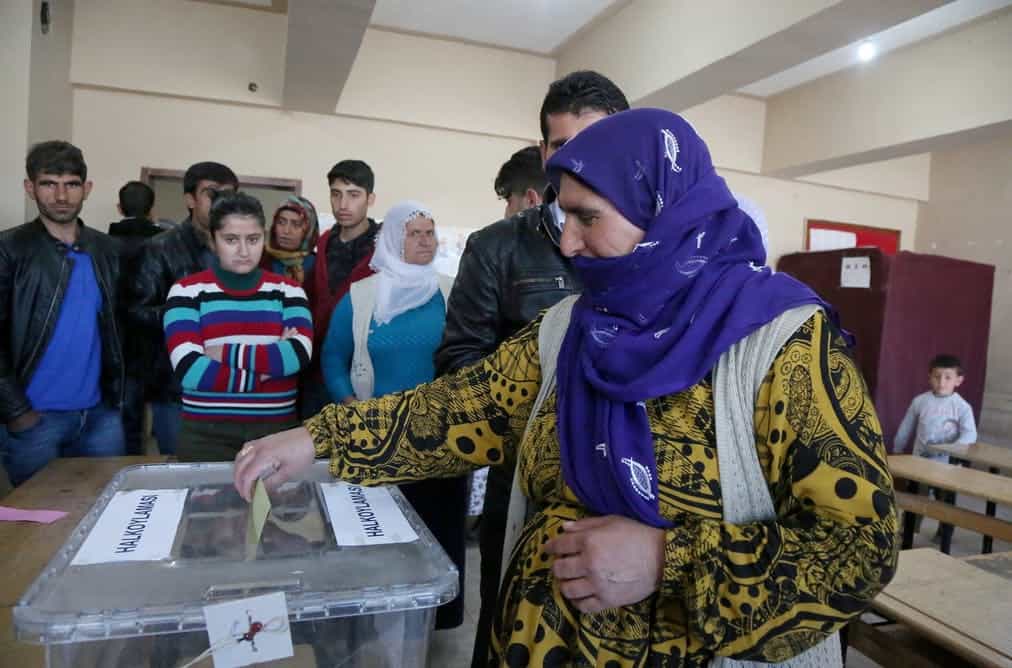 A Kurdistan cast her vote during the Referendum

An Iraqi court has ordered the arrest of several members of the Kurdistan regional government. The members in question are the people who organized a referendum on Kurdish independence last month. The Investigation court has issued warrants for the arrest of the head and members of the commission which supervised the referendum. The referendum was passed by an overwhelming majority with 93 percent of Iraqi Kurds voting for independence.

The Iraqi government denounced the referendum as “unconstitutional” and Prime Minister Haider al-Abadi demanded authorities “cancel” the referendum and the results. Judge Abdulstar Bayraqdar, a spokesman for the high judicial council, said: “The verdict was issued after the National Security Council filed a lawsuit arguing that the referendum was contrary to the decision of the high federal court.”

For its part, the UN has offered to help “solve the problem” between Iraq’s government and the Kurdistan regional government. The implications of the referendum are indeed far-reaching, as many neighboring countries fear what the referendum could do. Multiple countries, especially Turkey, have expressed trepidation that such a referendum could fuel support for Kurdish independence in their own countries.

Turkey’s President Tayyip Erdogan said: “They are not forming an independent state, they are opening a wound in the region to twist the knife in.” President Erdogan has built strong commercial ties to the region in his tenure. Kurdish authorities in Northern Iraq pump hundreds of thousands of barrels of oil through Turkey daily. Turkey has thus far threatened to impose economic sanctions on the region. Such a move would severely hinder Kurdish ability to trade in the world market. The nation has further held joint military exercises with Iraq at the border.

Iraq’s Defense Ministry indicated that it planned to take control of the borders of the autonomous Kurdish region in coordination with Iran and Turkey. Turkey’s Prime Minister Binali Yildirim stated that Turkey would no longer deal with Kurdish authorities. Prime Minister Yildirim further stated: “From now on, our relationships with the region will be conducted with the central government, Baghdad,” he said. “As Iran, Iraq, and Turkey, we work to ensure the games being played in the region will fail.”

Turkey has continued to show displeasure with the referendum as President Erdogan said that Iraqi Kurds would go hungry if the cross-border flow of trucks were halted by Turkey. Turkey being the main source of Kurdish trade potentially crippling the would be an autonomous state. However, President Erdogan also said that any steps taken would not target civilians, but instead the organizers of the referendum.

The Trump administration said it does not recognise the referendum and claimed “the vote and the results lacked legitimacy.” A statement from US Secretary of State Rex Tillerson said the US would “continue to support a united, federal, democratic and prosperous Iraq.”