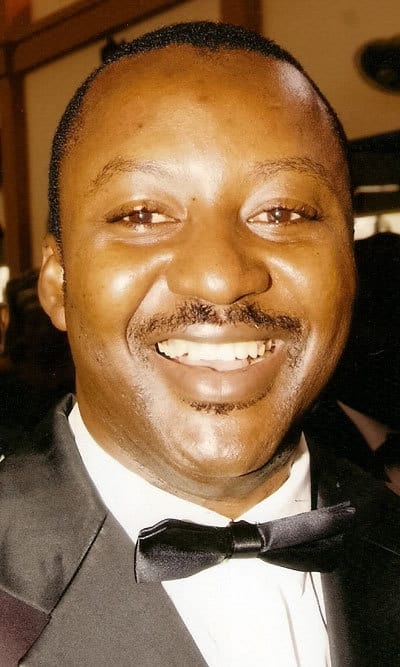 Engineer Martins Onovo was the former presidential candidate of National Conscience Party. In this interview, the Petrochemical Engineer picked holes in the policies, objectives, and style of governance of the President Muhammadu Buhari led administration. Excerpts:

The electricity generating capacity of Nigeria has been fluctuating between 4,000 Megawatts and 6,803MW when the demand is around 160,000 MW. Where has it left undone?

The country has been missing it since the last decades. The Federal Government has no business in the power sector and the country has everything it needs to have abundant energy. It should ensure the National Integrated Power Project plants are completed, as it appears to be the cheapest source of power for the country.

But past administrations have made a huge investment in the NIPPs and it appears it can never work. What do you think is the way out?

I understand that the biggest investment the government has made in the sector is the NIPP but the efforts were not efficient.

If the efforts were designed to be efficient and consistent, the focus of operators should have been to generate 200,000 MGW and not the exact demand we need. If that was done, the country would not be where it is today.

The energy and the time we spent to realized 5,000 megawatts could have done 50, 000 megawatts with it because we had the money and the capacity to do it. But they got distracted by those saying the government had no business in business, and that mantra destroyed the focus government ought to have had in fostering business. There is nowhere you say the government has no hand in business because the government is the owner of the business. If we are determined to fix power, we must fix the NIPP and follow the roadmap of the former president, Olusegun Obasanjo.

Despite the fact that lawmakers in the National Assembly received a total of N6.78 billion as their official salaries and allowances in a year, critics allege that most of them do not sponsor any bill or engage in constructive debate for four years. What is your take on this?

To whom much is given, much is expected. If the lawmakers earn such fortune aside from some hidden allowances revealed by the former chairman of appropriation committee, Hon. Abdulmumin Jubrin, they should wake up and deliver their campaign promises of quality bills, contribution to debates and other oversight functions.

The minimum qualification for lawmakers as stated in the 1999 constitution of the Federal Republic of Nigeria, is the Senior Secondary School Certificate. Could that be responsible for the alleged low quality of debate in the houses?

How would you rate the Buhari administration in terms of transparency and fairness?

Zero percent. For instance, in the case of the acting Chairman of Economic and Financial Crimes Commission, Mr. Ibrahim Magu, the government was biased and unfair to Nigerians. He is clearly corrupt because the Department of State Service has shreds of evidence against him. From my objective point of view, the rejection of the acting Chairman of EFCC by the Senate reflects the failure of the leadership on the part of the presidency because the presidency leads and others follow.

Whether you are EFCC, DSS, Nigerian Army, Police, you follow the political leadership as orchestrated by the Presidency. What we are seeing is a failure of leadership because the presidency before nominating anybody for any strategic position should have requested for security clearance. So, the question now is what did the presidency gets clearance on Magu before approaching the Senate?

Are you suggesting that the presidency didn’t clear from DSS before sending his name to the National Assembly?

If the presidency got a security clearance for Magu, there is no way the DSS would have come back to say Magu is unfit, so apparently, the presidency did not get security clearance from which would amount to either abuse of office or incompetence. Once the leadership is wrong, many things will go wrong, which is what we are seeing right now. The presidency is the supreme commander of the DSS, the DG of DSS cannot override his position and what we have is the situation where the DG, DSS has overridden the position of the president.

Are you saying this All Progressives Congress administration is not up to the task of running Nigeria?

The party is very weak for this country. The National Chairman of the party, Chief John Odigie-Oyegun, cannot simply explain the politics of the government that is under him.

How do you mean?

How would you assess the President’s cabinet members?

The Federal Executive Council has proved it is the weakest in the history of Nigeria. Members are not clear about the objectives, plans and not clear about their policy. They are just clueless. Meanwhile, the President spent months in appointing them. Every Nigerian believed he was coming up with the best hands that would help the situation of the country. But unfortunately, here we are with people who have no idea of what to do to move this country forward.