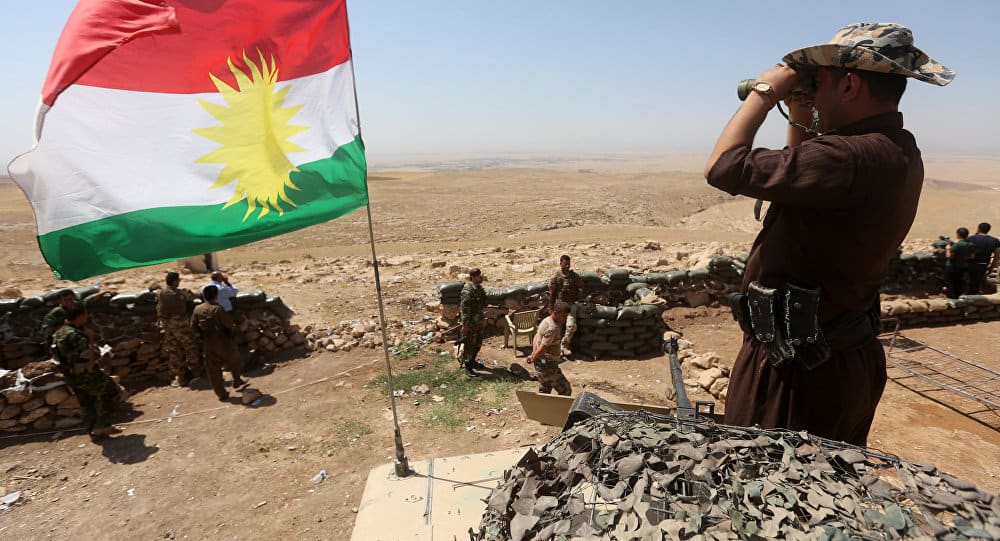 Share
Posted: October 16, 2017 at 10:31 pm   /   by Conor Baker   /   comments (0)
tags:
The most recent push for Kurdish independence came to a crashing halt this week, as Iraq seized Kirkuk from the Kurds. Elite Iraqi security forces have captured the Kurdish government headquarters buildings in Kirkuk and the Iraq flag has been raised above the city. Iraqi Prime Minister Haider al-Abadi ordered the Iraqi flag be flown over Kirkuk and other disputed territories. An official inside the Iraqi oil ministry believes that it won’t be long until all oil fields in the Kirkuk province are seized.

The Kurdish movement for independence had been building for over a century. This marks the most calamitous defeat of the movement thus far, as the Iraqi forces faced little resistance from the Peshmerga fighters. Kurdish officials have since accused part of the forces of the Patriotic Union of Kurdistan (PUK), one of the two main Kurdish parties, of “treason” in not resisting the Iraqi assault.

Kurdish dreams of independence were contingent on controlling the oil wealth which is now lost to the Iraqis. Any such autonomy over the oil trade is now just a mirage. Turkey, for example, has indicated that it will hand over control of the border gate between Turkey and Iraqi Kurdistan to Baghdad.

The Iraqi forces acted quickly Monday morning as troops seized two major oil fields and the North Oil Company. Baghdad’s highly-trained Counter-Terrorism Force led the attack. They drove unopposed into the quarter of Kirkuk which houses the governor’s office and administration buildings. There was such little resistance as Peshmerga abandoned their positions in what appears to have been a prearranged withdrawal. The streets of Kirkuk city were largely deserted as most people either stayed in their homes or sought refuge in the KRG territory to the north.

Mr. Abadi told his security forces in a statement read on state television “to impose security in Kirkuk in cooperation with the population of the city and the Peshmerga.” He later called for the Peshmerga to serve under federal authority as part of the Iraqi armed forces. Coming off of the retaking of Mosul over the summer, Mr. Abadi is strengthened by this political victory as Kurdish commanders had vowed to defend Kirkuk to the end.

President Masoud Barzani, who ignited the present crisis, was dealt a significant political loss as the Iraqi forces easily took Kirkuk. The speed and success of which the city was taken back speak to the negligible forces which resisted them. Mr. Barzani held the referendum for Kurdish independence on 25 September that was greeted overwhelmingly positively by Iraqi Kurds. However, given the way events have formed since the referendum there are far fewer who see the referendum as a good move in retrospect. Even many who initially supported the referendum now view the move as a miscalculation by Mr. Barzani.

Notion of sadness in the pit of my stomach over #Kirkuk. Irreconcilable series of events. Imagine feeling is shared by all in #Kurdistan.