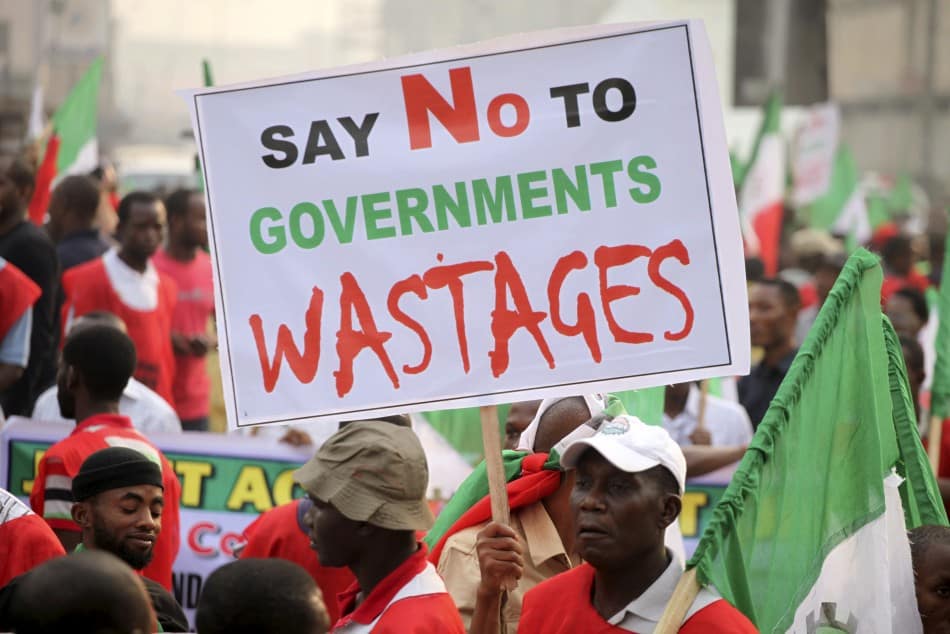 The Nigerian Economists, finance experts, and Senate have warned the Federal Government of Nigeria to desist from accumulating debts, especially from foreign institutions.

The analysts, who spoke to Caracal Reports in separate interviews, warned the President Muhammadu Buhari led administration to be cautious of borrowing more funds as such action is endangering the future of Nigerians.

The Nigerian government had requested for the approval of the National Assembly to borrow N2.2 trillion to finance the deficit envisaged in the 2016 Appropriation Bill a few weeks back.

For the total budget proposal of N6.08trillion, the Federal Government expects N3.86trillion as revenue, while the balance of N2.22trillion will come from loans. Out of the N2.22trillion to be borrowed, N1.84trillion is expected to be spent on capital projects, while the rest will go into recurrent expenditure. Already, a huge sum of N1.36 trillion is set aside to service previous debt in the budget.

Though, a fellow of the Chartered Institute of Bankers of Nigeria, Dr. Victor Sotayo, admitted that it is good that the chunk of the loan is planned to be spent on capital projects, but insisted that the administration needs a certain level of care to ensure that it does not get the nation on the path of unsustainable debt scenario, a situation he believed would mortgage the future of younger generation.

According to him, the looted funds recovered from suspected corrupt politicians and government officials should be used to finance infrastructural projects such as roads, potable water, affordable housing, and electricity.

“Government can use part of the recovered fund to source for renewable energy. Instead of taking the country back to days of huge debt profile, the funds should be injected into the economy because the projects would be of immense benefit to the entire citizenry. Provision of infrastructural projects of any form will definitely have a multiplying effect on the populace in form of job creation.

“The challenge is that the impact of the debt may not reflect on our output anytime soon based on previous actions of the government. If we are neck deep in debt and our economy lack the necessary stimulation of production, we may bounce back in recession soon,” he said.

The Managing Partner, Nesbet Consult and chartered economists, Dr. Alaba Olusemore, expressed his disappointment on the exposure of the nation to what he described as a move to drag Nigeria into a double whammy where its debt may soon burst. To him, it is wrong for the government to rely on a borrowed fund to support recurrent expenditure.

He said, “It is time to stop going cap in hands to foreign institutions but to start looking inward to pull our debt burden because we use 66 percent of our independent revenue to pay interest. Our interest rates must come down substantially if we do not want to crash the economy.

“Borrowing from foreign institutions means we have to service in hard currency to the lender(s). The $3bn debt refinancing arrangement, as proposed by the Federal Government, does not solve the country’s problem. Government is only postponing an evil for another day and such decision is a demonstration of poor economic management.”

A professor of Political Economy, Mr. Pat Utomi, urged the government to emulate other developing nations like Malaysia and make frantic efforts to exit the nation from league of debt-ridden economies.

Instead of seeing foreign debt as the only route, he expected the government to emulate several developing countries and adopt far-reaching domestic strategies to mitigate the effects of international market shocks and global financial crisis.

“If Malaysia is increasing its internal investments to develop the economy in order to be independent and vibrant, how come Nigeria is shrinking deeper into global financial waters, indirectly preparing frameworks and opportunities for more foreign exchange and capital flight from the country in annual debt servicing,” he lamented.

On the President Buhari’s $5.5 billion loan request, the Chairman, Senate Committee on Local and Foreign Debts, Senator Shehu Sani, told Caracal Reports that his committee has the mandate to examine the merits of the current loan and it won’t hesitate to deny approval if it is not convinced by the reasons stated by the government.

He said, “Borrowing is like bequeathing the future generation to a pile of debt because the payment plan will last the length of our lifetimes and possibly beyond. We must leave a legacy that will appease and answer the questions the next generation of Nigerian would ask.

“The government should tell us the outcome of debts incurred during the last two years. I know that there is a need for us to borrow but we have to borrow with caution, and that is what even international organizations are telling us.”

COST OF BORROWING IS NOT SUSTAINABLE – WORLD BANK

The World Bank also frowned at the move of the government on the need to borrow more in order to develop the nation’s infrastructure and stimulate the economy.

A Senior Economist, World Bank, Ms. Gloria Joseph-Raji, explained that the cost of servicing the loan or paying interest on the debt was not sustainable as the nation’s revenues are gradually drying up.

The Minister for Finance, Mrs. Kemi Adeosun has said at the World Bank/International Monetary Fund annual meeting in Washington DC, United States, recently that Nigerians would have to tolerate more short-term debts for the government to deliver critical infrastructure.

But Joseph-Raji argued that the dwindling revenues of the nation had raised a major concern for the global financial institution as it is worried on the sustainability of the development as debt-to-revenue ratio had increased by 25 percent within a period of one year.

According to her, Nigeria’s debt to revenue ratio increased from 35 percent as at 2015 to 60 percent by the end of 2016, reflecting a reduction in government revenues and rising debt profile, thereby raising a question about its sustainability.

She said, “Nigeria has a decent debt-to-GDP ratio, currently about 19 percent. It is the debt to revenue ratio that is of concern to us and that is also of concern to the government.

“That reflects the substantially lower revenues that Nigeria recorded last year. Even among the state governments; we know that a lot of them are servicing a lot of debts from their federation account allocation. So, there is really going to be a sustainable issue emerging.”

The World Bank expert said she was concerned about the sustainability of the country’s debt, especially the huge domestic borrowing with high-interest rate, which prompted the Debt Management Office to come up with a strategy to rebalance the country’s debt portfolio.

Joseph-Raji said in the light of expenditure exceeding revenue, the government should borrow, but it should borrow in a manner that is sustainable.

However, Adeosun insisted that Nigeria currently has one of the lowest debt-to-Gross Domestic Product figures in the world and the administration has no plan to go into massive borrowing that it cannot sustain.

Adeosun said, “Our debt-to-GDP is about 19 percent and most advanced countries have over 100 percent. I am not saying we want to move to 100 percent but we need to tolerate a little bit more debt in the short term to deliver roads, rail, and power.

“That, in itself, will generate economic activities and jobs, which will then generate revenue, which will be used to pay back the debt. It is a strategic decision that as a country we have to make.

“What I will assure you is that this government is very prudent around debt. We don’t borrow recklessly. We have no intention of bequeathing unserviceable debts to Nigerians. What we are simply trying to do is to ensure that we create enough headroom to invest in the capital projects that the country desperately needs.”

The minister added that the Ministry of Finance had rejected loan requests by some state governments to ensure the country had good debt sustainability figure.

She also said the Federal Government had a strategic plan to reduce borrowing and this was why the government had embarked on various tax mobilization initiatives including the Voluntary Assets and Income Declaration, which she noted was gaining traction.