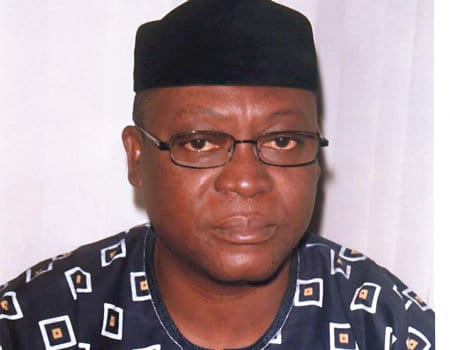 Prince Dayo Adeyeye is the National Publicity Secretary of the Nigerian Peoples Democratic Party. In this interview, he blasted the ruling All Progressives Congress over what he described as its failure to deliver its electoral promises to Nigerians and internal struggle for power among other developing issues. Excerpts:

The ruling APC party has alleged that PDP, which was in power for 16 years, is responsible for the recession Nigeria just survived and that its leaders are very corrupt. Is this true?

The people that made such allegation have lost touch with the history of the country. Our great party took over from the military government. They must have forgotten that over $2 million was recovered from the late General Sani Abacha alone. We came to power in 1999 with the determination to perform. All the institutions fighting corruption today were the creation of the PDP. The Economic and Financial Crimes Commission and the Independent Corrupt Practices and Other Related Offences Commission were the creation of the PDP. It shows the determination to fight corruption and face it headlong.

But the President Muhammadu Buhari’s administration has been fighting corruption too. Do you agree?

How do you mean APC is turning the institutions to lawless agencies?

Critics argue that the two parties are the same, as they believed most of them left PDP for APC. What is your take on this?

Majority of those who are leaders of APC today were in PDP in 2015 and earlier. They left out of fear for prosecution by the ruling party. The APC has reduced the war against corruption to war against the opposition.

Are you saying your party is being victimized or harassed?

The war is targeted at the opposition. Today, if you are accused of corruption and you vote with your leg for the APC, your sins are forgiven.

Can you prove that?

There are so many examples. A governor was accused of corruption and his 48 houses returned to him because he is in APC. For now, Nigerians may not know many things because they are covering everything. We shall all realize later that this government is one of the most corrupt the country has ever produced.

A lot of Nigerians believed that there is no ideological difference between PDP and APC. What is your take on this?

PDP has an ideology of unity, equality, justice for all and progress of the country. If PDP is already there with its ideology, what did they come out with later? You can accuse APC of having no ideology and not the PDP. PDP has been there since 1999 and all the young party told us is that it has a manifesto anchored on three major platforms. They said the fight against corruption, security, and the economy. And in all the three scores, they have failed woefully.

Do you mean APC has achieved nothing over two years?

Nothing. Point out to me one area in which this government has performed. They said they had tamed Boko Haram but it is a lie. I read recently that Boko Haram took over the street of Damaturu and they were dancing around in town. How can they claim to have tamed Boko Haram? It is more of propaganda and not the reality. They won the war on pages of newspapers while Boko Haram is actually on the ground.

Are you saying PDP would have done better?

The truth is that the PDP government would have won this war completely if we had remained in power and I say this with all sense of responsibility. Nigerians should recollect, the then National Security Adviser, Sambo Dasuki asked for the postponement of six weeks window to finish up Boko Haram so that election could take place in the North-East states like Borno and Adamawa and he was granted. He succeeded in such a way that election took place in all the states of the North East and the governors and House of Assembly were elected and that was a time Boko Haram would have struck because it provided a perfect soft spot when the military and security agents would have been dispersed for election. Why are Nigerians not pointing that out?

APC chieftains said your party is just coming out of intensive care and people should not expect any serious move from you. What is your take on this?

PDP is out of intensive care and in the general ward now because the operation was successful. By the grace of God, we are now being discharged and asked to go home and live a normal life. But in the case of the APC, it is like somebody with a terminal disease and he didn’t know. Cancer has ravaged all parts of his body and he didn’t know. Which one is worse? One has survived and he is going home and the other is on his way to the hospital and, unfortunately, he may not be able to come out. Because of his carelessness, he did not know his fate. Which one will anybody prefer to be his lot?

How prepared is PDP for 2019 general elections?

Our party will do well in all the elections in 2019. Let them continue with propaganda, but Nigerians will show the APC at all the polling stations in Nigeria the way out.

What do you think of those already declaring support for Buhari for second term?

There is freedom of expression, but we shall see in 2019. What has he done to warrant the second term? Even as we speak, the party issued a statement against a special adviser in government and he too unleashed vitriolic against the party. No harmony between the Department of State Services and EFCC; among the Attorney General, National Assembly, and the executive arm. Is there anybody in charge in this Buhari government? This government is in disarray. Any discerning observer will see that. Is APC a party? When last did they hold their NEC meeting? Have they constituted their Board of Trustees? Who is the chairperson of their BoT? The day they hold a convention, it will be good-bye to the party. The Centre cannot hold for the APC. PDP has held three conventions in one year. They are scared of holding meetings, not to talk of holding a convention.

If your members that left the party desire to return, will you give them conditions?

They are coming back and we are eager to welcome them. We have established channels for that and there are no conditions for their return because PDP is a big family that is big enough for everybody to come along. We want everybody to come in because even if you are bad, you can change your ways.