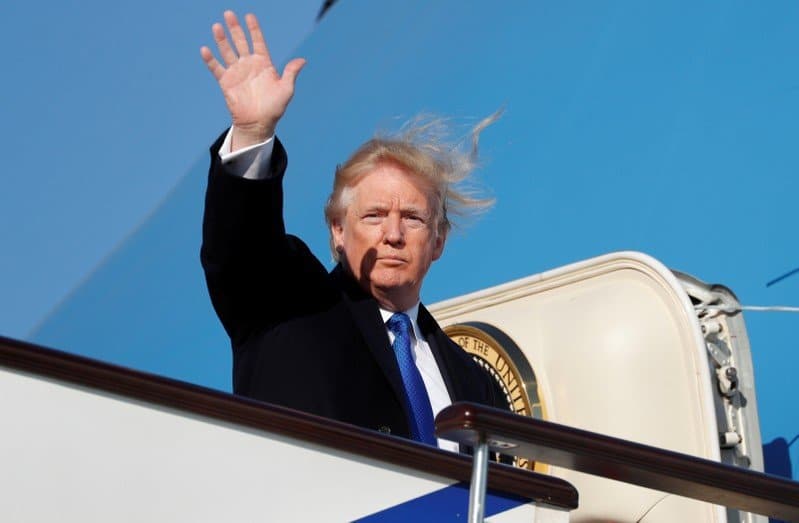 President Trump on Friday vowed to protect American interests against foreign exploitation, preaching a unilateralist approach to a group of leaders who once pinned their economic hopes on a regional trade pact let by the United States.

“We are not going to let the United States be taken advantage of anymore,” Mr. Trump told business leaders at the Asia-Pacific Economic Cooperation forum in Danang, Vietnam. “I am always going to put America first, the same way I expect all of you in this room to put your countries first.”

Taking the state immediately after Mr. Trump, President Xi Jinping of China delivered a different message, championing robust engagement with the world. Mr. Xi used his speech to make a spirited defense of globalization, saying relations among countries should be “more open, more inclusive, more balanced, more equitable and more beneficial to all.”

Mr. Trump’s remarks were strikingly hostile to an audience that included leaders of the 21-member Asia-Pacific Economic Cooperation forum, who said  they had recommitted to fighting protectionism and “all unfair trade practices.” They also expressed support for multi-country institutions and regional as well as country-to-country trade agreements.

Trade ministers from 11 of the Pacific Rim countries announced an agreement on pushing ahead with a free-trade deal, the Trans-Pacific Partnership, whose destiny had been cast into doubt after Trump pulled the U.S. out immediately after taking office.

Efforts to get an agreement on how to proceed without the U.S. stumbled at the last moment, with leaders unable to formally endorse the proposal. But trade ministers announced a preliminary deal, with some details to be worked out later.

Canadian Prime Minister Justin Trudeau told reporters that environmental protection, labor rights, gender issues and the auto industry were areas needing work, though he did not go into specifics.

“We got a lot of work done, but there is still more work to do,” Trudeau said.

“The substance is something all the TPP countries can agree on,” said Motegi. “This will send a powerful message to the U.S. and the other countries in the region.”

Trudeau said his unexpected absence from a TPP leaders’ meeting on Friday, which caused consternation among his fellow leaders and confusion about Canada’s stance, stemmed from an extra-long meeting with Japanese Prime Minister Shinzo Abe.

“We were not ready to close the TPP 11 yesterday,” he said.

The ministers dropped some key provisions the Americans had required on the protection of intellectual property, among others. They also changed the trade accord’s name to the unwieldy Comprehensive and Progressive Agreement for Trans-Pacific Partnership or CPTPP.

Those trade talks took place on the sidelines of APEC summitry: ceremonial arrivals in bright tailored shirts to a gala banquet, a closed-door retreat, and scores of bilateral meetings between the 21 leaders attending the event in this coastal resort city.

Increasingly, APEC summits have become more of an opportunity for such side talks, and for a host, nations to showcase their growing affluence.

Trump’s dramatically different stances from his predecessor, Barack Obama — such as his “America First” trade strategy and his skepticism over climate change — were apparent in Danang. But his hosts and the other leaders took it in stride.

As an institution, apart from its pageantry and its tradition of drawing leaders together for face-to-face meetings, APEC mainly serves as a laboratory for trying out policies and encouraging “best practices,” said Alan Bollard, executive director for APEC’s secretariat. Unlike the TPP trade pact, whose decisions will eventually be enforced, APEC’s statements are nonbinding.

“We’re in an easier place to try things out, to test policy sensitivities even if we don’t get everybody around the table,” Bollard said.

As a developing country with a fast-growing export sector, this year’s host country, Vietnam, has a keen interest in open trade and access for its exports to consumers in the West given the role foreign investment and trade have played in helping its economy to grow at a more than 6 percent pace. Danang, Vietnam’s third-largest city, is in the midst of a construction boom as dozens of resorts and smaller hotels pop up along its scenic coastline.

Even without the United States, the Trans-Pacific Partnership would be the most extensive trade agreement in history. Under the partnership, members would enjoy tariff-free trade with each other, with companies in the member countries having faster and better access to other markets than their American rivals.