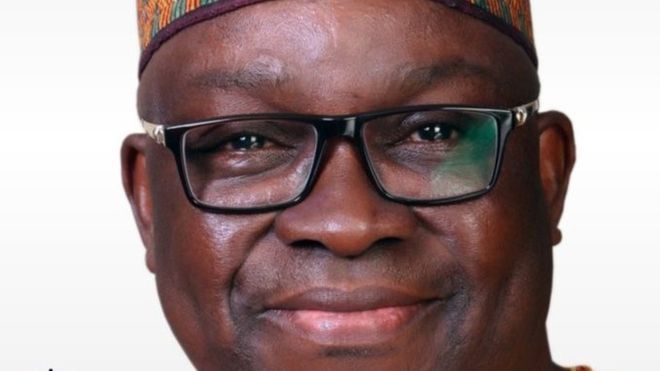 The Governor publicly declared the teachers incompetent on their ways out of the state government employment.

In what some political actors had described as inhuman, President Buhari gave his node for the sack of the teachers over their failure to pass the competency test.

Buhari’s action made governor Fayose who is the chair of the governors under the umbrella of the country’s major opposition party, PDP, to condemned act, saying the move will compound the woes of poor citizens.

The governor said; “By openly supporting the sack of about 22,000 teachers in Kaduna State, President Buhari has approved the loss of jobs as the official policy of the All Progressives Congress (APC) instead of the creation of three million jobs per year that the party promised Nigerians.”

In a statement issued in Ado Ekiti, and made available to Caracal Report, the Special Assistant on Public Communications, Lere Olayinka, reiterated Fayose commitment his total commitment to the welfare of workers in Ekiti State, saying; “Not minding the State’s inability to pay salary as at when due, owing to paucity of fund, I will not sack any worker under any guise.”

The governor said it was sad that President Buhari, whose government promised to create jobs for Nigerians, is supporting the sending of about 22,000 teachers into the labor market. The governor claimed the president is responsible the loss of millions of jobs in the private sector and collapse of several companies.

He also insisted that the President’s position was a pointer that labor leaders in the country should prepare for mass sack of workers by the APC governments both at federal and State levels.

“Therefore, instead of hiding under competency test to sack teachers, the APC government both at States and federal government levels should come to Ekiti State and learn how we were able to get optimum performance from the same set of teachers the immediate past APC government in the State labeled incompetent and harassed with a competency test.

Fayose also argued that it was not the right of any state government to set exams for teachers, saying, the Teachers Registration Council of Nigeria was set up to regulate the teaching profession in the country.