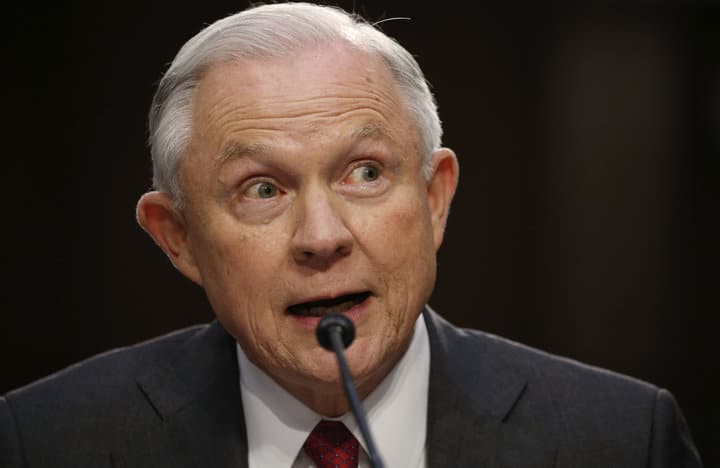 Attorney General Jeff Sessions will return to Capitol Hill on Tuesday, testifying at 10 a.m. before the House Judiciary committee amid growing evidence of contacts between Russians and associates of President Donald Trump.

Mr. Sessions has twice told lawmakers under oath that as a foreign policy adviser to Mr. Trump’s campaign, he did not communicate with Russians to aid Mr. Trump’s candidacy, nor did he know of other members of the campaign who had.

The appearance before the House Judiciary Committee follows a guilty plea from one Trump campaign aide who served on a foreign policy advisory council that Sessions chaired, as well as statements from another who said he’d advised then GOP Alabama senator about an upcoming trip to Russia.

Democrats on the committee put Mr. Sessions on alert in a letter last week, saying that they would want clarification on “inconsistencies” between those statements and those of the two campaign advisers, George Papadopoulos and Carter Page, who have acknowledged having contact with Russians.

For their part, Republicans may press Sessions on the Justice Department’s handling of an investigation into Hillary Clinton’s email practices as well as an Obama-era uranium deal that has invited GOP scrutiny.

Sessions who led the foreign policy council during the campaign and was an early backer of Trump; has been shadowed for months by questions about his communications with Russians and by contacts of others in the Trump orbit. Even as Sessions has labored to promote the Justice Departments’ work and priorities; issues with Russian communication have been at the forefront of each of his congressional hearings.

During his January hearing, Sessions told Sen. Al Franken, D-Minn., “I did not have communications” with the Russians during the campaign and said he was “unaware” of contacts between others in the campaign and Russia. He recused himself in March from overseeing the Justice Department’s investigation into potential coordination between the Trump campaign and the Kremlin after acknowledging two previously undisclosed encounters with Russian Ambassador Sergey Kislyak.

He struck a similar note before the Senate Judiciary Committee last month when he denied knowledge of communications between Russians and Trump campaign officials. “I did not, and I’m not aware of anyone else that did, and I don’t believe it happened,” Sessions said under questioning, again from Franken.

But that narrative has been challenged by a pair of recent events, most notably a guilty plea from George Papadopoulos, who last month admitted in court to lying to the FBI about his foreign contacts. He was part of the foreign policy council that Sessions chaired, and the two are among the men in a March 2016 photograph that Trump posted on social media. Charging documents, in that case, indicate that Papadopoulos told the council “that he had connections that could help arrange a meeting between then-candidate Trump” and Russian President Vladimir Putin.

One of the attendees at that meeting, J.D. Gordon, recalled that Sessions quickly “shut him down and said, ‘We’re not going to do that.’”

Gordon has also said that Papadopoulos went around him and Sessions and that they did not know he had continued to try to arrange such a meeting.

Democratic members of the House Judiciary Committee advised Sessions in a letter last week that they intended to press him on what they said were “inconsistencies” between the attorney general’s past statements and the new revelations.

“If, as recent reports suggest, you rejected Mr. Papadopoulos’s suggestion that President Trump meet with Vladimir Putin at that March 31 meeting — a fact you appear to have remembered only after Mr. Papadopoulos’s account was made public — it seems likely that you were ‘aware’ of communications between the Russian government and surrogates of the Trump campaign,” the letter states.

Adding to the questions for Sessions was the release by the House Intelligence Committee last week of a transcript of a private interview with Carter Page, a former foreign policy adviser to the campaign who acknowledged he had contact with a high-level Russian official while on a trip to Russia last year.

Page told the panel he had informed some members of the Trump campaign about the trip, including Sessions. He said he mentioned in passing to Sessions that he was preparing to visit Russia and Sessions “had no reaction whatsoever.”

The race to fill Mr. Sessions’s former Senate seat in Alabama had fallen into turmoil in recent days after five women accused the Republican nominee of misconduct when they were teenagers, and he was in his 30s. Despite mounting accusations and calls by fellow Republicans, including the majority leader, Senator Mitch McConnell, to step aside, the candidate, Roy S. Moore, has remained defiant.