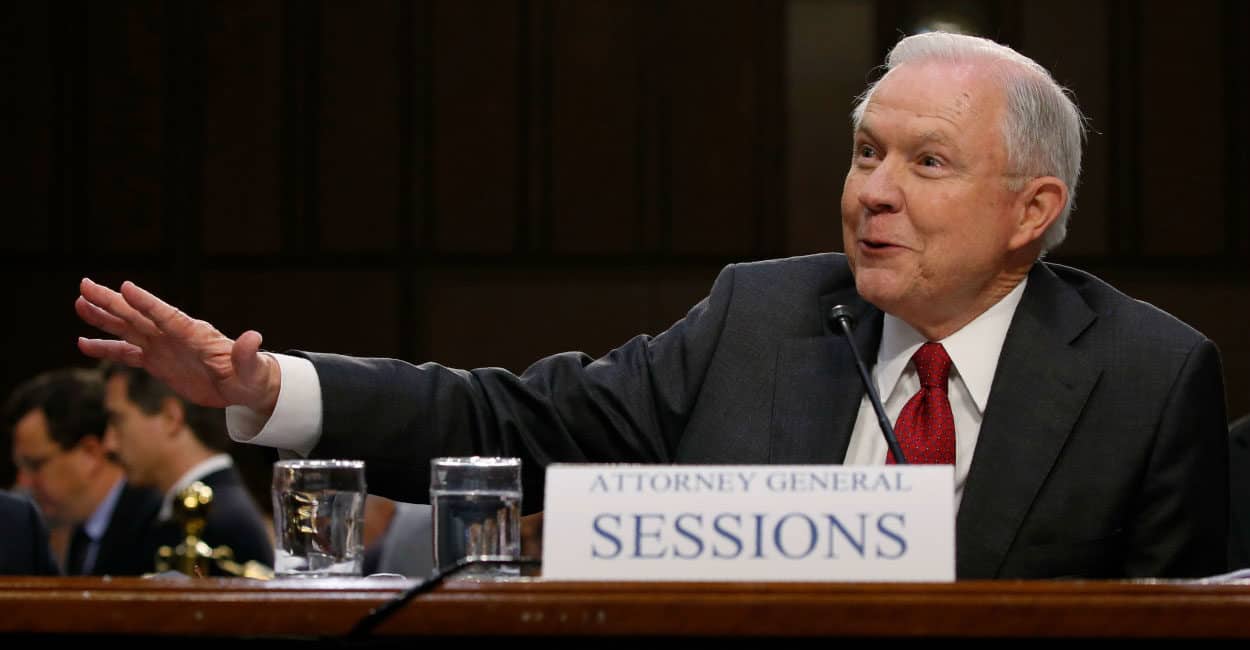 In what many considered a contentious House judiciary hearing, Attorney General Jeff Sessions said he didn’t lie under oath, and that President Trump hasn’t influenced the Justice Department.

Sessions repeatedly defended himself and his department during his five-hour-long testimony in front of 40 lawmakers on Tuesday, as Democrats and Republican littered him with questions on the ongoing Russia probe and matters involving the former Secretary of State, Hillary Clinton.

Sessions could not say where he would recuse himself if he were to consider investigations into Clinton, muddling his previous statements on the matter, citing not yet enough evidence of merit to assign a new special counsel.

“You can have your idea, but sometimes we have to study what the facts are and to evaluate whether it meets the standard that requires a special counsel,” Sessions told Rep. Jim Jordan, R-Ohio.

“‘Looks like’ is not enough basis to appoint a special counsel,” the attorney general added, repeating back part of Jordan’s question.

Sessions deflected multiple questions about his involvement in these issues, saying he could not speak about potential recusal.

In response to one line of questioning, Sessions said there “could be close” to 10 investigations currently that he has recused himself.

He would not say if any of them involved Clinton, despite earlier pledges to do just that given his high-profile role in the Trump campaign. The then-Alabama senator was the first US senator to back Trump.

“To announce recusal from any investigation would confirm the existence of that investigation, and top officials have advised me I should not do so,” Sessions said.

During his confirmation hearing in January, Sessions had pledged to senators he would recuse himself from matters involving Clinton given his involvement in the Trump campaign.

In March, Sessions released a statement recusing himself. “I have decided to recuse myself from any existing or future investigations of any matters related in any way to the campaigns for President of the United States,” he said.

Sessions testified he now remembers a meeting with Trump campaign aide George Papadopoulos, whose work is currently a focus of Robert Mueller’s special counsel investigation into Russian election meddling, but denied having a clear memory of the full conversation. Those connections came to light after Sessions’ last turn before Congress.

At times member read about or displayed past statements from the President and Sessions as they questioned him, but Sessions held fast his department had not been influenced.

Sessions added, “The President speaks his mind. “He’s bold and direct about what he says. The people elected him. But we do our duty every day based on the laws and fact.”

Pressed by Democratic Rep. John Conyers, Sessions added, “The Department of Justice can never be used to retaliate politically against opponents, and that would be wrong.”

DOJ, he added later “will not be infected by politics or bias.”

“We intend to do our work according to the established principles of the Department of Justice. We will not be infected by politics or bias,” he said. “We will make only decisions we believe are right or just and we will not use the department to unlawfully advance a political agenda.”

“I am determined that when the years go by that people will say this Department of Justice would not crumble, it stayed great and true,” he added.

The hearing came after a year where Sessions has been under repeated pressure from the President to launch investigations into Clinton and has been under fire from congressional Democrats about his answers on Russia and the push to end the DACA program for undocumented immigrants brought to the United States as children, among other issues.