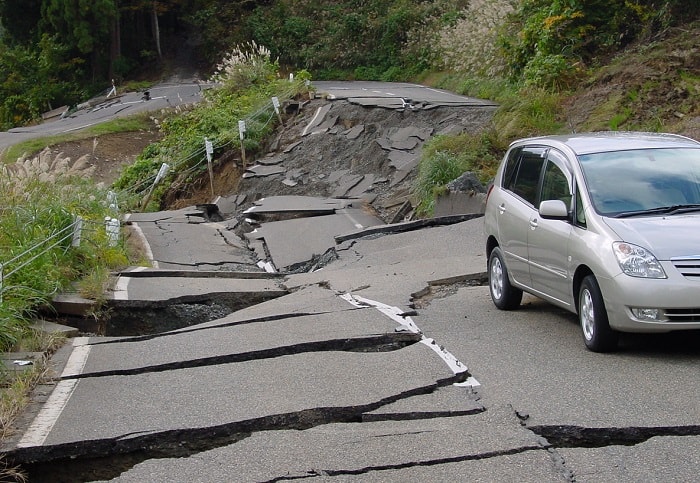 A 4.2 magnitude earthquake struck the center of the United States on Monday northeast of Perry, Oklahoma – a town most famous for the origination of the Ditch Witch.

According to the United States Geological Survey (USGS). CBS affiliate KOTV writes that the quake happened around 10:26 p.m. local time.

KOTV says the quake originated about 2 miles deep, and there are no reports of injuries or damage so far as reported by the Perry Fire Department officials.

A USGS map apparently shows another smaller quake occurred later in the night — which registered at a 2.8 magnitude.

Sapulpa residents barely felt the quake as several calls went unanswered in the early morning hours on Tuesday. A second, 2.8 magnitude, was reported shortly after in the same area.

The state had another two quakes earlier Monday.

The first was a 2.9 overnight in Horntown, near McAlester. The other was a 2.8 during the evening in Carmen, near Enid.

In April of 2015, the New York Times reported after years of official skepticism, Oklahoma’s government embraced a scientific consensus that earthquakes rocking the state are primarily caused by the underground disposal of billions of barrels of wastewater from oil and gas wells.

The state’s energy and environment cabinet introduced a website detailing the evidence behind that conclusion Tuesday, including links to expert studies of Oklahoma’s quakes. The site includes an interactive map that plots not only earthquake locations but also the sites of more than 3,000 active wastewater-injection wells.

The website coincided with a statement by the state-run Oklahoma Geological Survey that it “considers it very likely” that wastewater wells are causing the majority of the state’s earthquakes.

The statement noted that the most intense seismic activity “is occurring over a large area, about 15 percent of the area of Oklahoma, which has experienced a significant increase in wastewater disposal volumes over the last several years.”

The statement and the website’s acknowledgment amount to a turnabout for a state government that has long played down the connection between earthquakes and an oil and gas industry that is Oklahoma’s economic linchpin.

As recently as last fall, Gov. Mary Fallin, a Republican, indicated that suggestions of a relationship between oil and gas activity and seismicity were speculation and that more study was needed.

The Oklahoma Oil and Gas Association disputed the Geological Survey’s conclusions, saying in a statement that further study of the state’s quakes remained necessary.

“There may be a link between earthquakes and disposal wells,” the group’s president, Chad Warmington, said in the statement, “but we — industry, regulators, researchers, lawmakers or state residents — still don’t know enough about how wastewater injection impacts Oklahoma’s underground faults.”

Nor is there any evidence that halting wastewater injection would slow or stop the earthquakes, he said.