U.S: Trump To Recognize Jerusalem As Israeli Capital But Delay US Embassy Move 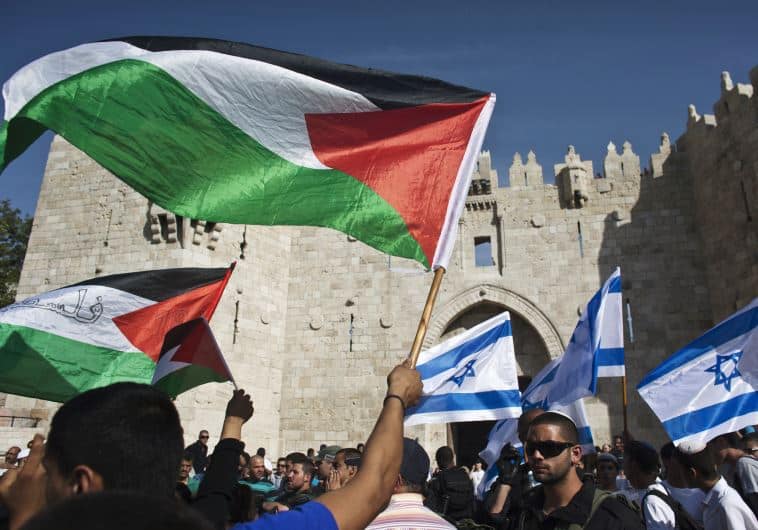 President Trump recognize Jerusalem as the capital of Israel

The United States is poised to recognize Jerusalem as the capital of Israel, in a move already stirring up animosity in the volatile Middle East.

On Tuesday, President Trump called the governments of Egypt, Jordan, Palestine, and Israel to announce that the US will move its embassy to Jerusalem.

The White House is expected to make a public announcement on Wednesday, declaring that the US recognizes Jerusalem as the capital of Israel and that it will move its embassy to Jerusalem.

Asked whether Mr. Trump had made up his mind, White House spokesperson Sarah Huckabee Sanders said Tuesday that the president “is pressed solid in his thinking on this.”

Palestinian leaders immediately called for three “days of rage” in protest against the move. Factions in the West Bank said the rally would start on Wednesday and continue at least until Friday.

Israeli newspaper reports said the Israeli defense forces were stepping up security in preparation for the protests. They said most of the protests would likely be held near American schools and consulates. The Israeli army will increase its forces in an area where Israelis and Palestinians regularly come into contact.

Meanwhile, the US State Department issued a warning urging its staff to stay away from East Jerusalem and from Jerusalem’s Old City.

Egypt’s President Sisi warned that the move might “undermine peace” in the already troubled region. And Turkey’s president Erdogan said that if the US recognizes Jerusalem as the capital of Israel, it will be crossing a “red line” and might lead Turkey to break off its diplomatic relations with the Jewish state.

Saudi Arabia, usually a staunch US ally, said that recognition of Jerusalem would “have a detrimental impact on the [Arab-Israeli] peace process and would heighten tensions in the region.”

And Jordan, another long-time US friend, has called for a meeting of the Arab League and the Organization of Islamic Cooperation, to plan a joint response to the US recognition of Jerusalem as Israel’s capital.

The embassy’s move is mostly a symbolic issue, but it is heavily charged with emotion.

Up until now, the US embassy has been located in Tel Aviv, the economic center of Israel. And the US ambassador to Israel lives in a suburb of Tel Aviv.

Moving the US embassy to Jerusalem would please Israel but would also significantly anger Palestinians and their allies in the Middle East.

Israel controls the city of Jerusalem and considers Jerusalem to be its capital. But Palestinians also lay claim to East Jerusalem and don’t recognize Israel’s right to control the holy city. Since Israel’s creation, the US (and pretty much every other country on earth) has had its capital in Tel Aviv.

Moving the embassy would create some logistical problems, especially regarding finding a place for the embassy’s staff to live. It would likely take at least six months until the US can move its embassy, with its staff, to Jerusalem.