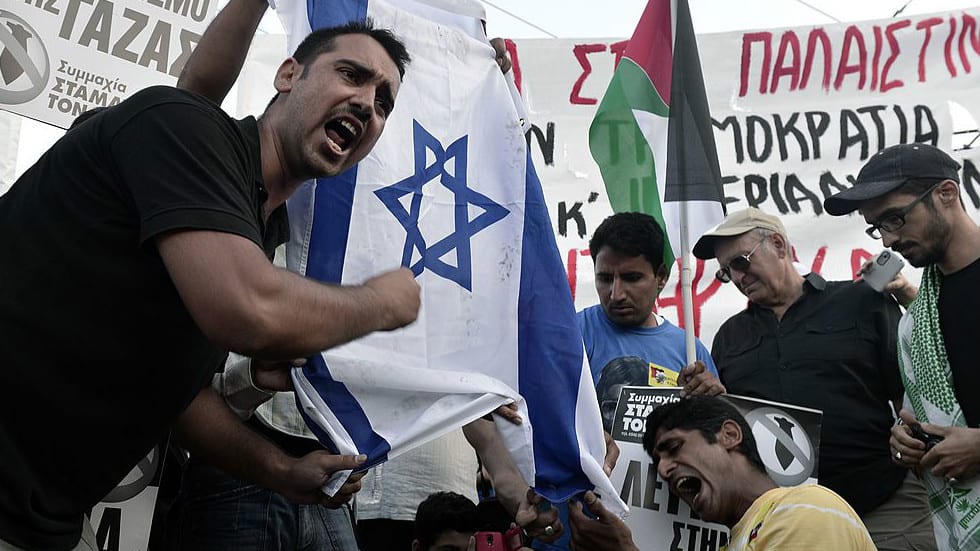 On Wednesday, President Trump reversed decades of US policy and recognized Jerusalem as the capital of Israel, and began the process of relocating the US embassy. Though his administration has confirmed that the President signed a waiver delaying the move from Tel Aviv for at least another six months, Trump highlighted during his speech that he was fulfilling a campaign promise with his decision to move the embassy.

While in his speech the President reiterated his administration’s commitment to the Israeli and Palestinian peace process and cast doubt that the move would hamper those efforts, the move has divided Israeli and Palestinian leaders. Israeli Prime Minister Benjamin Netanyahu praised the move as an “important step toward peace,” while his Palestinian counterpart, President Mahmoud Abbas, said the decision casts doubts on the United State’s role as a mediator in the conflict.

Protests have followed Trump’s move in both the West Bank and the Gaza Strip. Hamas, the Islamist group that has control over Gaza, has called for an uprising in the Palestinian territories in response to the decision.

This move will likely complicate the Trump administration’s quest for peace in the region. Jared Kushner, the President’s son-in-law who had never previously held public office, is the administration official tasked with leading the peace process and was supportive of the move.

The Trump administration’s travel ban has been delayed by the courts since it was first introduced earlier this year, but now the United States Supreme Court has lifted a stay on order enacted by a District Court. The Court’s order allows the administration to fully implement the ban, even as it faces legal challenges in lower courts.

This is the third iteration of a travel ban issued by the Trump administration. This order impacts traveler from Iran, Libya, Syria, Yemen, Somalia, Chad, North Korea, and Venezuela. Two prior orders were also stayed after scrutiny by District Courts.

Appellate courts are hearing challenges filed in Hawaii and Maryland, with the Supreme Court expected to hear the case before the end of its current term.

Former Yemeni president Ali Abdullah Saleh was killed earlier this week while trying to flee the rebel-held capital Sanaa. Saleh was once aligned with the Houthi rebels responsible for his death, but had recently broken ties and sought rapprochement with the Saudi-led coalition opposing the Iran-backed Houthis.

Saleh’s death is expected to increase conflict in the country, with reports of Houthis targeting forces loyal to Saleh. According to the International Committee of the Red Cross, at least 125 people have been killed and some 240 wounded in Sana’a since the fighting began Wednesday.

The Nigerian government has identified over 5000 of its citizens in Libyan detention camps. According to the Nigerian Charge d’Affaires in Libya, Mr. Illiya Fachano, his government is in talks with the recognized government in Tripoli to plan logistics to reach the camps.

In addition to calling on his government for more support, Mr. Fachano pressured the United Nations to fund repatriation flights, as well as provide food and health supplies for the migrants.

In November, CNN identified at least nine sites in Libya that were allegedly selling migrants as slaves, including Nigerians. The Nigerian Charge d’Affaires noted that “the [Tripoli] mission and Nigerian government have been doing this long before the CNN report.”