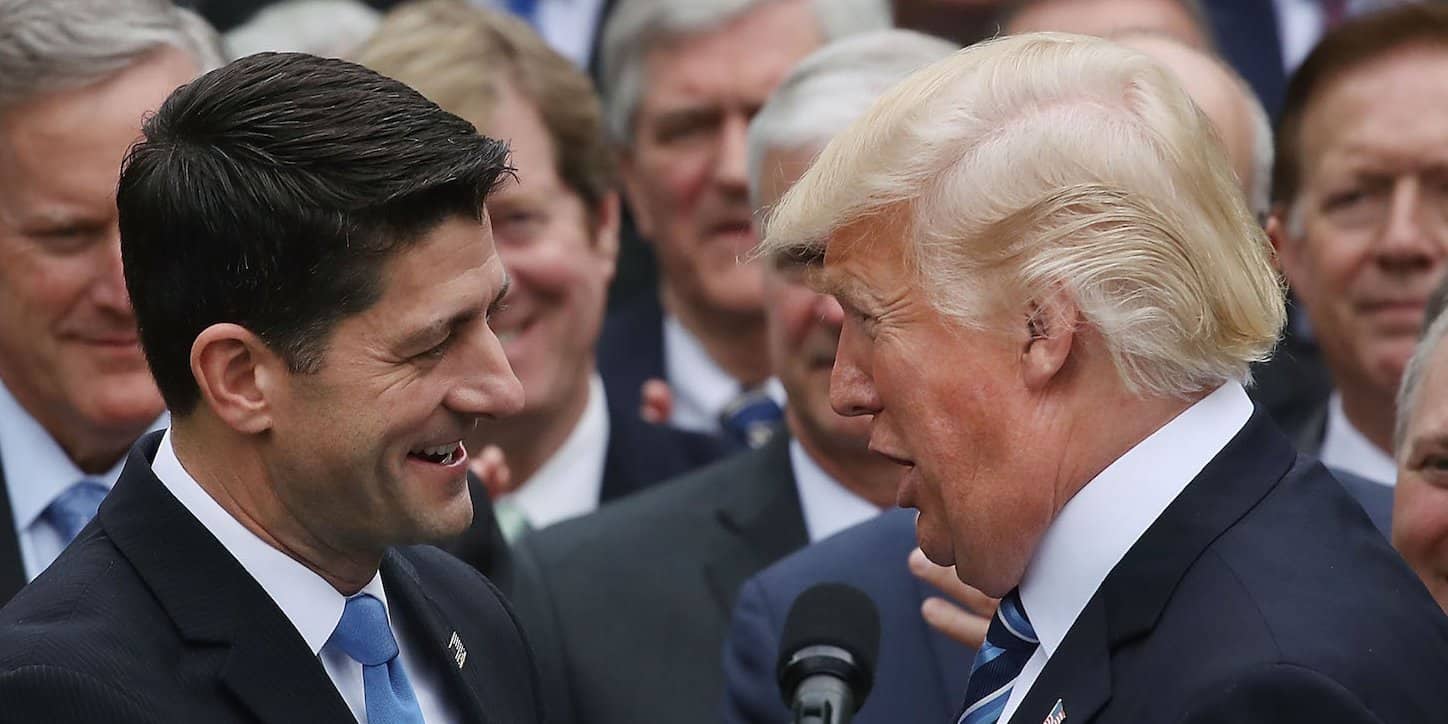 House and Senate Republicans voted along party lines on Tuesday and early Wednesday, ebbing one step closer to the first significant legislative victory since assuming political control – passing the most comprehensive rewrite of the tax code in decades.

The $1.5 trillion tax bill; expected to head to President Trump’s desk in the coming days, will have broad effects on the economy, making deep, lasting cuts to corporate taxes as well as temporarily lowering individual taxes.

Three small provisions have snagged the movement in the final tax bill agreed to by the House and Senate. The snag was found by the Senate parliamentarian to violate the budget rules that Republicans must follow to pass the bill through a process shielding it from a Democratic filibuster – resulting in a slight change in the Senate. The House will now need to vote again since both chambers must approve identical legislation. Among the items out of order was the title of the bill: the Tax Cuts and Jobs Act.

The approval of the bill in the House and Senate came over the strenuous objections of Democrats, who have accused Republicans of giving a gift to corporations and the wealthy and driving up the federal debt in the process.

On Tuesday afternoon, the House voted 227 to 203 to pass the bill, with 12 Republicans voting against it and no Democrats voting for it. Eleven of the 12 Republicans were from California, New Jersey and New York, states that would be hit hard by a provision in the bill limiting the deduction for state and local taxes to just $10,000. The Senate approved the bill early Wednesday morning.

The Senate voted 51 to 48, with no Republican defections and no Democratic support. Under the final tax bill, the corporate tax rate would fall to 21 percent, from the current 35 percent, a move that Republicans are betting will increase economic growth, create jobs and raise wages.

Individuals would also see tax cuts, including a top rate of 37 percent, down from 39.6 percent. The size of inheritances shielded from estate taxation would double, to $22 million for married couples, and owners of pass-through businesses, whose profits are taxed through the individual code, would be able to deduct 20 percent of their business income.

But the individual tax cuts would expire after 2025, a step that Republicans took to comply with budget rules, which do not allow the package to add to the deficit after a decade.

The tax changes will affect businesses and individuals unevenly, with winners and losers often being determined by industry or geography. An analysis by the Tax Policy Center found that the bill would reduce taxes, on average, by about $1,600 in 2018, increasing after-tax incomes 2.2 percent, with the most significant benefit going to the wealthiest households.

The reach of the bill extends beyond taxes. It strikes at a core component of the Affordable Care Act, eliminating the requirement that most people have health coverage or pay the penalty, a move that the Congressional Budget Office projects will increase premiums for people who buy insurance. It also would open the Arctic National Wildlife Refuge in Alaska to oil and gas drilling, a defeat for environmentalists who have fought against such action for decades.“Today, we are giving the people of this country their money back,” Speaker Paul D. Ryan of Wisconsin said before the House vote. When the bill passed the House, a giddy Mr. Ryan smiled broadly and banged the gavel with force as he declared victory.

The last-minute parliamentary stumble involved three small components of the bill, according to Senate Democrats, including a provision that would have allowed the use of 529 savings accounts for homeschooling expenses and part of the criteria to be used to determine whether colleges and universities are subject to an excise tax imposed on their investment income. The parliamentarian even ruled against the bill’s name, the Tax Cuts and Jobs Act, since the provision creating the name did not influence spending or revenue, as each provision must under Senate budget rules.

The chief tax writer in the House, Representative Kevin Brady, Republican of Texas and the chairman of the Ways and Means Committee, was unruffled. “Our belief is, ‘So what?’” Mr. Brady said on Fox News. “If we can get to vote twice on cutting taxes for families and small businesses, glad to do it.”

Republicans in Congress moved with remarkable speed in their bid to enact the most significant tax overhaul since 1986, unveiling legislation to rewrite the tax code, marshaling support for their effort and devising a compromise between the House and Senate in under two months.

The success within reach would be a stark contrast with their attempt this year to repeal and replace the Affordable Care Act, a quest that was encumbered by internal divisions among Republicans and ultimately ended in humiliating failure.