Why Senator Kamala Harris Could Be The First Black Female U.S President 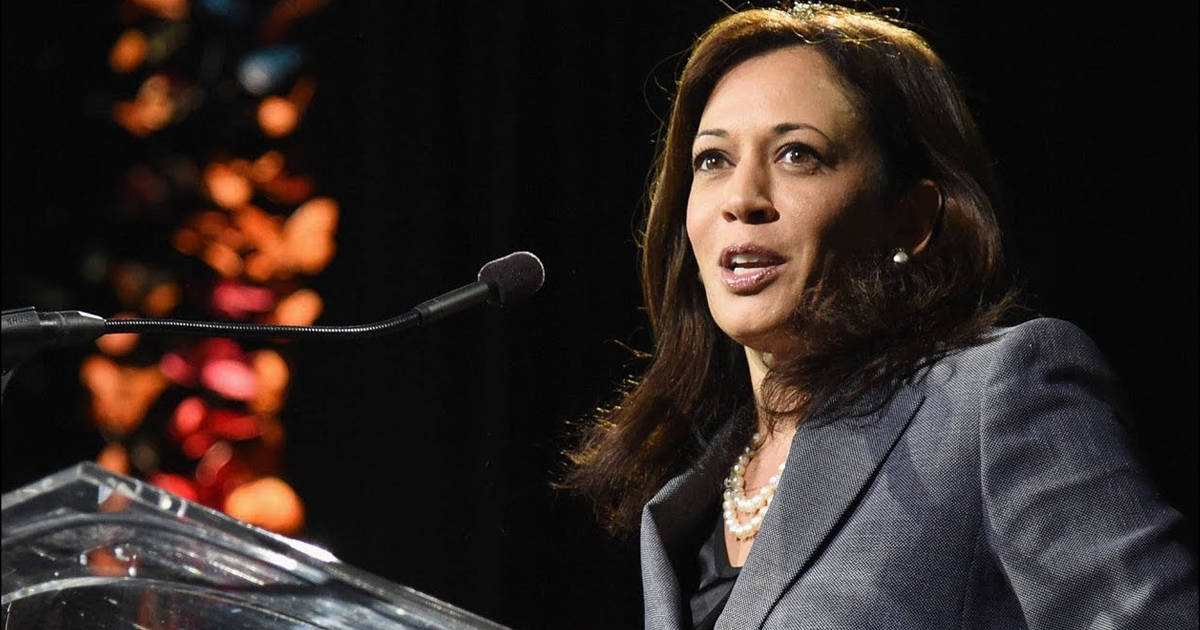 The night of November 8th, 2016 is one that will live in the memories of many across America for decades to come. It was a day that altered the lives and perspectives of almost everyone who participated in the 200-year-old tradition of choosing the leader of the free world, The United States Of America.

That election night signified a shift in American politics. A shift that Kamala Harris vowed to fight against as a congresswoman. Because, on that same fabled night, she was elected to the Senate. The first African-American and Asian-American woman to occupy that seat.

The morning after, while speaking to a crowd that was raw with conflicting emotions of outrage and excitement, Senator Harris stood on her victory stage and pronounced:

Since she took office, Kamala Harris has managed to build a reputation on Capitol Hill. One of tenacity, resolve and, compassion. So far living up to what she promised her constituents one year ago.

Throughout 2017, Democratic Senator Harris has been in the political spotlight for her often heated exchanges with colleagues on the other side of the aisle. She has taken a stand on issues that others stay away from; she has called-out the unethical/unlawful actions of influential figures such as Attorney General Jeff Sessions and has fought Trump on his notoriously divisive rhetoric as well as almost every decision he has made thus far.

Her antics have caught the attention of many across the country including establishment members of the Democratic Party. Consequently, there are now rumors reverberating across the political world, that she will be the person positioned to challenge Donald Trump in 2020.

She seems to have the political talent, drive and, most importantly, the support of her party.

So who exactly is Kamala Harris and what is it about her career and background that is predicted to resonate with the right voters who can put the Democrats back into the White House?

Kamala Harris was born in 1964 in Oakland, California to an Indian mother and Jamaican father. Her mother was a well-regarded researcher, and her father was an economics professor at Stanford University.

Growing up in the inner cities of California, Senator Harris’ childhood was not just a humble one but also one that truly shaped the way she thought of life, community, service and identity politics. — “My mother understood that she had given birth to these daughters who will be African American women and she raised us in an African American community, and it was a community surrounded by people -be it our Indian relatives or Jamaican relatives- who all believed that children should be nurtured and supported.” Harris once said.

After living in Canada briefly, Harris gained acceptance to and attended Howard University in Washington D.C. Where she not only received a world-class education in the context of a Historically Black College but also avidly participated in student government and competitive academic debate.

After graduating from Howard, she then went to Law School in California inspired by the era of rising crimes and increasing discrimination within the justice system.

“Vulnerable people and voiceless people must be heard.” She was determined to be a voice in the legal system for such people — “To be a prosecutor means to be a voice for the most vulnerable within our community.”

From 1990 to 1998 she served as a deputy district attorney in Alameda County. A county which included the inner-city of Oakland, California.

After her position in the District Attorney’s office, she went on to work in the Career Criminal Unit of the DA’s office and served in various positions within the California legal system. All in the pursuit of altering the system in favor of vulnerable groups.

For her work, The Daily Journal included her in its world class list of top lawyers in California.

In 2003, she challenged her boss, Terence Hallinan, for his District Attorney position.

Her motivations for running, according to her, were plentiful: the office was infamously dysfunctional and inefficient.

Despite what seems like good reasons for a change, winning was an uphill battle. She was seen as having no chance due to the mere 6% she had in the first polls. However, she shocked everyone by coming in 2nd place, competing in a run-off and then winning the entire race in November of that year.

Among a few other firsts, she was the first African-American woman to head that office.

During her time as D.A, she established a Hate Crime Unit which dealt with crimes against LGBTQ individuals. Specifically, children.

She also developed a program that gave second chances to first-time drug offenders. Proclaiming “It would be better for me to use my resources to rehabilitate you than to send you to jail.”

Critics poorly received Mrs. Harris approach. She was dubbed as a D.A who was soft on crime. That could have been further from the truth. During her time as D.A convictions, notably, homicide convictions rose.

In 2008, when everyone was keeping a watchful but distant eye on his campaign, Harris was one of the first high-ranking state officials to endorse ex-president Barack Obama. Her good relationship with him would later be a topic in the news when the Obama White House was considering her for Eric Holder’s positions as Attorney General of the United States.

In 2010, Harris took another politically un-viable leap-of-faith when she ran for California Attorney General. Having already proven herself to Californians, she won quite easily.

She was the first female, first African-American and First Indian-American to be Attorney General.

As Attorney General of California, she took on the banks for predatory lending and won over 20 billion dollars for victims in her state.

In 2015, the opportunity to run for national public office arose as Barbara Boxer retired after about two decades in office.

Winning on the same night as the Republican and Trumpian government take over, she called to fellow-Americans to ask the question “Who are we?” in this era of hyper-partisan politics.

According to Mic.com, murmurs in Washington suggest that the Democratic Party and it’s top donors are already starting to “coalesce around her as their preferred candidates to take on Donald Trump.”

Political pundits, commentators, and pollsters are citing her profile as one that is seemingly extremely hard to scathe. Simply put, she is hard to attack politically and that, for this reason, many think she has a good chance of beating Trump.

She’s supposedly hard to attack for many reasons, but the most important reason is that she has crafted an image for herself that based on issues and not solely on politics. Therefore, unlike establishment politicians, she would, theoretically, be more appealing to the new breed of voters. Many see her as the different enough from Hillary and similar sufficient to Bernie’s appeal to win over voters.

The Democratic Party is undoubtedly going to have to go above and beyond its regular performance to regain some control of the federal government. Because, though Trump’s approval ratings are dismal, the Party has an appearance problem. One that contributed to its major losses in recent decisions, events, and elections.

Harris is poised to revamp the image of the Democratic party as an extremely progressive figure to follow the likes of ex-president Barack Obama. Identity politics is often cited as the leading cause of Secretary Hillary Clinton’s defeat, Kamala Harris would, theoretically, not have that problem as a young biracial woman.

Additionally, her performance on the national stage has created an almost perfect foundation for her future campaigning. She has taken strong positions that paint her as an idealistic and passionate voice of the people.

On the other hand, some cite Senator Harris’ record as one that is too weak to be seriously considered for the highest office. They call back to her actions as Attorney General of California as not only soft on crime but also a sign of naivety. She is also freshman Senator.

Her main achievement as Attorney General was the 26 billion dollar settlement she won on behalf of predatory lending victims. Though many hail this as a victory, critics call out the fact that concessions were made and that stricter regulation laws weren’t pursued to secure the settlement as a sign that she is willing to bend to the will of big banks and corporations.

Others call on the excitement over her prospective candidacy as one that is just short-sighted and would likely die down due to lack of voter attention. However, this could be said for just about any candidate the Democrats decide to back in 2020.

Regardless of what either side says, it is clear that Senator Kamala Harris is nowhere close to reaching the peak of her political career.