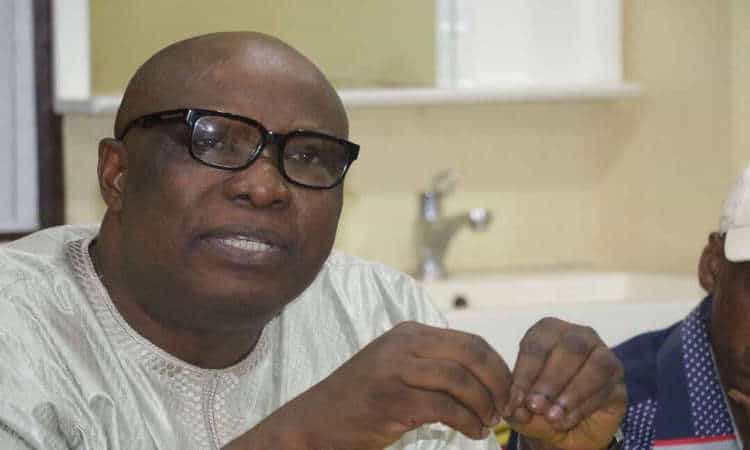 Mr. Babafemi Ojudu is the special adviser to President Muhammadu Buhari on political matters. In this interview, he outlined the implications of the recent developments in the Nigerian political scene. Excerpts:

How would you describe the recent move of former Vice-President Atiku Abubakar from the All Progressives Congress to the Peoples’ Democratic Party?

The former Vice-President is playing his last political card. He is a serial defector and has shown he is being desperate with his presidential ambition.

But would he be missed in APC?

He did not make any meaningful contribution to APC, a party he co-founded. His defection is not surprising. During the meeting of the G-19, the Legacy Group that formed the APC, Atiku was there. We laid our programs as a government before the party leaders and asked for their contributions. He was the only person who refused to talk. The second time the meeting was called, he did not attend.

Does that mean he had hidden agenda?

We knew that he would leave. Each time he wants to leave a house, he demolishes the house.

Are you saying he does not pull any political weight?

It will be stupid to dismiss his weight; he is an asset to an extent that he stays there. His goal is to become president. If he cannot get the ticket, he will leave.

Could he have left because he felt the party delegates do not have faith in him?

He is too desperate to be president. If President Buhari gets a second term, he knows that the presidency will go to another region. Before it goes back to the north, it may take years and he would have become old.

One of his (Atiku) reasons for defecting to PDP is that President Buhari failed to listen to his suggestions that were designed rebuild the nation and tackle unemployment issues, especially among the youths, cuts in..

What were the contributions of Atiku to APC’s efforts to rebuild Nigeria? What has he done in Adamawa to solve the problem of unemployment? What agenda for youths did he take to the president that was rejected?”

He likes twisting facts and whipping up sentiments against Buhari and the leadership of APC.

A few years back, you petitioned the Nigeria Civil Defence Corps over money-for-job scam. What really happened?

It has to do with some 17 young persons from my constituency who applied to the civil defense corps last year. According to their story, they were asked to pay N250, 000 each, which they paid. They were subsequently screened and employed. They were there for three months and they were paid for that period.

What is the update on that case?

They got a letter a year later asking them to report to Abuja. When they came to Abuja, their letters of employment were withdrawn. In protest, they sent a petition to the President of the Senate through me, since I was their representative in the Senate. But before then I had called on the Commander General of the civil defense; I showed him the petition and told him this is not fair to these young people. He said they discovered they had some problems and they had to withdraw employment letters of some people. But I said that was wrong because they should not have taken money from these young men in the first place. Some of them could have even borrowed the money or their parents could have taken a loan from somewhere. So for these young people, it is double jeopardy. They still have the teller for the payment of the money and the account numbers of the officers who took the money.

Why were they sacked?

I think that perhaps somebody within the system collected money from them and got them employed. You know there was a scandal at a time about employment at the civil defense, and maybe they now found out that some people came in through payment of bribe and they now try to weed them out.

As a senator, what is your view on this kind of situation?

It’s endemic within the civil service – the (Ministries, Departments, and Agencies) MDAs. Anybody who claims to be ignorant of it must be deceiving himself. People come to me from time to time asking me to bring N500, 000 so that they can get a job in a ministry or agency of government. I always ask why do you have to pay money to join the civil service. Why would somebody who wants to employ you ask you to go and bring money? It is something everybody knows, and this has even come up in the Senate and the Senate had to set up a committee to look into it. I remember few year back when we were considering the budget of the MDA and the civil service commission came before us, I raised the issue with the chairman of the commission. I said this was a common practice in the civil service but she denied knowing anything about it. She said they were not aware of anything like that. But if you’re a parent or someone who has people looking for employment, you will know that this is real.

The chair of the civil service commission said she was not aware.

Yes, that’s what she said. One is not accusing her or holding her responsible because people under her could be doing it and she would not be aware. But it is incumbent on her to now go back and sit down, investigate the allegation and find out what’s going on. All my colleagues in the Senate back then were aware this is going on and everybody is complaining. And we have these young men who have come out to say money was taken from them for the job. How do you hire people, train them for three months, pay them salaries, and turn round to sack them when you do not have anything against them.

What was the content of the letter sent to the commander in Ekiti from the headquarters?

It read, “Please you have been directed to recover the original employment letter issued to the above-listed people, remove their names from the nominal and payroll, withdraw all corps insignia and send them away quietly and peacefully. So they have not been accused of stealing or negligence of duty and you say they should be sacked quietly and peacefully. These are all young graduates.

What are the plans of APC in Ekiti to unseat PDP in 2019 governorship election?

APC in Ekiti is determined to join forces and chase the incumbent governor that has looted the state and that has given us a bad name.