An Overview of The Refugee Crisis In 2017 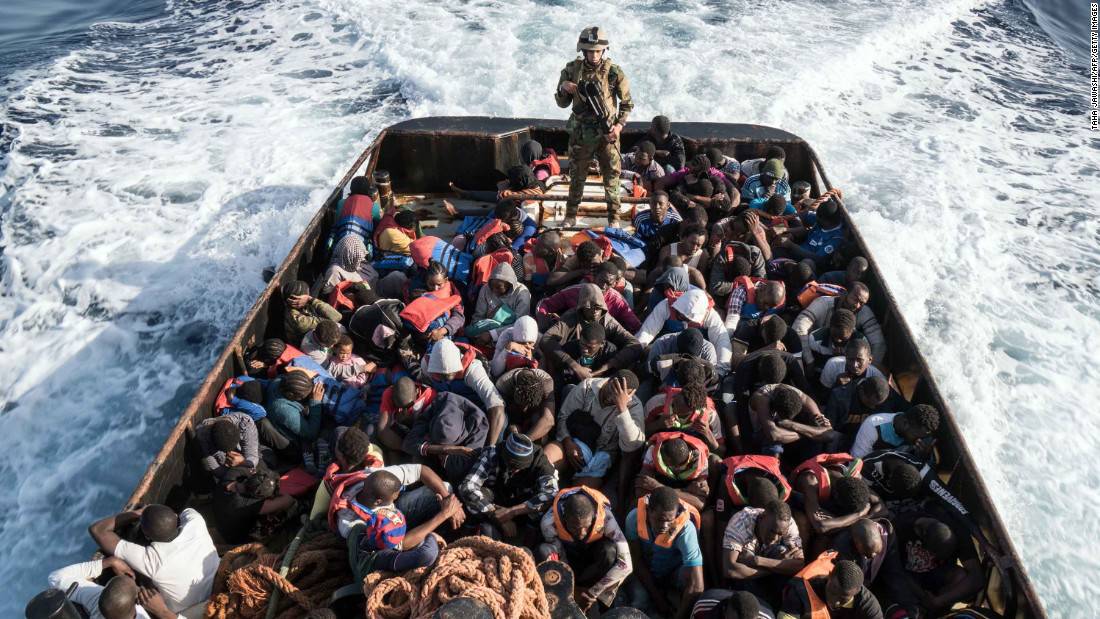 In September of 2015, the world was captivated when a photo of three-year-old Alan Kurdi’s lifeless body washed up on a beach in Turkey was circulated across the social media and global news. For many, seeing that photo was the first time the refugee-crisis became palpable.

Since then hundreds of thousands of refugees from more than a dozen countries have traveled thousands of miles, by land, air, and sea, to reach Europe. A destination that is often portrayed as paradise, especially to those from active war zones. However, these individuals are often faced with mixed-emotions as they reach the shores of the proverbial promise lands to be met with inhumane living conditions in camps, hostility from natives and, stagnant asylum processes.

Despite shifting global attention, in 2017, over 170,000 people traveled by sea to reach Europe. 3,081 of that number are feared to have drowned in similar conditions as young Alan Kurdi. 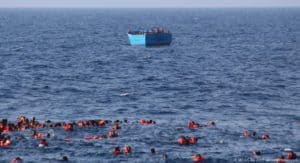 Migrants stranded at the Mediterranian Sea

According to the UN Refugee Agency, 17,487 Nigerian refugees crossed the mediterranean sea this year.

Though neighboring countries such as Cameroon and Chad have taken on most of the weight, a significant number of people fleeing from the tyranny of Boko Haram have found themselves in Italy, Greece, and Spain. The same goes for individuals fleeing Guinea, Ivory Coast, Morocco, Bangladesh and more.

Where they initially arrive is not always where asylum seekers stay in the long-run; however, the aforementioned European countries bear a considerable burden as the first point of contact.

Spain, in particular, has seen the most substantial increase in Asylum seekers this year just because it has Morocco as a direct link from Africa to its borders. It has received 5,000 more refugees this year than in 2016. And, just like the Mediterranean countries in 2014 to the present, Spain has had to come to grips with a new population of individuals in need while being immensely unprepared. 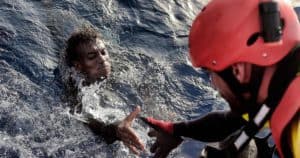 Migrant being rescued at the Mediterranean

“The State isn’t prepared, and there aren’t even the resources and the means to deal with the usual flow of people arriving by sea– given the current rise, we’re seeing an overflow situation when it comes to local authorities trying to cope at arrival points.” remarked a spokesperson for UNHCR Spain.

The situation in Spain has also sparked a renewed debate over EU country quotas for refugees. After reports revealed that Spain had accepted just 44% of the 15,755 people who applied for asylum, protesters took to the streets demanding that the Spanish government take in more.

Similar sentiments are echoed across Europe, even in Germany, the country that has taken in the most refugees in the EU. Because of this fact, the world is looking at Germany as a petri-dish of sorts for examining the socio-economic consequences of the refugee crisis. 2017 has, yet again, proven to be a tough year for refugee-native interactions due to the numerous reports of violence by and against asylum seekers.

Early this year, Germany’s Interior Ministry recorded more than 3,500 attacks on refugees, their shelters, volunteers and associated organizations. Which translates to 10 anti-refugee attacks per day.

Germany also reported an increase in crime due to the influx of refugees. The statistics detailing gender and age suggest that this surge is a result of work-restrictions on asylum-seekers as well as the fact that most asylum seekers are male between the age of 14 and 40. 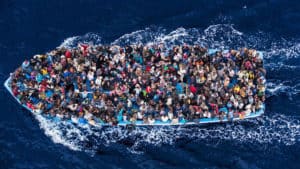 2017 proven also to be a year for altruism because thousands (perhaps hundreds of thousands) of individuals have lent their time to supporting initiatives and providing services to asylum seekers. Better yet, there is a recent trend of refugees helping refugees. As in, those who have been granted asylum or protected status in the EU assisting new-arrivals.

Feel-good stories are hard to come by. The situations asylum seekers are faced with even after arriving in Europe are often dismal. But, people like Rami Adham provide glimmers of hope for everyone, especially for those still trapped in war-torn areas. As of 2017, the infamous toy smuggler had made over 30 trips to Syria to give toys to children who likely do not remember or were not born at a time when their country was at peace.

Adham, an outspoken advocate for his people, responded to a significant instance of overt rejection of altruism, Trump’s immigration ban, by proclaiming “after six years, we should stop sitting by as though we are mere bystanders in this atrocity.”

As we enter into 2018, it is safe to say that many share his emotions on the matter.