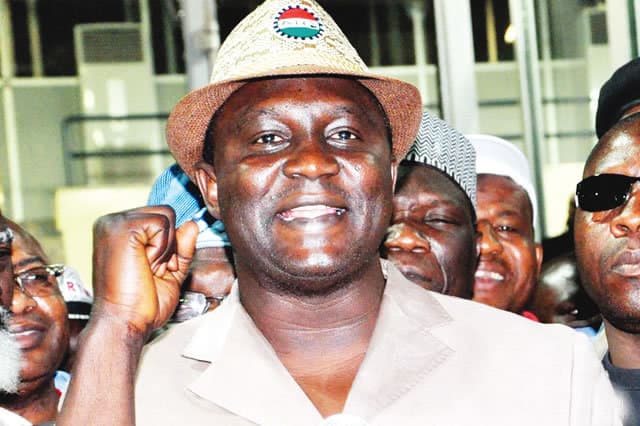 Due to owing up to 10 and more months salaries to some states government in Nigeria, the President of the Nigeria Labour Congress (NLC) Ayuba Wabba has lambasted President Muhammadu Buhari, claiming that the government has impoverished thousands of Nigerians.

Wabba also accused the APC led government of failure to produce adequate jobs for Nigerians despite promises made before it came into office three years ago.

The Labour President while lamenting the agony faced by workers in 2017, said Buhari’s government made 2017 difficult for workers across the nation, adding that the ruling APC government has not initiated policies capable of improving the deplorable economic situation of the country.

“Rather than work to create jobs and improve the conditions of workers and Nigerians in general, leading elements in the ruling APC government, like Governor Nasir El-Rufai, have been taking measures to further chastise and ruin Nigerians by throwing tens of thousands of workers into the already saturated unemployment market and wretchedness.”

Wabba also decried that states like Kogi, Osun, Benue, Ekiti, Bayelsa and several others entered 2018 with enormous arrears amounting to 10 or more months of wages and pensions, despite not minding the colossal proceeds from the Paris Club loan refunds and others which meant for payment of the salaries.

The Labour leader, however, challenged President Buhari and team to prepare for worse as the general election period approaches, adding that he was ready to mobilize workers against them.

“As the 2019 general elections approached [sic], workers would not forget governors who refused to pay their earned entitlements while paying themselves, their political appointees and cronies’ huge packages.”

He also lamented the fuel scarcity situation in Nigeria which some citizens have described as ‘evil new year gift’ from the APC government as several Nigerians are now faced with challenges in returning from traveling after Yuletide.

Wabba maintained that, despite the promise by the government that removal of subsidy on petroleum product will end scarcity, Nigerians still experienced anguish during the New year celebration.

He also said that the fuel scarcity in Nigeria was caused by nothing else but the refusal of the government to refine crude oil locally.

He wondered how Nigeria could be depending on the importation of refined petroleum, lamenting that the country remains the only major producer of crude oil that does that.

“For us in the Congress, and for majority of working people in Nigeria, the hope placed on the capacity of President Buhari to bring about positive change is being undermined by his government’s inability to address the infrastructural deficit and other related problems in the oil industry, such as making our existing refineries work at optimal capacity by refining products for domestic consumption.”

The Labour leader also said he hopes that long awaiting negotiations on minimum wage, become a reality before the end of the 3rd quarter of 2018.

“As we move into 2018, our expectation is that the executive arm of government will push for the implementation of key anti-corruption protocols and good governance principles in our public and private institutions.”