US And Turkey Threading A Thin Line To Avoid Major Conflicts 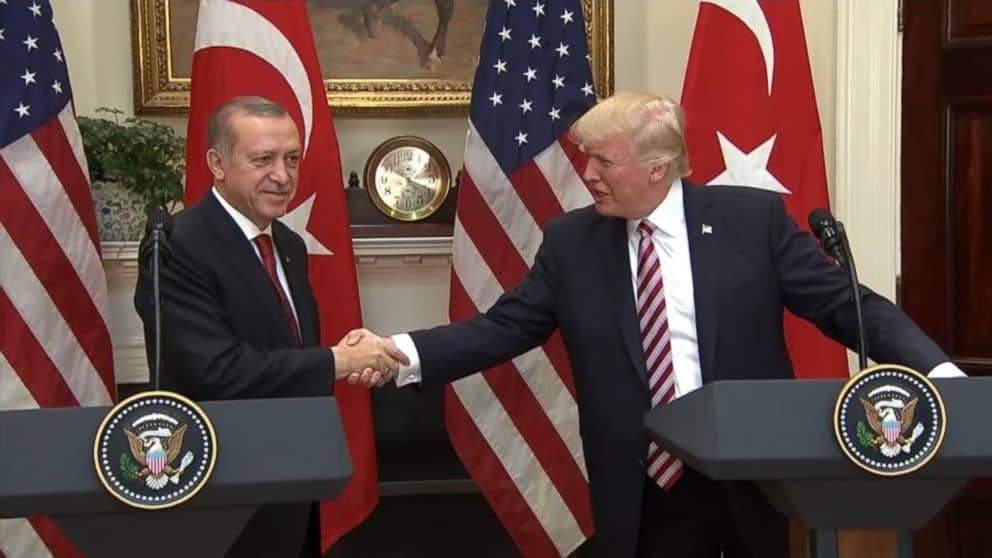 The US attempted to calm relations with Turkey on Thursday after previously announcing a new border security force to protect a Kurdish enclave which borders Syria.

After the plan was announced, Turkish president Tayyip Erdogan threatened to “drown this army of terror before it is born…The United States has admitted that it has created a terrorist force along our country’s border…” Turkey’s military chief of staff, Hulusi Akar, also attempted to secure Russian permission for an airstrike in Syria, as Russia controls the skies above the proposed attack area. Syria’s deputy foreign minister, Faisal Miqdad, retaliated by threatening to strike down any Turkish planes.

This escalated tension has severe implications for the United States, which is currently aligned with both Syrian Kurds and Turkey. Secretary of State Rex Tillerson’s attempt to explain the proposed border protection to avoid escalating the conflict in a region already on the brink of violence.

After meeting with Turkish Foreign Minister Mevlut Cavusoglu, Tillerson said the announcement was misinterpreted and any new security border force was instead an internally focused attempt to “prevent Daesh fighters from leaving Syria. These forces will augment local security in liberated areas and protect local populations.” Currently, approximately 2,000 US troops are in the area.

Turkish tanks and soldiers already populate the border of the Kurdish enclave of Afrin. Russian forces have previously attempted to calm the tension at the border as Turkey has repeatedly warned they will attack the Afrin enclave. After the border security announcement, Erdogan warned the US, “Don’t stand between these herd of murderers and us.” Russia also warned more US presence would fuel already high border tension.

Residents of Afrin protested the Turkish threats according to Kurdish Anha news agency.

A formal attack would formalize the existence of the Kurdish enclave modeled by Abdullah Ocalan, the Kurdish leader whose forces became allied with the Kurdish People’s Protection Units (YPG) in Syria. The US-backed Syrian Democratic Forces (SDF), created to fight the Islamic State, is mainly comprised of YPG.

Turkey accused the US forces who aid SDF of being terrorists because of their Kurdish support. US troops have been sent to northeast Syria to prevent conflict between the Kurds and Turkish soldiers.

According to Nicholas Heras of the Washington-based Center for a New American Security, this conflict about border security comes from the different parts of Washington battling the Islamic State failing to communicate their strategy with each other properly. Such miscommunication could lead to even worse situations than this latest blunder in the future.

Even after his meeting with Tillerson, Cavusoglu agreed with Heras. He told Turkey’s Anadolu news agency that “‘different opinions’ within the Pentagon and between the military and the State Department over U.S. support for the SDF may have been responsible for “‘causing problems.” Despite the government’s attempt to calm border relations, Cavusoglu said the damage might be irreversible.

It remains to be seen whether Tillerson’s remarks will be enough to assuage the tension or if this misstep will be irrevocable in Turkey-Syria relations.