Why Nigeria May Disintegrate Under Buhari’s Administration – Investigations 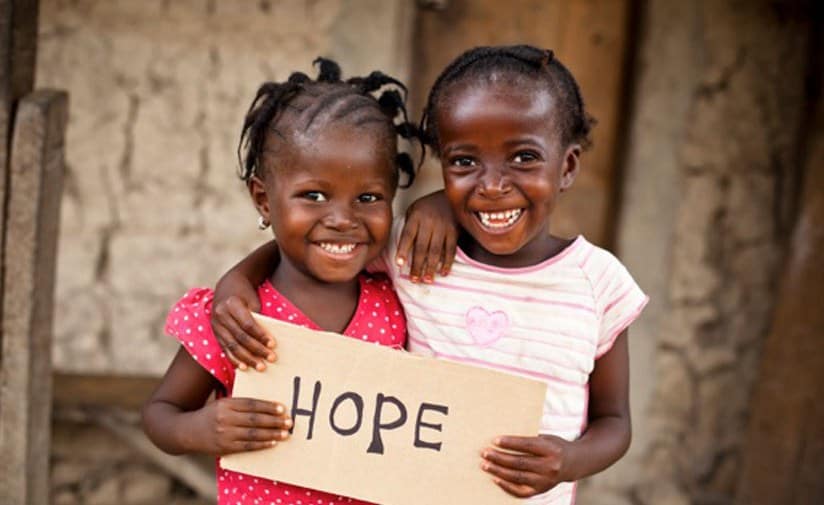 There are indications that possible disintegration of Nigeria may come under President Muhammadu Buhari’s administration, especially because stakeholders from the different ethnic group believe that the government does not encourage unity.

Investigations by our correspondent have revealed that major ethnic groups in the country have secretly begun moves to ensure sustainability in case the nation finally disintegrates.
For instance, recent emergency meeting, held by the major groups that made the country, was about regional interest and survival.”

On the southern parts of the country, which majorly consist of Yoruba and Igbo, it was gathered, from a reliable source, that leaders of the groups have been in a series of meetings on the possible harmony of a nation separate from the Hausas.

Both Igbo and Yoruba nations recently held a public meeting on a synergy between the two ethnic groups.
Though the meeting was said to be orchestrated for the unity of Nigeria, sources said the ulterior motive was in the interest of uniting the two groups in case the disintegrations finally occur.

An Igbo chieftain, who did not want to be mentioned by name, said.”With the manner, things are going in the country, we all know that the country is not far from disintegration. And that is why we have not been leaving any stone unturned to ensure that our tribe can survive.
“We understand that Yorubas have a better chance of survival on time, but we Igbos too will survive. And I can tell you that this is the reasons for various ethnic meetings which people are doing here and there.”
From thorough investigations, It was discovered that the reason for the decision by the groups was due to recent decisions by President Muhammadu Buhari’s administration, which showed that the President only focus on northerners alone.

A leader of Oodua People Congress in Lagos, Pa Titus Akinrinwa, said the Yoruba people have always been in preparation for separation.

“We all understand that soon we will all part ways. And that is why Yoruba leaders have not been resting over this issue. For instance, the meeting that was held by Tinubu with the chair of Afenifere in Ondo state was majorly in the interest of Yoruba nation. We have understood that the Hausas are only deceiving us. They do not have consideration for other tribes other than theirs. Look at the IPOB issue, which the president was in haste to declare them as a terrorist group. But now that herdsmen killed several people in the country and the whole country expect him to react, he remains silent. Is that the kind of unity we want? It is better we part ways than condoling what is not.”
To corroborate Akinrinwa’s comment, a Chieftain of Yoruba socio-cultural organization, Ayo Adebanjo, maintained that Muhammadu Buhari has shown that he is President of only the North.
Adebanjo said, since Buhari assumed power, all his actions have shown that he belongs to nobody but the Northerners.

“President Muhammadu Buhari is president of the North and not the president of Nigeria. Everything that Buhari has done so far since he assumed office as president shows where he belongs. It is apparent he belongs to nobody but the northerners; he does not belong to everybody in this country.
He turns a blind eye to everything happening outside the northern region if not. Look at what happened in Benue, what do you expect him to do? But in the case of IPOB proscribed them? I have said it severally, and I will keep saying that Buhari belongs to the north, not to Nigeria.”
The Afenifere, through its National Publicity Secretary, Yinka Odumakin also called on President Muhammadu Buhari to create a balance in the polity.

“This is a multi-ethnic country, but when we begin to treat other sections of the country as if they do not matter or exist, it is not healthy for the unity of the country. The President must watch out for such and create a balance.

He must ensure there is a balance because there are qualified people for all positions in the land.”
A former Presidential candidate, Pastor Tunde Bakare, faulted the manner in which President Muhammadu Buhari is handling the killings by Fulani herdsmen, saying the government is “laying a foundation for a cyclonic eruption of violence” in the country.

Bakare, who was Buhari’s running mate during the 2011 presidential election, accused the President of a double standard, pointing out that while the Federal Government led by Buhari was too quick to deploy military might against the agitating Indigenous People of Biafra, it looked the other way as herdsmen continued to take lives.

He said, in a sane country, such a government would have been shown the way out.
On how Buhari’s government is handling the herdsmen’s case, Bakare said, “I felt the government maintained what I call a deliberate, sinful silence and it is unfortunate that that can happen in this country.
Look at what happened to IPOB; they massively mobilized the military because of a man who is not killing anybody but just saying there would be no election.

In the present case, people, literally, were murdered and nothing was done. That is not justice, and you are laying a foundation for the cyclonic eruption of violence because once retaliation or reprisal begins, we can’t handle it. An eye for an eye will render all of us blind. What happened to those 70 people (Benue killings) is a sad tale. In fact, in a decent society, such a government will be shown the way out.”
He also condemned Buhari’s anti-corruption.

“The ineffectiveness of the anti-corruption war is seen in the loss of important corruption cases. For instance, in April 2017, the Federal Government lost four high-profile corruption cases in 96 hours.”
A recent comment by the Presidency on Benue killing has been generating negative ripples in the country.
According to reports, the Presidency has said that fewer people were killed in Benue compared to the many that were killed by Boko Haram under the last administration.

The Federal Government also made its plans known about creating cattle colonies across the country.
But, in what looked like a swift reaction, the pan-Yoruba socio-political organization, Afenifere, said that the idea of cattle colonies is an insult to Nigerians.

The Secretary-General of the association, Chief Sehinde Arogbofa, expressed disappointment saying, “The way President Muhammadu Buhari-led Federal Government was handling the issue of the herdsmen is disappointing.”

Afenifere also called on the government over the need for restructuring the nation as the only option to prevent the disintegration of the country.

Meanwhile, The Fulani Nationality Movement has said that “The killings in Benue of Tiv are well deserved.”
According to them, in a statement signed by one Badu Salisu, the national president of the group, “The Benue killings was a revenge attack on the series of an onslaught on the Fulani which was most horrendous on November 17, 2017, when 30 Fulani men and women were killed in Nasarawa State.”
They also argued that “The Cattle Colony is the only solution to the crisis. Whether the Federal Government or State Governments accept or not, we have asked all Fulani herdsmen all over West Africa to move to Nigeria and penetrate every corner for the upcoming Jihad. We have asked them to be armed since it seems it is the only language Nigeria understands.”

It was also gathered that northerners have also been preparing their minds in case the option to save lives will be disintegration.

The spokesperson for the Northern Elders Forum, Prof. Ango Abdullahi said the North was ever ready for the dissolution and that the way to go about it was through calling a formal meeting with full powers to terminate the legal relationships between the constituent parts in Nigeria.
According to him, “If we agree that we should live together as a people and as a country, so be it, but if the consensus is that Nigerians want to go their separate ways either on the basis of ethnicity, culture, history or religion, why not; why not, if anybody tells you that the largely informed opinion in the North is against the dissolution of Nigeria, he is telling you lies.”
For Alhaji Tanko Yakassai, said “It does not matter whether Nigeria will continue as a single political entity or not. We in the north need to have a kind of master plan for our future and the future of our people. It is wrong for us to be living in the way we are without any plan for our development for the present and our future.”

He explained, “A preparatory committee should be set up to define the objectives of the meeting. I for one never believed that Nigerians would be better off in separation.
I have had this conviction right from 1953, and my position remains the same until today. But, it will be foolhardy to sit idly by in the face of one agitation after another. In a period of uncertainty, it wrong to assume everything is normal.”