This Week In Review: Another White House Official Resigns

Now former White House Staff Secretary, Rob Porter, resigned from his position this week as a result of both his ex-wives coming forward to share their stories of abuse.

This whirlwind story got its start when Porter’s first wife, Colbie Holderness, spoke to the Daily Mail early in the week. Detailing her 5-years of abuse at the hand of Porter.

“He was never physically abusive until our honeymoon and that floored me”, she recounted- “He would throw me down on the bed, put his full body weight on top of me, then grind a knee or elbow into my body, expressing rage.”

When the story first broke out, White House Staff, notably Chief of Staff John Kelly and Press Secretary Raj Shah, who both responded to the initial reports by standing in support of their colleague. Kelly initially calling Porter a “man of true honor and integrity” before reversing that statement to say “There is no place for domestic violence.”

A catalyst for this change of heart by White House staff was the follow-up report from Porter’s second wife, Jennifer Willoughby, corroborating that he was emotionally and physically abusive to her as well.

Following those reports and Willoughby’s subsequent media presence, Porter resigned from his post having only released a statement that read “ These outrageous allegations are simply false– I have been transparent and truthful about these vile claims, but I will not further engage publicly with a coordinated smear campaign.”

His former boss, President Donald Trump seems to agree. Early Saturday, February 10th he tweeted, “Peoples lives are being shattered and destroyed by a mere allegation. Some are true and some are false. Some are old and some are new. There is no recovery for someone falsely accused – life and career are gone. Is there no such thing any longer as Due Process?.”

The “colossal waste of time” and DACA

The United States government shut down for the second time this year. This time, however, it was for a little over 5 hours. 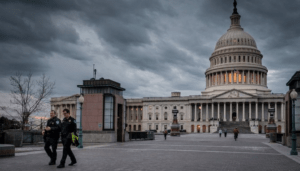 Also unlike last time, there is one particular Congress member that is, seemingly, to blame- Republican Senator Rand Paul. This is because his filibuster was the reason why the Senate missed its midnight deadline. He apparently did this as a form of protest against the Senate’s decision to break the government budget caps, which were set back in 2013.

His colleagues on both sides reportedly called the filibuster a “colossal waste of time.”

There were, of course, more reasons that can be attributed to the brief shutdown. Namely, the House Democrats fighting yet failing to come to an agreement about Deferred Action for Childhood Arrivals (DACA) and a DREAM Act.

Though both sides voted on a spending bill to end the shutdown, the Democrats have, once again, broken their promise to come up with a long-term solution for undocumented individuals who were brought to the United States as children.

The Olympics in Pyongyang

This week’s international news was filled with more scenes of showmanship than usual due to the start of the Winter Olympics.

This particular Olympic gathering has been receiving notoriety for its role in seemingly warming relations between North and South Korea. Both countries, who have infamously been at odds for decades, agreed to enter the Olympic games together, as one Korea. And, though many remain cautious (North Korea is still actively testing missiles that threaten the area’s peace), there seems to be a glimmer of hope for a friendly line of communication between the two countries. 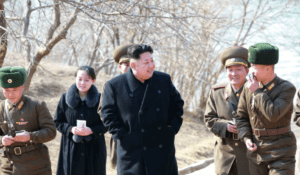 Vice-president, Mike Pence and his wife, who attended the opening ceremonies, notably did not stand up to clap as the Korean teams were being showcases.

According to the Israel Defense Forces, an Israeli fighter jet was downed during air strikes from Syria.

Though this is a developing story, some details are known: The aircraft was downed after one of Israel’s combat helicopters intercepted an Iranian Drone that was apparently launched from Syria. Israel’s retribution was to target 12 sites in Syria, specifically 4 defense and militia sites that were run by Iranian forces.

The Israel Defense Forces, in a statement, called those targets “part of Iran’s military establishment in Syria.”

Concluding with “ The IDF will act determinately against such severe violations of Israeli sovereignty by Iran and Syria and will continue to act as necessary.”

This incident marks in the first time in several years that Israel has been militarily involved in Syria.