13 Russians Indicted By Mueller Team For 2016 US Election Meddling 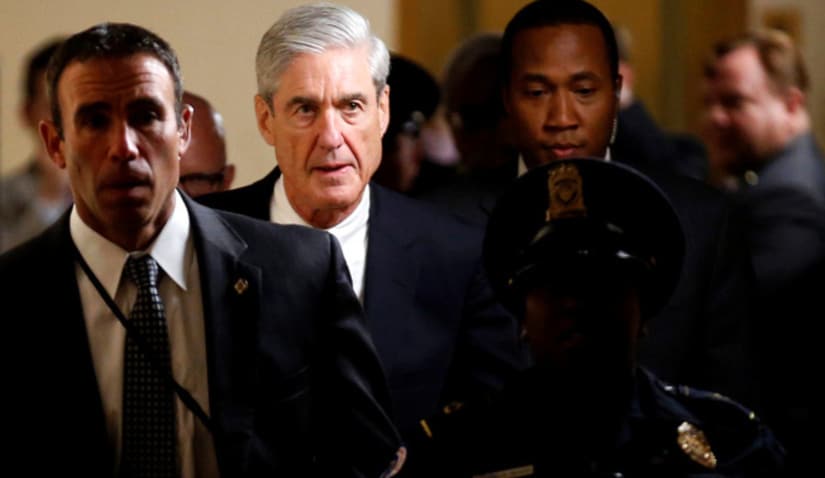 Special Counsel Robert Mueller on Friday indicted 13 Russian nationals and three Russian companies with “illegally trying to disrupt the American political process, including efforts designed to boost the presidential candidacy of Donald Trump and hurt that of his opponent, Hillary Clinton.”

The indictment describes a three-year elaborate plot carried out on social media and in public to sow discord among voters and “use any opportunity to criticize Hillary and the rest (except Sanders and Trump—we support them).”

One of the main parties named in the indictment is the Russian-run Internet Research Agency who was in contact with Trump campaign members and volunteers to spread posts and tweets to support the candidate. Some coined hashtags include “#TrumpTrain” “#Trump2016” “MAGA” and “Hillary4Prison.” Russian bank accounts were used to purchase online advertisements with titles such as “Ohio Wants Hillary 4 Prison,” and “Hillary is a Satan, and her crimes and lies had proved just how evil she is.” Named accounts were called “March for Trump” on Twitter and “Trumpsters United” and “FRAUDation” on Facebook.

The organization called their US operation “The Translation Project” and routed their work through a US-based VPN service so their work appeared to come from Americans.

Though the conspirators named were in contact with people associated with the Trump campaign, the indictment said they were unwitting victims and believed they were communicating with Americans. Deputy Attorney General Rod Rosenstein also said on Friday, “There is no allegation in the indictment that the charged conduct altered the outcome of the 2016 election.”

President Trump seized on this knowledge in his latest tweet, continuing his pattern of dismissing the Russia investigations as “fake news.”

“Russia started their anti-US campaign in 2014, long before I announced that I would run for President. The results of the election were not impacted. The Trump campaign did nothing wrong – no collusion!”

The Translation Project did not limit their activities to social media. The 37-page indictment said two of those indicted traveled to Nevada, California, New Mexico, Colorado, Illinois, Michigan, Louisiana, Texas and New York “to gather intelligence.” Russian nationals were also accused of paying people to perform stunts at pro-Trump rallies, like an actress wearing a Hillary Clinton costume in a prison uniform standing in a cage and leading chants of “Lock her up!”

Not only did the Russians indicted promote Trump and denigrate Hillary Clinton, they also targeted minority groups online to prevent voting. A Facebook group called “United Muslims of America” posted messages discouraging people from voting. One post read “Most of the American Muslim voters refuse to vote for Hillary Clinton because she wants to continue the war on Muslims in the middle east and voted yes for invading Iraq.”

An Instagram account called “Woke Blacks” posted in October 2016 “Hatred for Trump is misleading the people and forcing Blacks to vote Killary. We cannot resort to the lesser of two evils.”

Again posing as American activists, several of the individuals named were in touch with a political organizer in Texas who told them to focus on “purple states like Colorado, Virginia & Florida.” In subsequent communication amongst themselves, the Russian nationals frequently referred to operations in “purple states.”