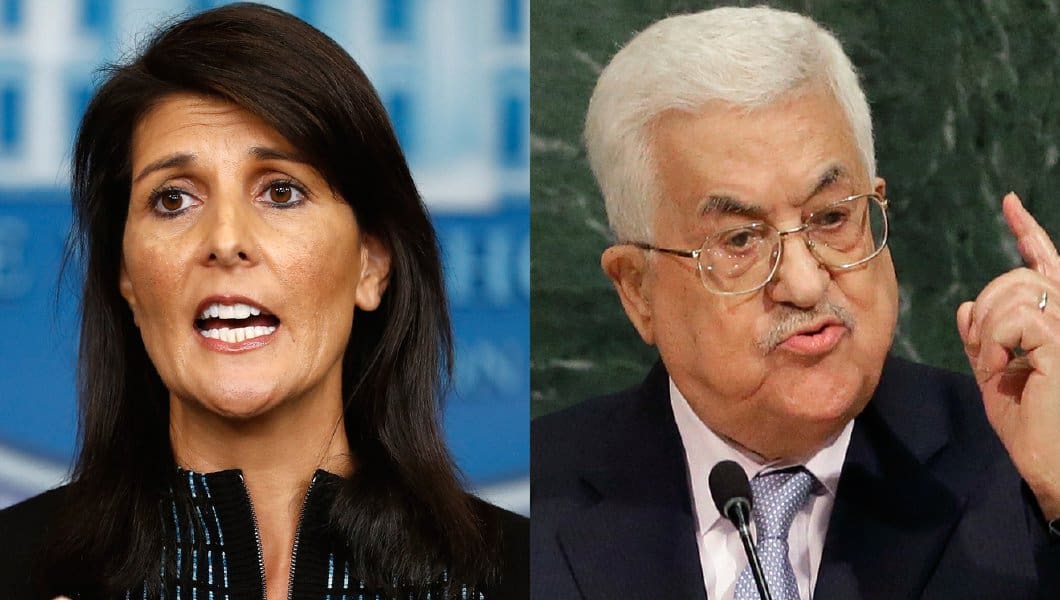 Palestinian Authority President Mahmoud Abbas is calling for an “international peace conference” to discuss the Middle East, in what appears to be a roundabout snub of the Trump administration.

Abbas spoke to the United Nations Security Council this morning, during a visit to UN Headquarters in New York. He railed against the Trump administration’s “unlawful decision” to relocate its embassy in Israel to Jerusalem. And he complained that the US has decided to “punish” Palestinian refugees by reducing its contribution to a UN humanitarian fund.

In the face of this, Abbas said that Palestinians could no longer rely on the United States alone as a partner in negotiating for Middle East peace. He said from now on; the Palestinian Authority will try to continue the peace process through a multilateral approach:

Abbas ran through a laundry list of demands for the outcome of this peace conference, which he said should take place by the end of 2018. Among his demands were international recognition of Palestine as a UN member state and mutual recognition between Israel and Palestine on the basis of the 1967 borders.

Both the United States and Israel scoffed at Abbas’s proposal, arguing that the PA president is trying to avoid the tough work of one-on-one negotiations with Israel in favor of an international conference. Danny Danon, the Israeli ambassador, jibed at Abbas for leaving the Security Council meeting as soon as he had finished his speech, instead of staying to negotiate:

“We hoped that Mr. Abbas would stay and have a dialogue,” Danon said. “Unfortunately, he’s once again running away. Look what just happened in this room. Mr. Abbas came in. He put his demands on the table, and he left, and he’s expecting you to deliver the results.”

Jared Kushner, President Trump’s senior advisor, and son-in-law were present during the Security Council meeting and watched stony-faced as Abbas lambasted the Trump administration’s actions. US ambassador Nikki Haley sat grimly with her arms folded. When it was her turn to speak, Haley said that she understood that the Palestinians were disappointed by the US decision to move its embassy to Jerusalem. However, she seemed impatient for Abbas to set aside that grievance and move on:

” You can choose to denounce the United States, reject the U.S. role in peace talks, and pursue punitive measures against Israel in international forums…or, you can choose to put aside your anger about the location of our embassy and move forward with us toward a negotiated compromise.”

For his part, the Russian ambassador seemed optimistic and energized by Abbas’s presence and by his rejection of the US as a mediator in the Middle East. Vasily Nebenzia said that Russia “stands ready to help” and would be happy to provide “a Russian platform” for any future conference (as they have provided “platforms” for meetings about Syria). Upon leaving the Security Council in the early afternoon, Nebenzia smiled at the gathered reporters and said, “something is cooking.”