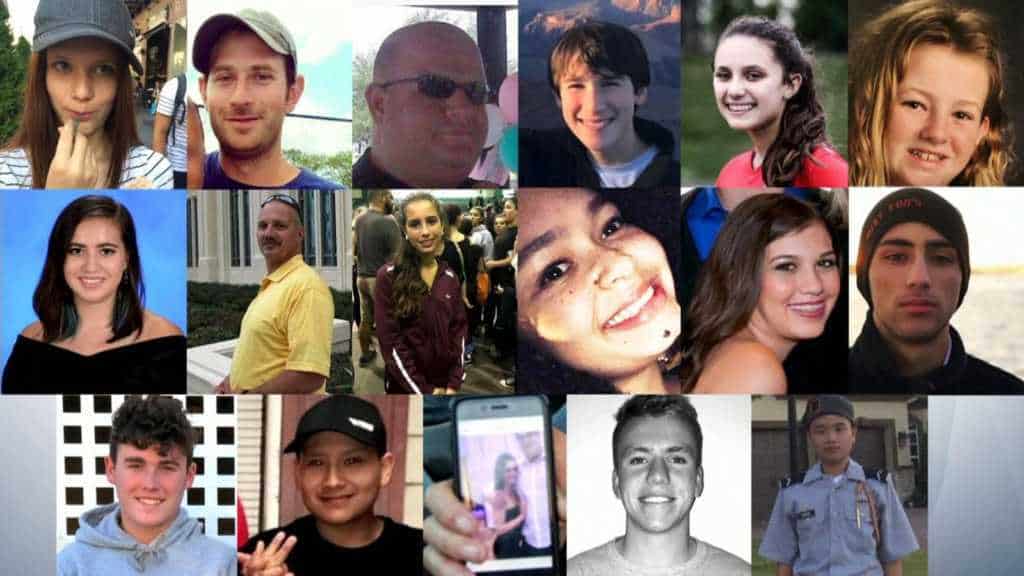 One week after a Florida gunman killed 17 at Marjory Stoneman Douglas High School, students have descended on Washington and Florida’s capital to demand changes in gun control laws. The student-led movement has been dubbed #NeverAgain and is growing steam across the country.

A listening session was held Wednesday, February 21 at the White House State Dining Room when lawmakers and President Trump met with Florida students, teachers, and parents affected by school shootings.

“‘We’re going to do something about this horrible situation,” Trump said. He agreed stronger background checks and mental health screenings were necessary.

The session turned emotional when Andrew Pollack, whose daughter was killed in the Florida shooting, made an impassioned plea. “‘It should have been one school shooting, and we should have fixed it, and I’m pissed,” Mr. Pollack said, raising his voice as he looked at Mr. Trump, ‘because my daughter, I’m not going to see again.’”

On Tuesday, President Trump ordered the Justice Department on Tuesday to ban “bump stocks” which convert semi-automatic rifles into automatic weapons. Trump’s critics have noted the vocal and financial support he has enjoyed from the National Rifle Association. At their annual convention, Trump declared “To the N.R.A., I can proudly say I will never, ever let you down.”

The “March For Our Lives” national protest has been planned by the students at Marjory Stoneman Douglas High School on March 24 in Washington DC. Celebrities including George Clooney and Oprah Winfrey have pledged their support. 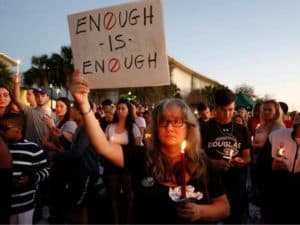 Florida is a gun-heavy state as many Floridians own a gun and hunting is a popular sport. The National Rifle Association has had the support of every Florida governor for the last twenty years. While states that are not gun-heavy have passed gun control legislation after school shootings occurred, like Colorado and Connecticut after Columbine and Sandy Hook, Florida has yet to make changes.

However, as midterm elections approach, Florida lawmakers are being forced to reckon with gun culture for the first time.

Students have been descending on the capitol in Tallahassee from all over the country in the past few days.

On Tuesday, some students cried as they watched Florida lawmakers reject a ban on semi-automatic rifles like the AR-15 used in the shooting.

Last Thursday, February 15, one day after the shooting, Republican gubernatorial candidate, and current Florida Agriculture Commissioner Adam Putnam postponed a hearing on a bill that would have allowed easier access to concealed carry permits. One of his challengers, the Democratic candidate for governor Gwen Graham called for current Governor Rick Scott to suspend the licenses and sales of AR-15s and other assault weapons. The other Democratic candidates did the same.

Today, students took the floor of the Florida house. The division between the students’ demands and the lawmakers’ positions were clear.

Sixteen-year-old Alondra Gittelson asked Speaker of the House Richard Corcoran why the AR-15 rifle was even widely accessible among civilians. Cocoran replied that he saw the AR-15 as a “legitimate hunting weapon” and a ban would not help school shootings.

Outside the capitol building, more students from across the state and country protested by holding signs and chanting “Vote them out!”