An Interview With Shehu Sani: “President Buhari Should Lead A Campaign To End Crisis In Nigeria” 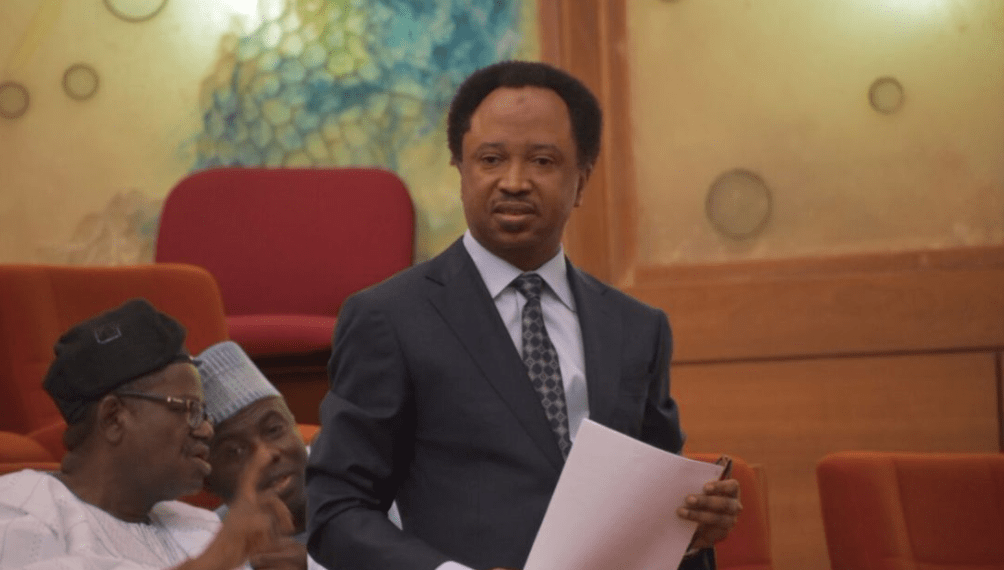 Shehu Sani is the Senator representing Kaduna Central District, under the ruling party, All Progressives Congress. In this interview, he outlined his views on the weaknesses and corrupt practices of some government officials and proffered solutions to series of attacks against innocent citizens of the nation.

The Chairman of the Northern Senators Caucus, Sen. Abdullahi Adamu was suspended yesterday by the Senate, following allegations of misappropriating N70m belonging to the group. What really happened?

The money was handed over to the caucus from the 7th Senate and it was in the custody of the sacked chairman but could not be accounted for.

But your distinguished colleagues have not really said the fund was diverted. Cuts in …

Abdullahi Adamu is a distinguished senator and an elder statesman. There are some things that some of my colleagues cannot say but I am not used to holding back what is the truth. When we resumed as senators, Senator Ahmed Lawan tendered the sum of N70 million to the 8th senate as the money that was gathered by northern senators from the 7th Senate.

If the allegation is financial misappropriation like you have painted, what has it got to do with the monkey?

The rumour going around, though I don’t know whether it is true, is that there were allegations that some monkeys raided the farmhouse of some of the executives in northern senators forum and carted away some of these monies. I think this country is becoming a huge joke, first of all, it was the rodent that drove the president from office and we now have snakes consuming about N36 million, and now you have monkeys.

Also, you went to the headquarters of the Joint Admissions and Matriculations Board in Bwari, Abuja over the missing N36 million. What were your intentions?

I visited JAMB’s office to get to the bottom of the issue surrounding the reported case of missing N36 million from the JAMB office in Makurdi, Benue. I heard that one Philomena Chieshe, a sales clerk in the JAMB office, Makurdi, told JAMB registrar and his team that she could not account for N36 million she made in previous years before the abolition of scratch cards.

In the course of interrogation, Philomena denied the allegations that she stole the money but confessed that her housemaid connived with another JAMB staff to spiritually (through a snake) steal the money from the vault in the account office.

Is it true you were at JAMB office with snake charmers?

Yes, it was of concern that such a huge sum of money was reported to have been swallowed by a snake. I believe that the contribution I can make is to bring snake charmers from my constituency to the JAMB office and to help them fish out the snake and weed out snakes from their premises. If a snake could actually swallow N36 million, one day Nigerians may wake up to say that a snake had swallowed the country’s foreign reserve. I believe that my contribution to JAMB will help them fish out snakes within the office.

How would you describe the tenure of the current JAMB’s registrar?

I know that the missing fund was not in his tenure. We are very proud of him. We believe he is someone, who should continue to man this agency and he is acting in the right direction. It is good for Nigerians to know this is what has been happening before he came into office. I believe the best thing we can do is to continue to support him.

Series of killing had occurred in Benue State and President Muhammadu Buhari has not visited the state. Being a member of APC, what is your view on this?

When we have a crisis is some parts of the country, it is symbolic to see the leadership of the country moving to that very spotlight, giving the people hope, confidence and assurance. My position is that there is still the need for a special delegation if the President cannot make it, to go to Benue and commiserate with the people.

What is your take on series of crisis witness across the country?

I have seen this crisis being looked at from a different perspective. Some are seeing it from the sectional, religious and ethnic perspective and that colour the problem. My position is that the Federal Government has the duty to work with the state government and see that this is resolved.

It is very clear to us that what is in the mind, focus and the priority of the political class is the 2019 general elections and people are dying. My call is that the President should put a stop to this; Governors leaving their duty post, coming to the villa everyday endorsing the President while the states are burning. My position is that the President is the person who should lead the campaign to end this problem.

What is your reaction to the move of a group under the auspices of ‘Concerned Indigenes’ of Kaduna Central Senatorial Zone that called for your recall from the National Assembly over non-performance?

I am not scared of a recall and would continue to criticize the anti-people’s policy of the government. It is regrettable that the government feel they should be using jobless youths in attacking a senator.

The issue of recall is nothing new. We are not deterred by the threat at all because it’s being the usual trend. We will continue to challenge any anti-people policy both in the state and the country. I will not dance to the tune of the party simply because he is from the same party with the governor or the president.