Week In Review: Man shoots himself outside of the White House

A snapshot of the scene

Late Saturday morning, a man shot himself outside of the White House.

“BREAKING: We’re sheltering in place at the White House briefing room. A report of “shots fired” near North Lawn, per a U.S. Secret Service agent. Trying to learn more,” Bennett wrote on Twitter.

According to a statement by the Secret Service, a Caucasian man walked up to the North side of the White House fence and proceeds to fire several rounds. In accordance with the protocol, the entire White House was put on lockdown. President Trump was in Palm Beach, Florida at the time and is due back in Washington on Saturday night.

Following the shots, the Secret Service determined that none of the rounds fired were directed at the White House. And, presumably to not sensationalize a suicide, the Secret Service is withholding the name of the deceased till a next of kin can be located and notified.

As another staffer exits, many worry about the state of the White House

White House communications director and Trump confidant, Hope Hicks, announced her resignation on Wednesday. Adding to the growing list of officials who have left the White House amidst a scandal.

Though she was the fourth person to have that position since President Trump was inaugurated, her relationship with the president suggested a new norm of permanence. 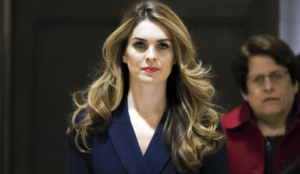 This resignation came just one day after Hicks nine-hour interview with the House panel investigation collusion in the 2016 election. In this interview, Hicks stated that she has told “white lies” on the president’s behalf. However, she said that he never lied about anything related to the election.

Trump responded in a statement saying that he “will miss having her by my side.”

In an action in line with his campaign talking points, President Trump announced on Thursday that the United States will now place 25%  tariffs steel and aluminum. This declaration has caused a stir in the stock market and angered U.S citizens at home and abroad.

China responded on Friday with a plea that the U.S “abide by the multilateral trade rules and make contributions to the international trade and economic order” 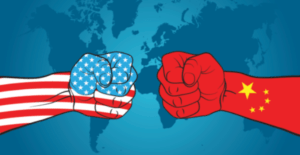 To which Trump responded on Twitter saying “If the EU wants to further increase their already massive tariffs and barriers on US companies doing business there, we will simply apply a Tax on their Cars which freely pour into the US. They make it impossible for our cars (and more) to sell there. Big trade imbalance!”

These statements by the President seem inflammatory not just to usual critics but also from the Republican Party. Some, notably Senators John McCain, saying that these actions will only hurt American consumers and workers.

Cambodia presents evidence that the U.S does not provide aid

The prime minister of Cambodia, Hun Sen, has accused the U.S government of lying about the amount of aid it gives to his country.

He lamented, “Please, US ambassador, answer this one question: Why did you announce cutting aid while there is no aid? Do you intend to distort the reputation of Cambodia?” 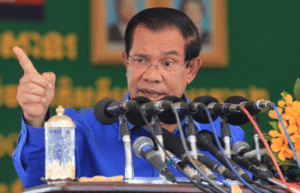 This came as a response to the U.S announcing that it will suspend aid to the nation because of its supposed undemocratic “setbacks.” This specifically refers to Cambodia’s recent Senate election which was held this past Sunday.

“Senate elections on February 25 … failed to represent the genuine will of the Cambodian people–These setbacks compelled the United States to review its assistance to Cambodia to ensure that American taxpayer funds are not being used to support anti-democratic behavior.” the official White House statement said.