North Korea Ready For Peace Talks With The US 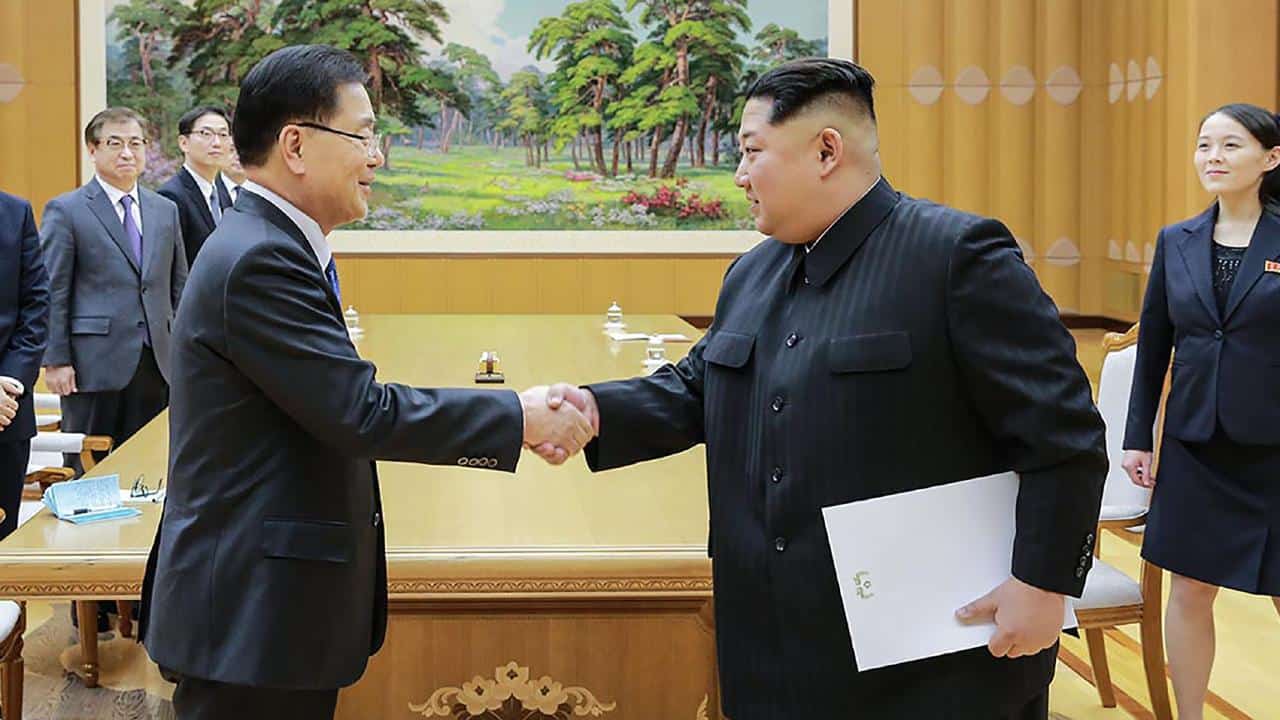 North Korea may be ready to abandon its nuclear weapons and hold peace talks with the United States.

North Korean media called the talks “open-hearted” and said Kim had given the South Koreans a “warm welcome,” although the pictures published show a room full of stiff and unsmiling officials. Mr. Kim’s wife and his sister were also present at the dinner.

The South Korean delegation returned to Seoul today, excited to announce that Kim might be willing to stop his nuclear program.

A statement from the South Korea president’s office said: “The North showed the willingness on denuclearization in the Korean Peninsula. If military threats to the North Korea decrease and regime safety is guaranteed, the North showed that it has no reason to retain nukes.”

This is a very unusual step for North Korea, one of the most belligerent states in the world. Its government has repeatedly issued warnings that it is capable of reaching the continental United States with a ballistic missile. The government has also repeatedly flown missiles over northern Japan.

President Trump greeted the announcement with cautious optimism. In a tweet, the US president said,

Possible progress being made in talks with North Korea. For the first time in many years, a serious effort is being made by all parties concerned. The World is watching and waiting! Maybe false hope, but the U.S. is ready to go hard in either direction!

The Trump administration has insisted that it will only hold talks with North Korea if the hermit kingdom is ready to abandon its nuclear and missile programs. The US has also often expressed skepticism about North Korean promises.

North Korea has frequently said that it will not abandon its nuclear program unless the United States stops threatening to use force against it. North Korea often complains about the joint military training exercises that the US conducts with South Korea. North Korea sees those exercises as a threat to its safety and sovereignty.

Today’s statement, while it offers to halt nuclear and missile activities, still calls on the United States to stop “threatening” North Korea. It is not clear what that means, and it is doubtful that the US would be willing to stop conducting military exercises near the Korean peninsula.