Students Across The Nation Walkout In Protest For Gun Control 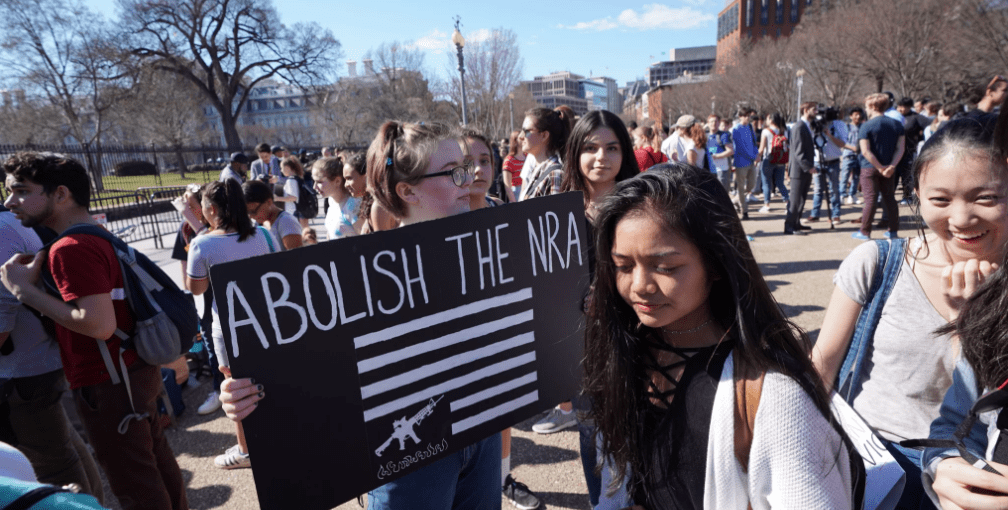 Social media was flooded with pictures and videos of hundreds of students participating in the walkouts and advocating for gun control. Many of the participants have expressed their sheer happiness to be involved in the walkouts to the press. “To see that many kids engaged and what their voices could accomplish and seeing the masses, it was an incredible feeling.” said a student from Missouri.

Though many were happy and able to participate, some were prevented- actively or passively- by their school’s administration. There are some reports of schools preventing walkouts by scheduling an impromptu fire or natural disaster drill. Or even calling an assembly.

Some schools banned walkouts outright. Harford County put out a statement saying “students who leave buildings may be subject to disciplinary action for disrupting school operations.” Needville superintendent threatened 3-day suspensions for any student who participated.

As seen in many viral posts on social media- marked with the hashtag #Enough- students who attended school’s that prevented a walkout staged alternatives such as sit-ins, vigils and a walk to the auditorium.

According to NBC News, 186,000 were expected to walk out on Wednesday. However, it is likely that the actual numbers exceeded that.

The students, as represented by the National Student Walkout organization, are asking for three key things from Congress: Ban assault weapons, require universal background checks before gun sales and pass a “violence restraining order” that would allow courts to disarm people who display warning signs of violent behavior.

Though the national conversation is contentious, these students, who are closest to the issue, seem to be clear-minded about the changes they believe are needed in order to keep them safe in their schools, and they don’t seem to mind stirring up the pot to get results.

Students from schools across the nation and Marjory Stoneman Douglas High School seem to have personified Marjory Douglas. She herself said once “ Be a nuisance where it counts. Do your part to inform and stimulate the public to join your action. Be depressed, discouraged and disappointed at failure and the disheartening effects of ignorance, greed, corruption and bad politics— but never give up.”