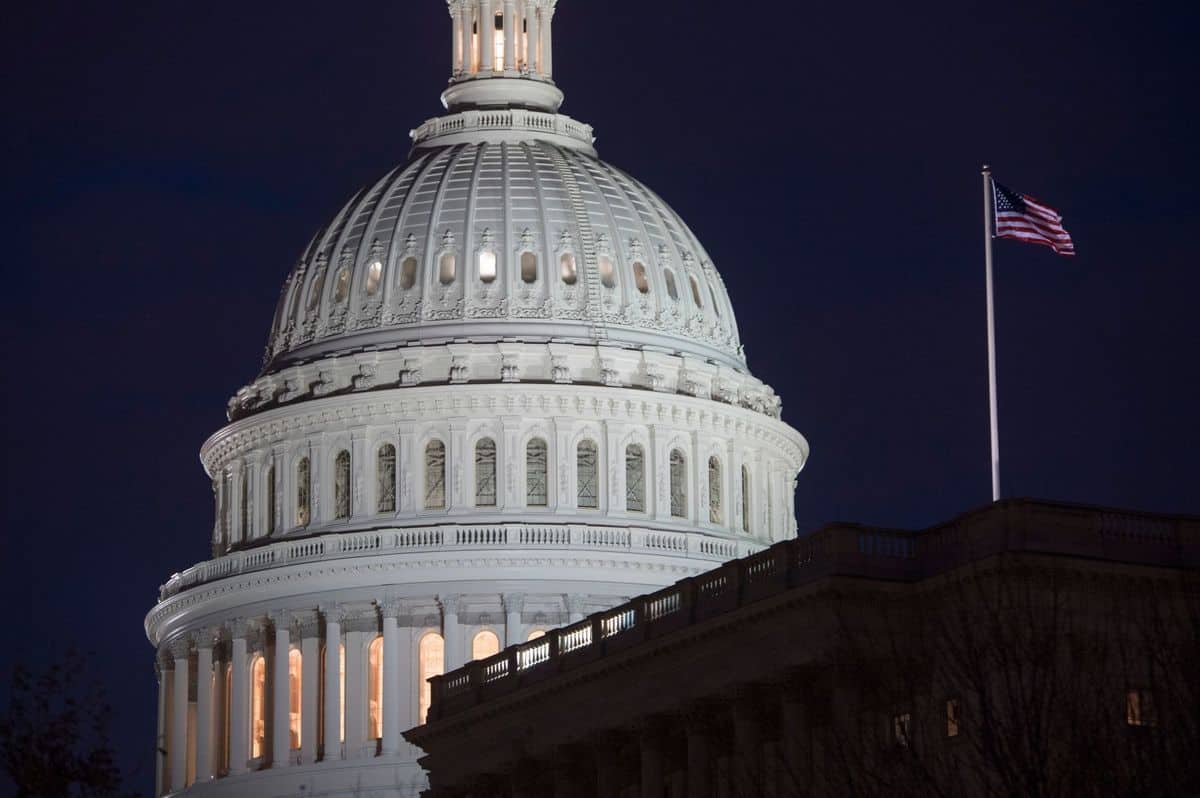 Congress agrees on a Massive spending bill to fund the government

Facing a fast-approaching Friday night deadline, Congressional leaders have reached a deal on a $1.3 trillion spending package that includes $700 billion for defense and $591 billion for non-defense spending.

The complex agreement, which includes several unrelated riders, appears to have the support of President Trump. White House Press Secretary Sarah Huckabee Sanders said in a statement, “The president and the leaders discussed their support for the bill, which includes more funds to rebuild the military, such as the largest pay raise for our troops in a decade, more than 100 miles of new construction for the border wall and other key domestic priorities, like combatting the opioid crisis and rebuilding our nation’s infrastructure”

The massive spending bill, one of the largest in modern history, would include $1.57 billion for border security. Approximately $642 million would be allocated to thirty miles of new border fencing and $1.296 billion for new border technology. This is far short of the $25 billion President Trump initially requested for a border wall, more border patrol agents, and additional detention beds for undocumented immigrants.

Law enforcement agencies including the D.E.A, US Marshalls, and FBI, will receive a 3 to 5 percent funding increase and military personnel will receive a 2.4 percent pay increase. An additional $2 billion will be allocated to veteran’s hospital maintenance and construction projects. Additional funding will be used to secure the midterm elections from Russian cyber attacks and help states shore up voting system security.

A provision will be added to the Omnibus package clarifying the Centers for Disease Control is not barred from gun violence research under the 1996 Dickey Amendment. The Fix NICS Act, also included in the draft encourages states to share data with the FBI to improve the quality of background checks for gun buyers. Some Democrats have expressed disappointment that stronger gun control measures are not included.

Democratic members of Congress are also discouraged that the bill does not address immigration concerns, specifically the Deferred Action for Childhood Arrivals program. Inclusion in must-pass legislation may be the last, best chance the DACA issue would be resolved this year.

Funding is not included for Obamacare stabilization. President Trump ended subsidies paid to insurance companies to cover the costs for families who have difficulty paying for visits to the doctor or deductibles. Congress will not reauthorize those payments in this legislation.

The bill may indirectly fund new York and New Jersey’s Gateway Tunnel project. The pet project of Senate Minority Leader Chuck Schumer was nearly derailed by President Trump when DACA/Border Wall negotiations broke down last year. The President actively lobbied against the project. The spending bill will allocate $650 million for Amtrak that could be used for the project, as well $153 million for New York and New Jersey.

The spending bill will require a vote in the US House of Representatives and the Senate. The House may take up the bill as early as Thursday although some members have expressed frustration with the last minute, rush vote.

The passage is also not guaranteed in the Senate, and any member can hold up the vote until after the midnight Friday deadline, forcing another government shutdown.

President Trump twitted the concession he got on the massive spending bill;

Got $1.6 Billion to start Wall on Southern Border, rest will be forthcoming. Most importantly, got $700 Billion to rebuild our Military, $716 Billion next year…most ever. Had to waste money on Dem giveaways in order to take care of military pay increase and new equipment.