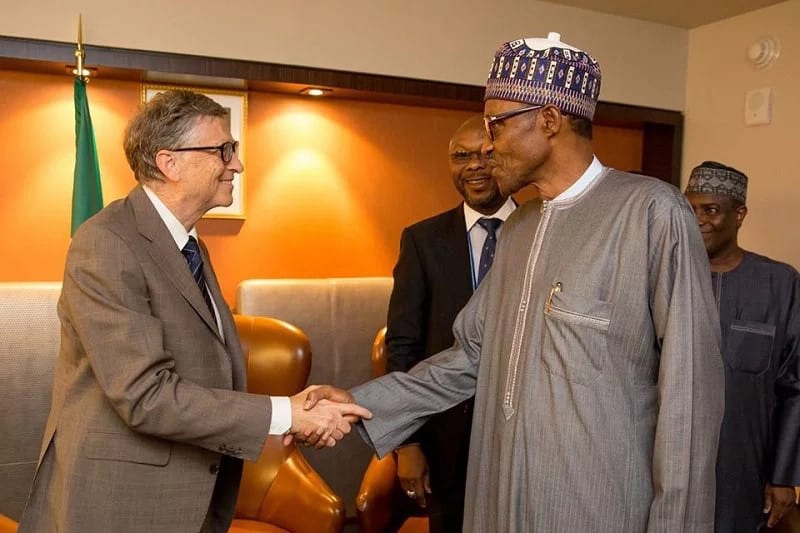 Mixed feelings have trailed the comments of Bill Gates on the Nigerian government’s economic plans which he said is not reflective of the people’s needs.

Gates in his address at a special session of the National Economic Council held at the Presidential Villa, Abuja, had explained that the country would do better with strong investments in health and education, rather than concentrating on physical infrastructure to the detriment of human capital development.

He said, “Nigeria is one of the most dangerous places in the world to give birth, with the fourth-worst maternal mortality rate in the world ahead of only Sierra Leone, Central African Republic and Chad. One in three Nigerian children is chronically malnourished.

“The Nigerian government’s Economic Recovery and Growth Plan identify investing in the people as one of three strategic objectives. But the execution priorities don’t fully reflect people’s needs, prioritising physical capital over human capital. People without roads, ports, and factories can’t flourish. And roads, ports, and factories without skilled workers to build and manage them can’t sustain an economy.”

While some politicians agreed with Gates and alleged that President Muhammadu Buhari is a disaster to Nigeria, others, especially the members of the ruling party, All Progressives Congress, argued that the ERDP does not give primacy to human capital.

For instance, a former presidential aide, Mr. Reno Omokri, in his twitter handle, lauded the world second richest man for his true assessment of the Nigerian economy.

He recalled, “The US Congress had noted that Nigeria is one of the most dangerous places to live as a Christian.

Today, @BillGates said Nigeria under Buhari is one of the worst places in the world to be born in. Let this sink in. This is not about Peoples’ Democratic Party or APC. Buhari is a disaster to Nigeria.”

Similarly, Senator Ben Murray-Bruce of PDP, Bayelsa East, also commended the Microsoft founder over his comment on the economy.

Reacting to the comments in a series of post on his Twitter page, the media mogul hailed Gates for telling the present administration the truth.

Murray-Bruce wrote: “The shots fired by @BillGates at @AsoRock today were timely and well said.

“This government has spent three years blaming the previous administration and not enough time preparing its own economic plans and implementing them. It took a foreigner to say this truth to power. Kudos!

“We have been saying these same things for years. When we say them, we are called wailers.

“But @BillGates is not a politician. He is not a wailer. He is a friend of Nigeria who has spent $1.6 billion of his own money trying to help poor people in Africa and particularly in Nigeria.

However, the Kaduna State Governor, Mallam Nasir El-Rufai, has faulted the claim by Gates that the government’s ERGP, does not reflect people’s needs.

He said the emphasis should be to appeal to state governments to provide more money for basic education, primary health care.

He added, “The United Nations recommends that we should budget at least 26 percent of our total budget on education, many state governments are doing that or near that.

“Kaduna State has done averagely 35 percent in the last two years. The World Health Organisation recommends that we budget at least 16 percent of the total budget on healthcare, some of our states are doing 12 and 16 percent and so on.

“Kaduna is doing 16.1 percent, we moved three percent in 2016 to 16 percent today. So the states’ government are scaling up their investments in healthcare but we need to do more.

“This is the message of Gates and Dangote, we need to do much more at the sub-national level.

“It is not the ERGP that needs adjustments, it is the budgeting that needs to be ramped up in these two key areas because these are where the problems are.

“If a child losses equality education, he is done for life. If a child doesn’t get quality healthcare in the first two years, he is destroyed for life. This is the message that we invest more at the lower level so that we prevent this disaster from happening.”