Nigeria: A Cage Giant Waiting For The Gains Of Independence 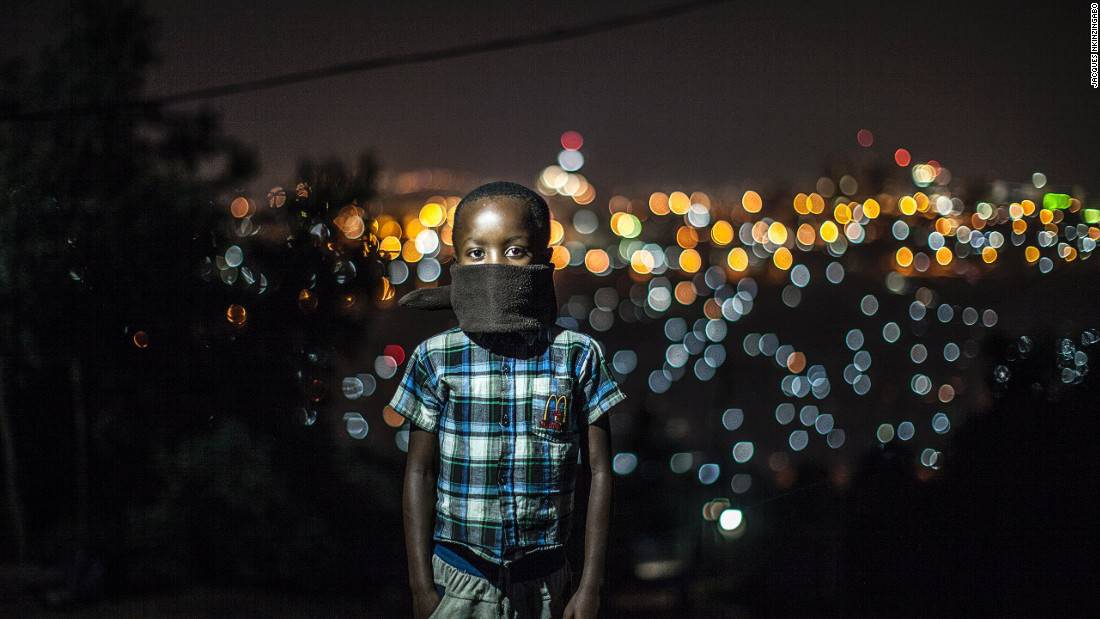 57 years after Nigeria’s independence from Britain, the economy and living standard of Africa most populous nation can best be described as a rollercoaster. A country endowed with enormous natural resources, intellectual and enterprising citizens still wallows in poverty, political corruption, and a leadership vacuum.

Not once, not twice, for too long; the hankerings for meaningful socio-economic development and good governance in Nigeria have been coming. But they seemed too far beyond the reach of many, the ordinary Nigerians especially.

Since the country’s independence from the British Colonial masters in 1960, the nation has witnessed different systems of government. A Presidential system of government, Parliamentary, military- but none appeared to have the lasting solution to its many challenges-ailing health sectors, stop-start educational system, dwindling economy, widespread unemployment, poverty and the shortage of infrastructure.

Nigerians, no doubt, must have now learned how to put up with the present state of things in the nation. But the situation, in itself, raises more concerns than hope. Unarguably one of the most endowed countries in the world, why Nigeria is slacking on major global developmental indices remains a puzzle, yet to be unraveled by any.

“The Nigeria Project: Is it Working? My answer is clear. It is not working,” says Prof. Itse Sagay, SAN, Nigeria’s Chairman of the Presidential Advisory Committee on Anti-corruption, PACAC, while delivering a paper at the 2011 Law Week Of Delta State University Oleh, titled: “The Imperative For True Federalism.”

“…only a bloody revolution will remedy the situation. That was how France was saved. I want a wholesome transformation (of the Nigerian society through) …a bloody revolution. We need a revolutionary change, a bloody one and those who survive will pick up the pieces. I do not see the country being saved other than through a bloody revolution,” Prof. Ben Nwabueze, another foremost lawyer in the country was quoted as saying during a book launch in Lagos.

Power at all cost

Nigeria’s post-independence experiment has shown desperation for power at all cost among the political class. The country’s first military coup, regardless of the many reasons given, was arguably fuelled by such quest and the trend has since become a norm in Nigeria’s political sphere, even after the country’s return to democracy in 1999.

President Olusegun Obasanjo, despite ruling the country for eight years following his emergence in 1999, still sought a third term until his plan hits the rock. His successors, except late Umaru Musa Yar’Adua, who died in office in 2010, have also in one way or the other demonstrated this trait.

Erstwhile President Goodluck Jonathan, for instance, sought a second term bid after six years in office before President Muhammadu Buhari ousted him during the 2015 polls.

Prior to that, Buhari had contested 2003, 2007, 2011 elections before he succeeded at his fourth shot at the presidential seat and now, former Vice President, Atiku Abubakar is at it. His defection from the ruling All Progressives Congress, APC, in November to the Peoples Democratic Party, PDP, the country’s major opposition party, was arguably buoyed by his interest in his country’s most coveted office.

While many may argue that there is nothing wrong with such pursuit, some believe that public interest is always sacrificed on the altar of such desperation, when the candidate eventually gets to power.

In his work, “Politics in Nigeria: A Perspective From Pre And Post Independence Days,” Prof. Sagay questioned the Psychological Orientation of the current make up Nigerian political elites.

In what appeared to be a comparative analysis of the present Nigerian politicians and the past, he observed: “Whatever difference they had amongst themselves, the political elite of the pre-independence era and the first Republic, 1960 – 1966, had one thing in common, the spirit of wholehearted service without personal gain. Ahmadu Bello, Abubakar Tafawa Balewa, Nnamdi Azikiwe, Obafemi Awolowo, all wanted to serve and sacrifice for Nigeria or their Regions in Nigeria.

“There was not a whiff of corruption, acquisition, accumulation of wealth, etc., in any of these great men and their colleagues and followers. The only benefit they enjoyed in governance was to see Nigeria, grow, develop and progress.

“Some of them (notably Ahmadu Bello) might have been justifiably accused of being ruthless and oppressive in the pursuit of power or even of election malpractices, but once in power, they worked tirelessly to promote the interest of the people without a thought for themselves.

“There is a total lack of patriotism or a spirit of public or national service. They are in politics to make a quick fortune. The saddest part of it all is that the younger the politician, the greedier, more corrupt, and rabidly anti-social he is.” pdf

It is unarguable that the people remain an integral part of any democratic setting. The saying: “The power of the people is greater than the people in power,” aptly mirrors this reality.

But the reverse has been the case in Nigeria, some argued.  When taken into consideration, the level of people’s participation in governance has been poor. The reason for this, many argued, is due to the people’s apathy towards governance.

While many will blame the political class solely for Nigeria’s woes, other believed that the people also have a share of the blame as they decide what becomes of the country. They argued for instance that a country’s progress or backwardness is pinned to the functionality of its system, which has people at its core.

This appeared to have played out during the June 12, 1993, Presidential election held in the country which saw the emergence of Moshood Abiola of the Social Democratic Party, SDP, as the President. The 2015 general elections also showed that power resides in the people in a democratic government.

Many therefore argued that until Nigerians see themselves as critical stakeholders in the development of the country, their quest for prosperity will continue to remain a mirage.

As the country gears up for another election, many argued that the credibility of who emerges at the helm of the country’s affairs depends largely on the people, especially now that the Nigerian politics is going the way of marketing: identifying peoples need and satisfying it.

During the 2015 general elections, for instance, APC, the country’s major opposition party, garnered the votes of many. APC got the peoples support because of its campaign strengths, which were drawn from major issues confronting the nation. APC was able to tap into the nation’s craving for change as the country was faced with corruption, insurgency, chibok girls, as well the perceived personality of its candidate, Buhari supposedly. The post election may have gone below the expectations of many, but many believe replicating such level of reasoning at the future polls remains the country’s first step to getting good leadership.

At the moment, there are calls for restructuring, #NotTooYoungToRun bill, among others and these would form the manifestoes of parties as the 2019 election closes in.

In the recent time, the country’s political atmosphere has become volatile than ever, due to various agitations across the country. Many have suggested several measures, which to them, are capable of pulling the country out of the woods. Calls for restructuring, a revolution, secession and of recent, giving of government to the youths have all been identified as the way forward.

However, whether the measures identified will genuinely address the real issues confronting the nation remain a huge concern. Restructuring, if achieved, for instance, may not address other attendant issues such fear of the minority. It also remains unseen whether or not a youthful government, as clamored in some quarters, will bring any ideological change to governance in the country if the given a chance.

In all these, the country’s diversity appeared to have posed an even greater threat to the socio-economic development of the nation. The religious, ethnic and cultural configurations of the nation hardly allow speedy implementation of issues, promoting nothing bureaucracy in the long run. The 2014 National CONFAB held under President Jonathan to chart a new course for the country is an excellent example of this.

Vice President, Prof. Yemi Osinbajo’s may be making sense when he claimed Nigeria’s diversity remains its strength, but reality suggests the contrary. Nigeria’s major problems have, to a greater extent, stemmed out of these divides.

The critical issue confronting the nation now should be how to give every region in the country a sense of belonging. The various events that shaped 2017- renewed agitations for Biafra, restructuring, constitutional amendment among others- are clear-cut indications that urgent reform is needed to keep the country together. This, not President Buhari’s non-negotiable stance, will bring the nation together and ensure its sustainable development.