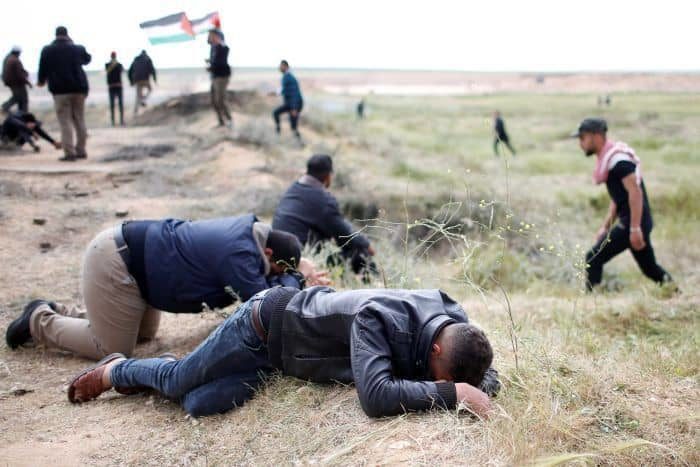 17 Palestinians were killed by Israeli forces on Friday, prompting a national day of mourning.

The deceased were killed during a major demonstration for the 42nd anniversary of Land Day, an annual commemoration of the Israeli government’s announcement to expropriate contested land and of the subsequent killings of six-unarmed Palestinian demonstrators by Israeli forces.

According to the Palestinian Ministry of Health, besides those killed, over a thousand more were wounded when the Israeli forces used live ammunition and tear-gas against the demonstrators. The ministry also cites that most of the injuries were due to live fire, rubber bullets, and tear-gas.

This incident has sparked outrage. Adalah, a legal organization for Palestinian rights in Israel stated “Live gunfire on unarmed civilians constitutes a brutal violation of the international legal obligation to distinguish between civilians and combatants,” The group also stated that it would launch an investigation to seek justice.

The UN Security Council held an emergency meeting late Friday. However, nothing came of it. Kuwait’s Ambassador, Mansour al-Otaibi, who called the meeting did not hide his disappointment. Saying “People in occupied Palestine are disappointed that the Security Council met, but did not take action yet to stop this massacre and to hold those responsible to account.”

Additional countries, outside of the context of the UN Security Council, have also condemned the events.

“As an occupying power, Israel bears responsibility for what happened in Gaza today, as a result of the Israeli violation of the Palestinian right to protest peacefully and the use of excessive force against them.” said a Jordanian government spokesperson.

In 2012, Malala Yousafzai was shot in the head by the Taliban for advocating for female education.

Six years later, now a Nobel Peace Prize winner, Malala has returned to, Mingora, her hometown in Pakistan for the first time since she was shot. Her trip is expected to last four days, and she will reportedly spend the time speaking at events and surveying the town.

When asked about how emotions upon returning, Malala replied “When I gave my first talk… I just could not stop my tears. It is emotional–I’m just so happy to be home and to put my feet on this land again.” 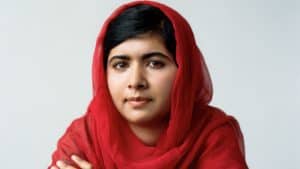 As was to be expected, her trip to Pakistan was well coordinated, as her safety is key. Nevertheless and despite some fears, she remained poised as she spoke to an all-male school. She said “My dream has come true. Peace has returned to Swat because of the invaluable sacrifices rendered by my brothers and sisters,”

20-year-old Malala has been an activist since she was 11 years old when she started writing about life under the Taliban for BBC Urdu. By age 15, the age of her attack, she was known for speaking publicly about the injustices they faced despite being actively and frequently threatened by members of the Taliban. Since then, she has continued to be an advocate for education and other human rights. Working with various organizations such as Amnesty International. And, in 2014, becoming the youngest person ever to win a Nobel Peace Prize.

She now attends Oxford University in the United Kingdom and is still very much the champion of her own tragedy.

This is best exemplified In a tweet to celebrate her first day of University, in which she said “5 years ago, I was shot in an attempt to stop me from speaking out for girls’ education. Today, I attend my first lectures at Oxford.”

In the latest case of alleged police brutality and excessive force comes from Sacramento, California. Where a 22-year-old unarmed black man, Stephon Clark, was fatally shot in a family member’s backyard.

Stephon Clark’s death has made its way to public discourse as he is now seen as another martyr in the fight against the influence of racism in police brutality. A cause championed by the Black Lives Matter movement. Shortly after Clark’s death was made public and again after the autopsy report on Friday, activists organized and marched through downtown Sacramento. Demanding that the two offers involved be fired.

The autopsy, which was conducted by the famous Dr. Bennet Omalu and commissioned by the victim’s parents found that Clark was shot eight times in his lower back. Shoulder, neck armpit, and leg. Dr. Omalu explained in a press conference held on Friday that Clark was shot from behind and sustained severe damage to his body such as shattered vertebrae, collapsed lung and a broken arm. 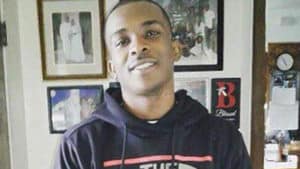 Though this information was freely given to the public, Sacramento police declined to comment on the autopsy report. Calling it “Inappropriate” due to the ongoing investigation.

The evidence, in this case, is body camera footage provided by the Sacramento police. They claim that he appeared to be armed and dangerous. Following the shooting, they can be heard asking if he is okay and saying “We need to get you medics, but we can’t go over to get you help unless we know you don’t have a weapon.”

With contradicting narratives,  all parties are left waiting for the conclusion of the official police investigation.