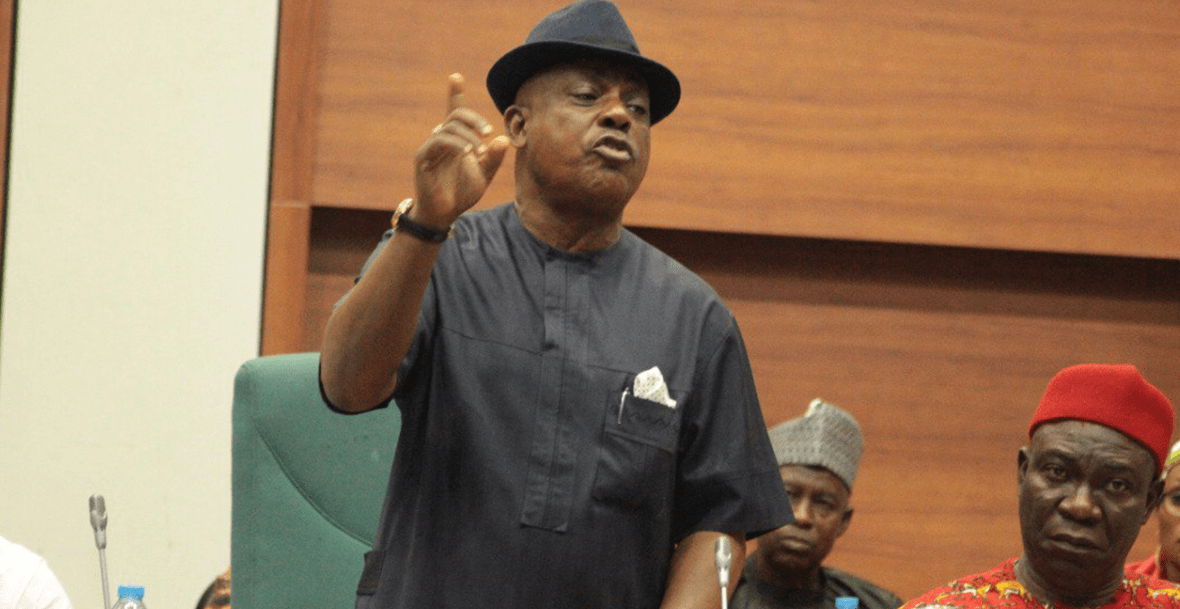 Following his inclusion in looters’ list which was recently released by the Federal Government, the National Chairman of the Peoples Democratic Party, Mr. Uche Secondus, has dragged the Minister of Information and Culture Alhaji Lai Mohammed to court for defamation of character.

In the looters’ list that was released and announced at the hearing of the public by the minister of information and culture, the PDP’s national chairman was mentioned to have looted the sum of N200m.

The PDP chair was alleged of collecting the N200m from the former National Security Adviser.

The development led to the legal action taken by the PDP chairman whose lawyer, Emeka Etiaba, had written to the information minister, seeking the immediate retraction of the National Chairman’s name on the list,  with the payment of a sum of N1.5b as damages and the public apology within 48 hours.

The letter from the legal adviser- which was made available to our correspondent-requested Alhaji Mohammad to “note that if he fails to meet their demand after 48 hours, ” We shall within 72 hours from today, proceed to a court of competent jurisdiction to ventilate our clients right under the law and shall further seek the protection of the court against you”

Having failed to meet the demand, Prince Secondus on Friday April 6, 2018, made good his threat and filed a suit at the Port Harcourt, High Court, Rivers State claiming among other things that the court awards to him the sum of N1.5b being damages for humiliation, castigation, vilification attack on his person and integrity as a result of the publication.

According to a statement from the PDP National Chairman’s media office and signed by his Spokesperson Ike Abonyi, Secondus in the suit no/PHC/1013/2018 also claimed that Lai Mohammad’s publication is defamatory and is asking the court to direct him to retract the said publication and apologize in writing.

“Publish the retraction and apology in all the social media including but not limited to the Following newspapers, the Nation, Thisday, The Sun, Guardian, and Punch as well as in The following television channels, NTA and Channels Televisions among others where the defamatory story was published.Secondus is also asking the court for a perpetual injunction restraining the defendant from further publishing defamatory materials against him.”

Joined in the suit are the Federal Government of Nigeria through the Attorney General of the Federation and the Vintage Press Ltd, publishers of the Nation Newspapers.