Week in Review: Troops sent to the border as Trump ends “Catch and Release” 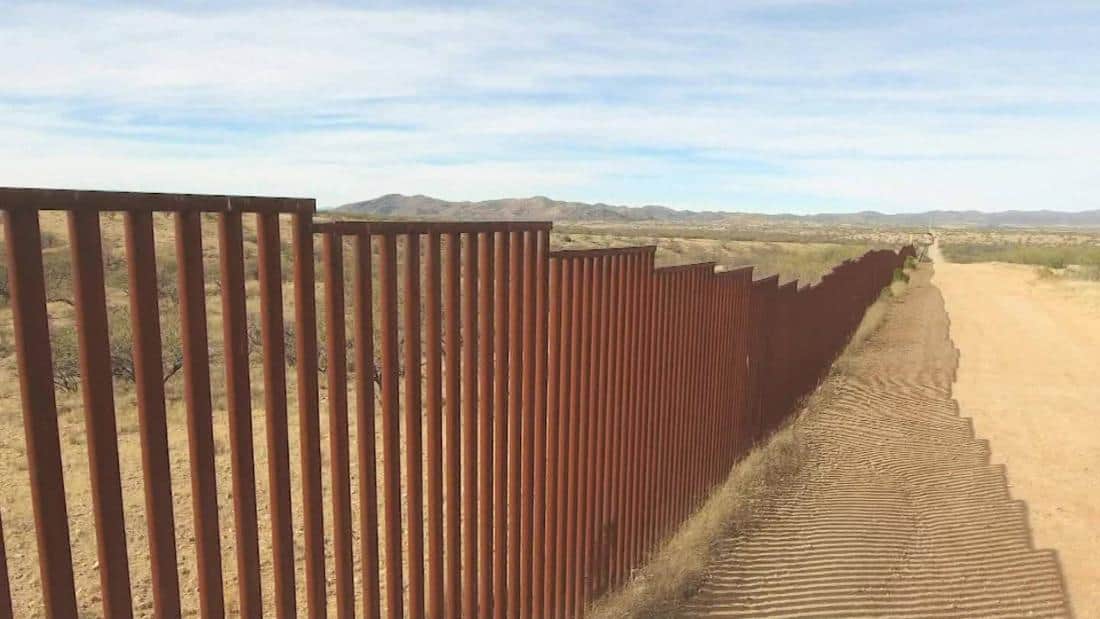 The existing border wall along the U.S southern border.

This policy is just one of many of Trump’s proposed plans for reforming the country’s immigration system and, cutting down on illegal immigration specifically, illegal Mexican-immigration. During his ongoing stint as a politician, including his campaign, Trump has profusely expressed his disdain for what he sees is lack of action in protecting the nation’s Southern border. Infamously, his presidential campaign announcement speech was on this very topic though accompanied by a slew of politically-incorrect descriptions of undocumented Mexican immigrants.

In addition to ending Catch and Release, President Trump has ordered the deployment of troops along the southern border. He directed Defense Secretary James Mattis to use the U.S National Guard and Department of Homeland Security to secure the borders of four southwestern states.

Texas, a southern state, has already deployed 250 National Guard troops to the Mexican border. All of which will be on a post by Monday the 9th of April.

Though he has implemented these plans, Trump’s premier immigration policy; the border wall, has yet to be funded or approved by Congress. And, Trump has yet to convince the Mexican government to pay for said wall.

As a result of national and international backlash following recent elections around the world, Facebook has decided to implement new advertising policies aimed at subverting the distribution of politically-motivated misinformation.

Dubbed “fake news” this phenomenon is, in some circles, given credit for the rise of presidential candidate Donald Trump. As campaign advertising is a regulated form of political speech, fake news is the center of several investigations concerning its use by adversarial governmental entities to prop a favored candidate.

In a post on his official Facebook account, CEO Mark Zuckerberg wrote: “With important elections coming up in the US, Mexico, Brazil, India, Pakistan and more countries in the next year, one of my top priorities for 2018 is making sure we support positive discourse and prevent interference in these elections.” 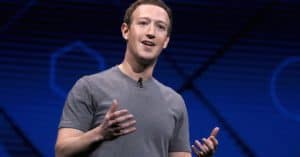 “After we identified Russian interference in the 2016 US elections, we successfully deployed new AI tools leading up to the 2017 French, German, and Alabama Senate special elections that removed tens of thousands of fake accounts. Earlier this week, we took down a large network of Russian fake accounts that included a Russian news organization.

First, from now on, every advertiser who wants to run political or issue ads will need to be verified. To get verified, advertisers will need to confirm their identity and location. Any advertiser who doesn’t pass will be prohibited from running political or issue ads. We will also label them and advertisers will have to show you who paid for them. We’re starting this in the US and expanding to the rest of the world in the coming months.

For even greater political ads transparency, we have also built a tool that lets anyone see all of the ads a page is running. We’re testing this in Canada now and we’ll launch it globally this summer. We’re also creating a searchable archive of past political ads.

Second, we will also require people who manage large pages to be verified as well. This will make it much harder for people to run pages using fake accounts, or to grow virally and spread misinformation or divisive content that way.

In order to require verification for all of these pages and advertisers, we will hire thousands of more people. We’re committed to getting this done in time for the critical months before the 2018 elections.

These steps by themselves won’t stop all people trying to game the system. But they will make it a lot harder for anyone to do what the Russians did during the 2016 election and use fake accounts and pages to run ads. Election interference is a problem that’s bigger than any one platform, and that’s why we support the Honest Ads Act. This will help raise the bar for all political advertising online.”

Douma, a city next to Syria’s capital, Damascus, was struck with a chemical attack this week. Killing 70 people thus far and injuring hundreds more. 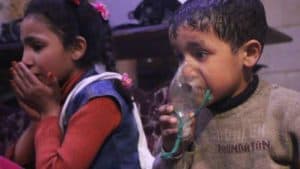 According to Al Jazeera, most of the fatalities were women and children. The head of rescuers from The White Helmet said “Seventy people suffocated to death and hundreds are still suffocating” adding “White Helmet volunteers are trying to help the people but all that we can do is evacuate them to another area by foot because most of the vehicles and centres went out of service.”

Reports and occasional videos from Douma show that several citizens have taken shelter in basements and cellars. Both Syrian and Russian forces deny responsibility for the attack though it is reported that pro-government forces, in response to an attack on Damascus, executed the chemical offense in Douma.

Van drives into a crowd in Germany

Two people were killed in Muenster, Germany due to a rogue van driving into people in the city’s old town.

The unidentified driver shot and killed himself on the scene after driving a grey van into the populated area. Resulting in the death of two and leaving 20 more injured. 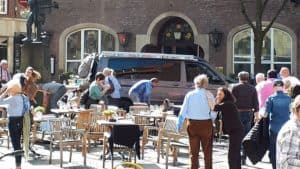 The perpetrator’s van following the attack.

This case is gaining international news due to internet-wide misinformation. As reports of the incident surfaced many were quick to label it an Islamic attack, as it mimicked recent massacres in Europe. Most notably, Nice, France. However German law enforcement quickly dissolved the rumor by announcing that the deceased perpetrator was a German citizen.

German Chancellor Angela Merkel commented on this incident by announcing the launch of a full investigation. Adding ““I’m deeply shocked by the awful events in Muenster–Everything conceivable will now be done to clear up what’s behind this act and to support the victims and their families.”