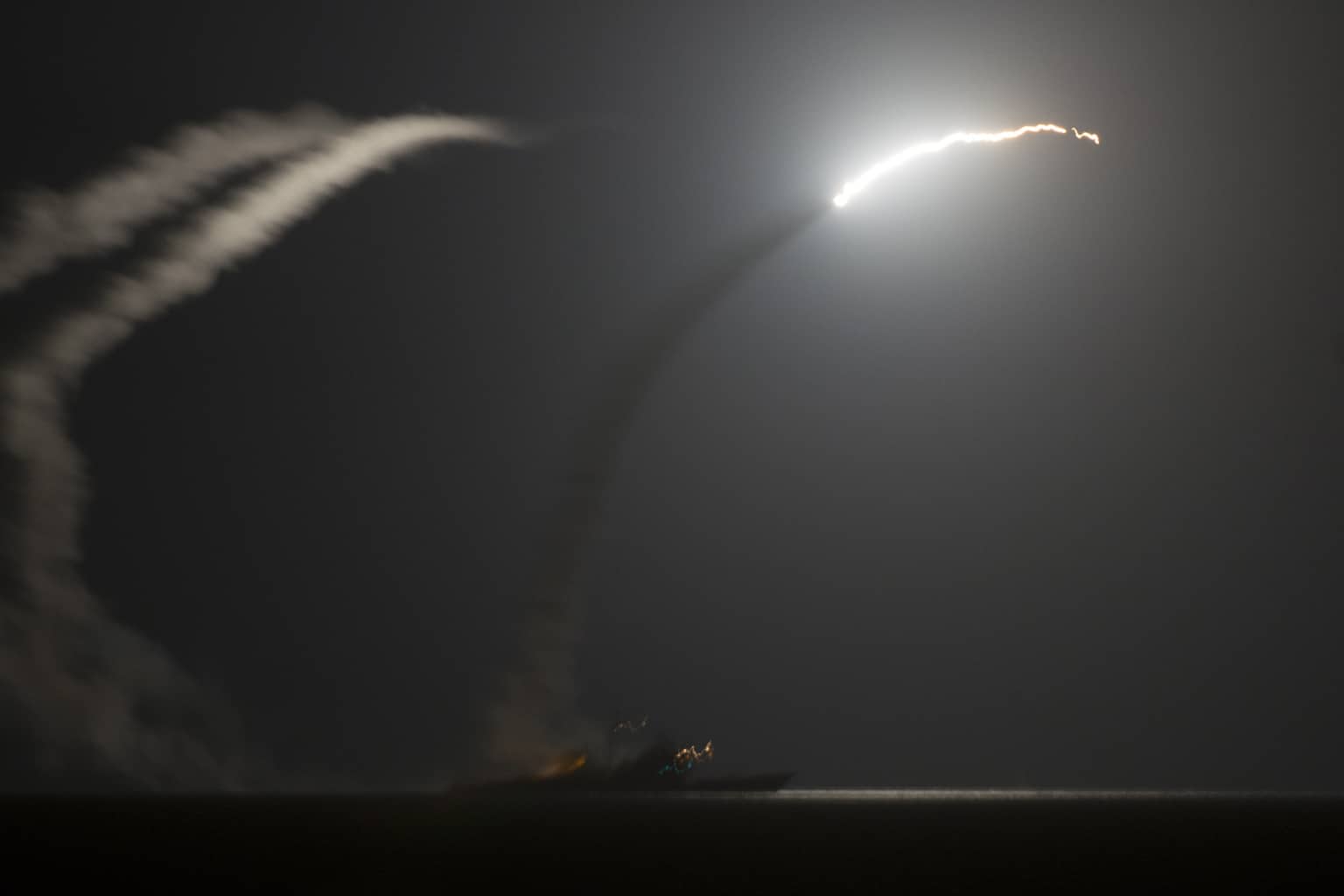 Trump said the United Kingdom and France are participating in the attack but did not provide additional details. Trump said, “The combined American, British and French response to these atrocities will integrate all instruments of our national power: military, economic and diplomatic.”

Trump said the US would sustain the response until Syria stops the use of chemical weapons.

Trump said the purpose of the strikes is to degrade the Syrian Regime’s chemical weapons capabilities but “America does not seek an indefinite presence in Syria.”

Late Thursday evening Reuters reported, “A Reuters witness heard a series of loud blasts in the Syrian capital Damascus early on Saturday as the United States announced it had carried out air strikes along with France and Britain.”

The President blamed Iran and Russia for last week’s chemical attack. Trump said, “What kind of a nation wants to be associated with the mass murder of innocent men, women, and children?”

The story is breaking and will be updated.