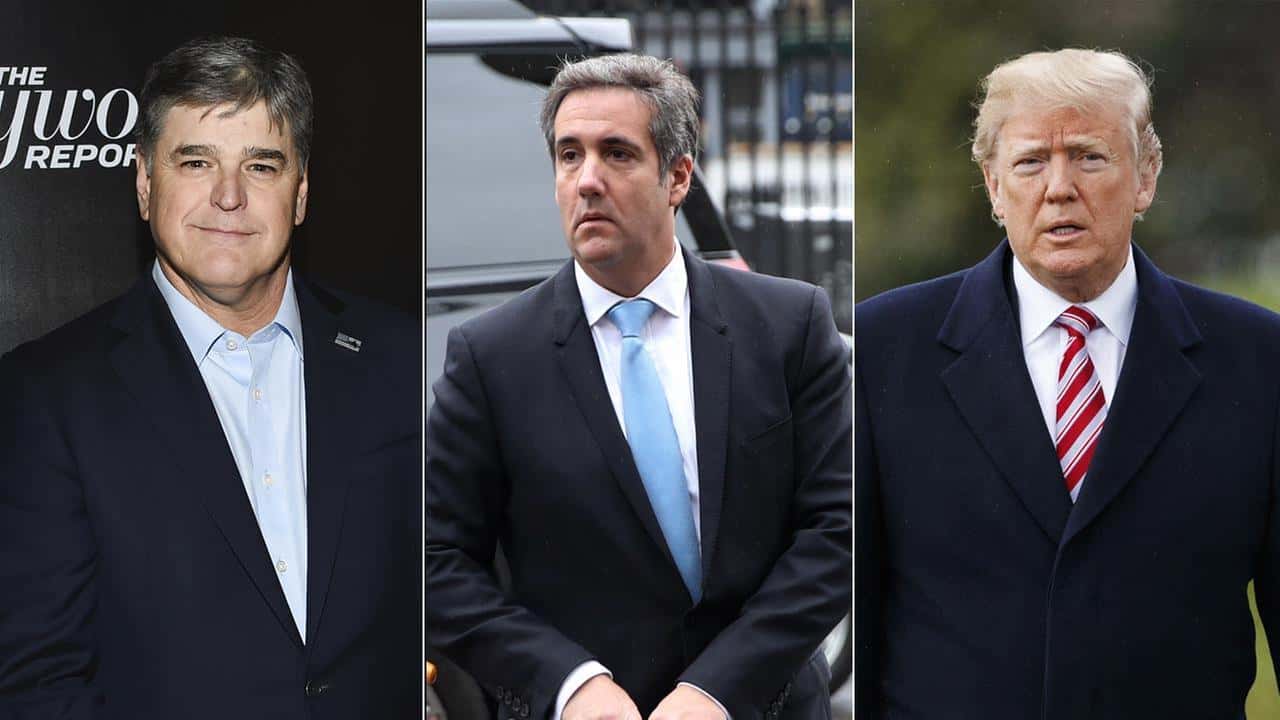 Cohen had told the court his 2017-2018 clients included President Donald Trump and former RNC Deputy Finance Chair Elliot Brody. Cohen negotiated a $1.6 million payout to a former Playboy model who Brody had an affair with.

Hannity responded to the disclosure on his radio show on Monday afternoon. Hannity said, ”I’ve known Michael a long, long time. Let me be very clear to the media. Michael never represented me in any matter. I never retained him in the traditional sense as retaining a lawyer. I never received an invoice from Michael. I never paid legal fees to Michael.”

Hannity said he had “brief discussions with him (Cohen) about legal questions about which I wanted his input and perspective.”

Hannity suggested Cohen did not serve as a “fixer” for him and did not negotiate a third party payment. Hannity said, “Not one of any issue I ever dealt with Michael Cohen on ever, ever involved a matter between me and any third party.”

After the proceedings, Judge Kimba Wood rejected Trump lawyer’s request for a preliminary injunction. The President wanted to review all materials for attorney-client privilege before prosecutors were to be permitted access. Wood also ordered prosecutors share the seized materials with Cohen’s attorneys. Cohen’s lawyers were instructed to determine which items may be subject to attorney-client privilege.

Wood agreed to make a final determination about attorney-client privilege after both parties review the documents. The judge will also determine if a government, investigative “taint team” or a court-appointed “special master” will need to review the materials.

Stephanie Clifford (Stormy Daniels) and her attorney Michael Avenatti attended the court proceedings. Clifford is not directly involved in the criminal investigation of Michael Cohen but is suing President Trump and Michael Cohen for defamation of character and dissolution of a Non Disclosure Agreement related to a $130,000 payoff.

Avenatti told MSNBC’s Ari Melber he had to be present in the courtroom to protect any evidence that might be relevant to his client’s case. Avenatti said, “There was a reason for us to be there because there are documents that were seized in connection with these raids that relate directly to our civil claim. A whole host of documents that are important to us that the integrity of those be maintained.”

Speaking to reporters outside the courtroom Clifford gave her word that she and Avenatti are committed to “making sure everyone finds out the truth.” Clifford said, “For years Mr. Cohen has acted like he’s above the law. He has considered himself and openly referred to himself as Mr. Trump’s fixer. He’s played by a different set of rules, or shall we say, no rules at all. He has never thought that the little man or especially women, even more, women like me matter. That ends now.”