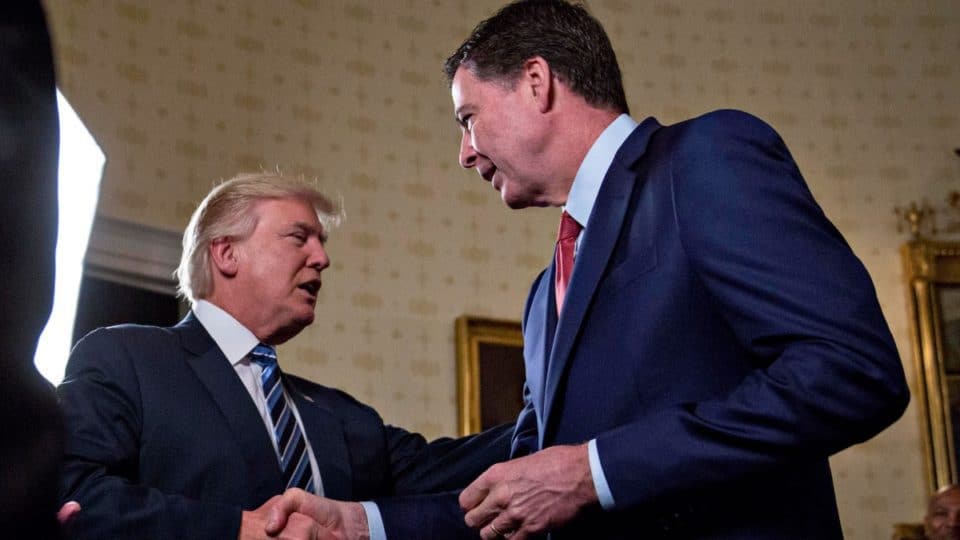 Former FBI director James Comey’s classified memos written when he was working for the Trump administration were released Thursday night. The memos detail phone calls and in-person meetings between Comey and President Trump.

Though the memos are partly redacted, many admissions add more context to events described in Comey’s recently released book, “A Higher Loyalty: Truth, Lies, and Leadership.” The memos were often written immediately after Comey’s interactions with President Trump because he says he was worried the president might lie about the conversations.

The memos describe events especially relevant to Special Counsel Robert Mueller’s current investigation into the Trump administration. Trump asked Comey to publicly announce he was personally not being investigated in relation to Russian interference in the 2016 election.

Comey said he felt uncomfortable with interactions he had with President Trump and then chief of staff Reince Priebus about former national security advisor Michael Flynn.

While Comey was serving as FBI director, Flynn was under investigation by FBI about the interactions he had with former Russian diplomat  Sergey Ivanovich Kislyak. He has since pled guilty to the charges and admitted he lied to FBI agents and Vice President Mike Pence about communicating with Russia.

Former chief of staff Reince Priebus asked Comey if the FBI was wiretapping Flynn. Comey said, “I paused for a few seconds and then said that I would answer here, but that this illustrated the kind of question that had to be asked and answered through established channels.”

Another big topic in the memos was former FBI, deputy Andrew McCabe. Trump expressed worry that McCabe was biased against Trump due to negative remarks he made during his campaign about McCabe and his wife. McCabe’s wife ran for Virginia state senate in the 2016 election and received campaign donations from longtime Clinton friend Terry McAuliffe. Trump accused McCabe of being biased in the investigation into Hillary Clinton’s emails because of his wife’s ties to the Clintons. Comey assured Trump several times of McCabe’s neutrality as an FBI employee.

Trump denied reports saying he had associated with Russian prostitutes and no tape of those events existed but claims President Putin told him, “We have some of the most beautiful hookers in the world.” The reports came from a dossier written by a former British spy that said Trump hired prostitutes to urinate on a bed in a hotel in Moscow in 2013 while he was there for the Miss Universe pageant. Comey described Trump as obsessed with the “golden showers incident” and told Comey it was impossible because he did not spend the night in Moscow.

Comey has defended his decision to share the contents of the dossier because Trump needed to know intelligence agencies were investigating the dossier.

The only thing Trump and Comey seemed to agree upon was their concern about leaks to the press by people inside the administration. Comey said, “I said something about the value of putting a head on a pike as a message. He replied by saying it may involve putting reporters in jail. ‘They spend a couple of days in jail, make a new friend, and they are ready to talk.’” Comey laughed but told Trump jailing journalists was difficult due to Justice Department regulations.

Republican House chairmen Judiciary Chairman Bob Goodlatte, Oversight Chairman Trey Gowdy, and Intelligence Chairman Devin Nunes fought for the release of the memos, hoping they would prove Comey was untrustworthy as a source. Unfortunately, Comey’s memos align with stories in his book and with reports about the Trump administration over the past year.